When a Student Missionary Faced an Empty Church 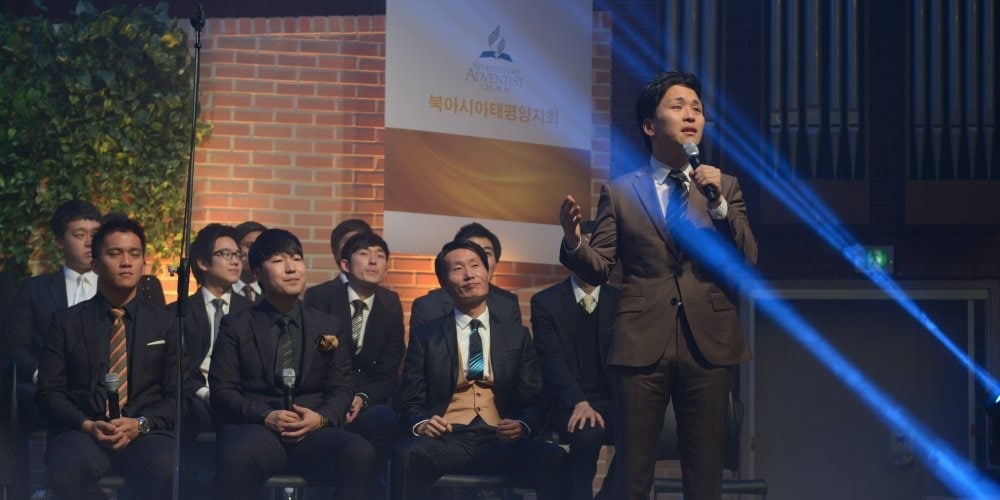 The singing missionary needed an audience.

Kun Chun Park had flown to Taiwan with the Golden Angels, an eight-member musical group, to support a weeklong evangelistic series. But the South Korean-based singers had found themselves singing to a church empty of visitors on opening night, with only the pastor’s family and three or four church members in attendance.

Park prayed and scouted out the area around the church. A hairdressing salon around the corner caught his attention, and he decided to drop in for a haircut.

“My hair was OK, but I decided that I needed to cut my hair again because I wanted to meet some young people,” Park told the
Adventist Review.

He introduced himself to the three young female hairdressers during the haircut.

“I’m a singing missionary from Korea, and I just want to deliver some good news to you,” Park told them. “In our church we are holding an evangelistic meeting tonight, and I would like to invite you to come. If you agree, I will give you a gift, a song.”

Seeing the women’s curiosity, he right away sang a popular Korean song about three bears. Then he sang a second song in English, “Jesus Loves Me.”

The women listened enthralled. When he finished, they immediately promised to visit the church that evening.

To the delight of Park and the pastor, all three showed up for the meeting. The trio returned every evening, and one of them asked to be baptized at the last meeting on Sabbath.

“I was so touched,” Park said. “She was the only person to request baptism that week.”

Today, the woman is a faithful church member, he said.

The Golden Angels singing “To the Lamb” in Mongolian at the Gorkhi-Terelj National Park in Mongolia.

One-Year Student Missionaries With a Song

The Golden Angels is comprised of one-year missionaries from various parts of northern Asia who put their studies and career aspirations on hold to participate in an average of 26 weeklong evangelistic series annually in Hong Kong, Japan, Macau, Mongolia, South Korea, and Taiwan. The group also sings in schools, orphanages, and nursing homes. Its members give Bible studies and invite people to evangelistic meetings by distributing handbills, giving concerts in streets and department stores, and using innovative methods such as Park’s visit to the hairdressing salon.

“Three-hundred and sixty-five days — they are singing every day,” said Jairyong Lee, president of the Northern Asia-Pacific Division. “They are not just good singers. They are singing with a missionary spirit.”

The popular Golden Angels is among the most visible of the youth-focused mission programs organized by the Northern Asia-Pacific Division, with the group releasing a new album and DVD every year. In 2015, the singers also performed at the General Conference Session in San Antonio, Texas, and at a camp meeting in Oklahoma.

The group’s name is a nod to the three angels’ message of the soon coming of Jesus in Revelation 14. Its mission is to praise God, which it reminds concertgoers by printing a passage from Adventist Church cofounder Ellen G. White in its concert programs: “For the human voice in singing is one of God’s entrusted talents to be employed to His glory” (
Evangelism, p. 498).

The Golden Angels was formed in 2004 to support the evangelistic meetings of church planters in the Northern Asia-Pacific Division, whose territory includes China and is the church’s most populous division with 1.6 billion people. The church planters are known as Pioneer Mission Movement missionaries.

“When the Golden Angels come to evangelistic meetings, they are the musical instrument that shares the gospel of Jesus Christ,” said Nak Hyung Kim, director of division’s youth and music ministries, which oversees the Golden Angels.

Kim said young people living in the increasingly secularized societies of northern Asia are drawn to the Golden Angels, whose music sounds like a mix of old-fashioned Heritage Singers and K-pop, a popular musical genre originating in South Korea. In contrast, many congregations in the region worship with traditional church music.

At the concert, the Golden Angels playfully encouraged the audience to clap and use silly hand motions for upbeat songs. They sang in English, Korean, and Chinese. The near-constant smiles on their faces only dissolved into seriousness when they sang earnest tributes to Jesus’ sacrifice on the cross.

“Music is a wonderful gift from God when it is properly used to His glory, and it will bring people to the foot of the cross,” division president Lee said at the concert. “That is what the Golden Angels are doing.”

The Golden Angels singing “He Will Carry You.”

The singers are on the road about 30 weeks a year, and the rest of the time is spent rehearsing — but not in the traditional sense. While the young people practice songs and record music, they also spend enormous amounts of time searching their hearts, asking God to remove impurities and fill them with the Holy Spirit, said Park, who nine years after his visit to the Taiwan hairdressing salon is now the group’s coordinator.

“We have to try our best to have a pure heart always,” said Park, 35, who is also known as David. “Otherwise we are no different from pop stars. If we just sing and hide our worries and sins, then people will not be touched by our songs.”

The Golden Angels live in a dormitory near the headquarters of the Northern Asia-Pacific Division outside Seoul. They eat, sing, and worship together. They receive a small stipend from the division.

Park, a pastor who has led the group for six years, auditions the new singers every year, a task that he acknowledges he has not always appreciated. About three years ago he grew discouraged at the prospect of having to train a new batch of singers yet again.

“It made me tired, the same thing again and again every year,” he said. “I prayed, ‘Lord, do I really need to teach them the songs again?’”

While struggling with discouragement, Park found himself standing near a girl of about 14 at a church in South Korea. Seeking to break the ice, he asked if she liked to sing.

“Will you listen to me?”

“OK you can try,” Park said. “If you do well, maybe in a few years you can be a Golden Angel.”

All Adventist young people in South Korea are familiar with the Golden Angels.

The girl began to sing “The Harmony of Testimony,” a song that Park had written with his wife, a composer. Park was stunned. He hadn’t expected that at all.

“How do you know that song?” he asked the girl.

“I have a Golden Angels CD, and I know who you are,” the girl said. “This is my favorite song. Even though it’s in English, I have memorized the lyrics.”

Park said the girl’s words humbled him into remembering that young people look up to the Golden Angels, giving him more than enough reason to teach and re-teach successive groups of Golden Angels year after year.

“The reason that I serve in this ministry is not just because I like to sing but to sing praises to God,” Park said. “One of the most important things about music is praise for God. I strongly believe that if we praise God more, we will reach more young people, and our churches will grow.”

His belief that praise for God wins young people’s hearts is shared by Sukyoung Back, a South Korean native who sang with the first Golden Angels in 2004 and now works as a missionary in the Middle East and North Africa. She said her Golden Angels experience was not just about singing but was also an opportunity to see firsthand that God touches hearts through music.

“Because of that, I pray earnestly when I sing for people in the Middle East and North Africa,” she said. “I believe the same God will inspire these people through sincere praise.”

The Golden Angels singing “You Are My Hiding Place.” 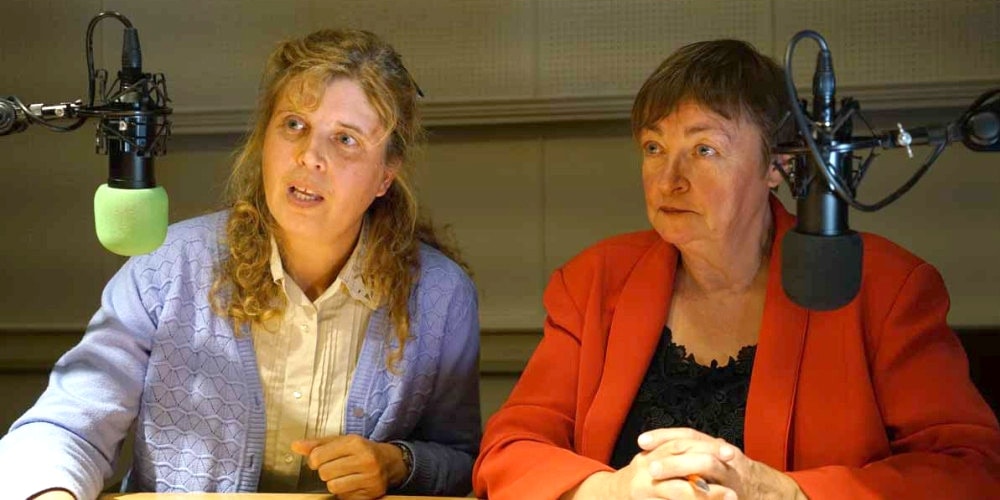