“We Want Jesus to Come” 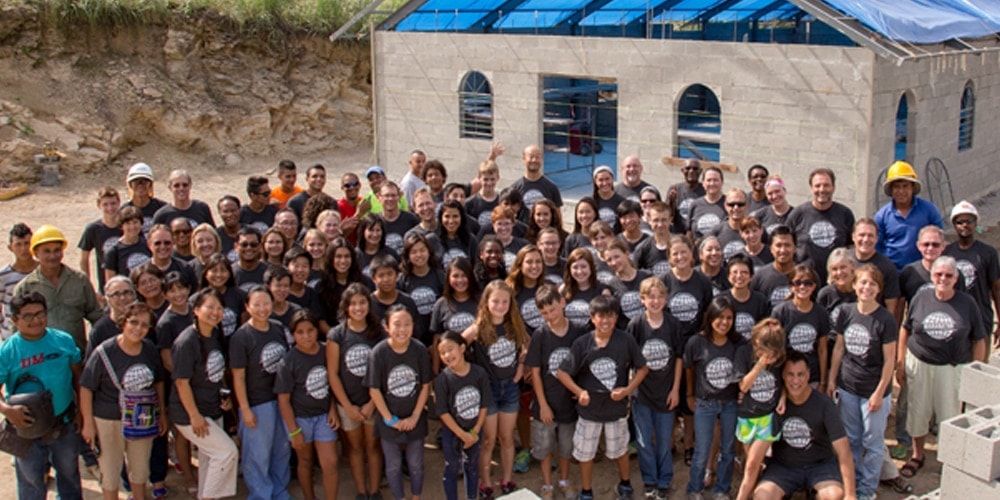 Sabbath is in the air.

It does not matter where you are, what language you speak, and how hectic or unhurried has been your day. When the sun sets on Friday, every Seventh-day Adventist around the world seems to change his or her demeanor, as a heavenly spirit seems to pervade the air and transform every countenance for the better.

The dozens of Maranatha Volunteers International supporters who have flown to Varadero, Cuba for the historic April 22 Cardenas Church dedication are not an exception.

They do not seem to care that the “upper room” provided by the resort hotel for a group meeting is small, stuffy and poorly ventilated. They do not seem to mind that below, unhealthy drinks are poured, while secular music and smoke fill the air. They are not even worried that the resort administration had made clear no religious public overtones are allowed on their premises.

It is Sabbath, and that makes all the difference.

Together, those Seventh-day Adventist professionals and business people—many of them in their 60’s and 70’s—have flown millions of miles to several continents for decades to support the mission of Maranatha. Throughout the years, they have helped build churches, remodel schools, and drill water wells, often in the most unlikely places. They have witnessed miracles and seen God in action. As the decades piled up, they have nevertheless kept supporting Maranatha projects, putting their talents and means to the best use. And this is a moment they do not want to miss.

“Welcome to Cuba!” says Maranatha president Don Noble, who has served in the organization for 35 years. “Tomorrow, you will witness a historic moment!”

For some in the group, it is their first visit to Cuba. Others have lost count of how many times they have flown to the island. But personal experience aside, they are united under the same goal—they want the church to grow because they want Jesus to come.

Noble explains that the motivation for Maranatha is purely a spiritual one. “It’s not just buildings. It’s what those buildings accomplish,” he says. “Frankly, it’s giving people an opportunity to meet God and have an eternal life.”

According to the organization’s website, Maranatha began in 1969, when John Freeman decided he wanted to take his family on a mission trip, specifically so his daughters would have an opportunity to understand the value of service. Freedman, an amateur pilot living in Berrien Springs, Michigan, United States, contacted all the private pilots he knew and asked them to fly down with volunteers to help build the Eight Mile Rock Seventh-day Adventist Church in Grand Bahamas.

The project inspired the creation of Maranatha Flights International, an organization of volunteers who would fly their private airplanes to build churches around the world.

In 1982, the board hired Don Noble to begin running the organization. At the time, the office had a staff of two, and they were organizing just a few projects a year. In 1989, the organization was renamed Maranatha Volunteers International and moved from Berrien Springs to the Sacramento region of California, on the west coast of the United States.

A few years later, Maranatha embarked on a project that changed the organization’s approach to construction. At the urging of a board member, Noble organized a multi-church construction approach in the Dominican Republic. In 1992, 1,200 volunteers converged on the capital of Santo Domingo to construct 25 urgently needed churches. The effort was a huge success and a watershed moment for Maranatha. From that moment on, the organization moved from doing a couple of projects a year to concentrating efforts to build multiple churches in each country it entered.

Throughout the 1990’s, thousands of people got involved with Maranatha projects. After partnering with the world church, large-scale projects were completed in numerous countries.

Today, Maranatha organizes approximately 50 mission trips each year, and more than 2,400 volunteers participate. Thousands more support the mission work through donations. Over the history of the entire organization, nearly 70,000 people have volunteered on a Maranatha project.

Volunteering in a Maranatha project can be a life-changing experience. Ask David Lopez, one of the Cuba trip coordinators. Lopez, 36, was just 14 when he volunteered for a Maranatha project. He acknowledges that after that single project, he was never the same. “After the project was over, I said to myself, ‘I would love doing this on a regular basis!’”

It is exactly what López did, and what he has been doing for the past 11 years as Maranatha Director of Volunteer Projects. In his role, he takes groups of teenagers and their families to remodel, paint, and build church facilities in Bolivia, India or Guyana.

“I want teenagers to have the same transforming experience that I had over two decades ago,” he says.

But Maranatha not only transforms the lives of those who volunteer for their projects, but also the people reached out by their initiatives.

Aldo Pérez, president of the Cuban Union church region, recalled a day later at the Cardenas Church dedication what took place twenty years before when Maranatha was dedicating one of its first church building projects in Cuba, in the eastern city of Puerto Padre.

“As the church was being dedicated, a young man who was walking by stopped to see what was going on,” said Pérez to the over 1,200 leaders, members, and guests who attended the Cardenas dedication. “He went into the church, ended up taking Bible studies, and eventually asked to be baptized.”

The day of the Cardenas dedication, Pérez and others were beaming as they introduced Arnaldo Rodríguez—as the Puerto Padre young boy was called—as the newly appointed pastor for the 200-member congregation.

“Maranatha came, a young man stopped to see what the fuss was all about, and his life changed for good,” said Pérez.

A Part of the Whole

Even though Maranatha fully supports the mission of the Seventh-day Adventist Church, it is not an official entity of the church organization. “In a sense, we are part of every church region, of every field around the world,” says Maranatha executive vice-president Kenneth Weiss. “We regularly deal with all the division [church region] presidents, and with the top church officers at the world church headquarters.”

Weiss explains, however, that Maranatha is independently managed, in the sense that the organization board discusses and decides which projects to support and how to fund them. “Last year, we got involved in around 700 projects,” he says. “But that is just a tiny fraction of the many thousands of requests we receive each year.”

Maranatha leaders, however, are adamant that their goal is not merely erecting or remodeling buildings but drawing more people to the knowledge of God.

“We have learned over the years that when we work on these buildings, it draws people to God,” says Noble. “Maranatha’s sole focus, the core, is giving people an opportunity to choose God in their life.”

It is within this context that buildings become crucial, Noble says. “[People] might not get [the opportunity of choosing God] if they didn’t have a school or a church,” he explains.

Noble, however, says Maranatha is clear about the motivation behind every project, every initiative, every endeavor. “We want Jesus to come,” he says.