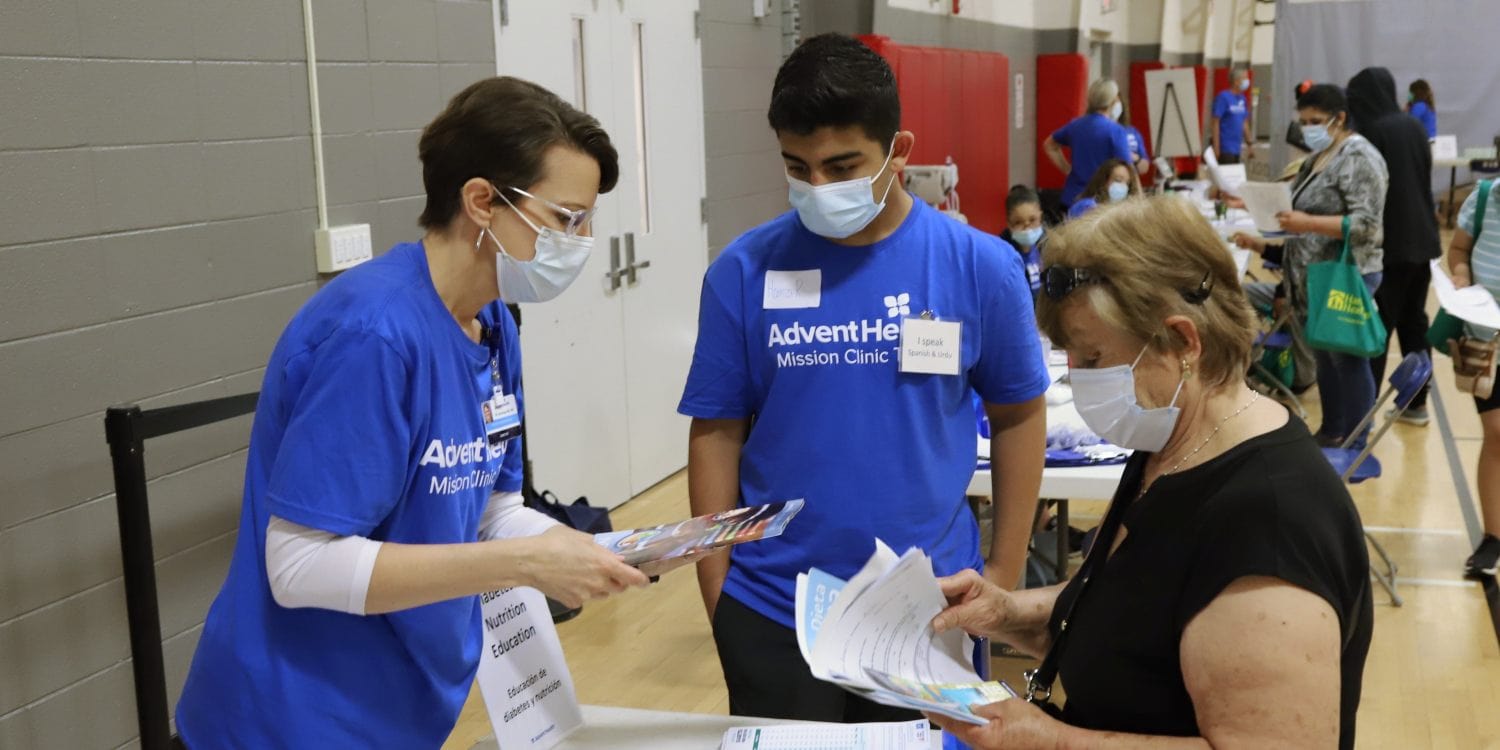 A team of more than 60 AdventHealth-affiliated health-care volunteers in the Great Lakes Region of the United States recently served more than 100 patients at the Glendale Heights Mission Clinic. The initiative was part of a program that provides free medical care and services to underserved members of the community.

The Mission Clinics draw people who have lived in the community for years as well as recent arrivals. Among the children who came to the clinic was a young boy fleeing the conflict in Ukraine and children in a family recently arrived from Colombia.

Lisa Fortman, a family practice physician in the AdventHealth Medical Group, helped care for these and other patients. The Ukrainian boy, who was about 10 years old, had recently come to the U.S. with his mother. He was at the clinic with his uncle, who helped translate.

“At first, he had kind of a scared look on his face, but we were able to give him a little bit of comfort. I even got him to smile,” Fortman said. “I felt I was welcoming him to the U.S. It was an honor and a privilege for me to be able to help in my little way and show that there is still love in this world.”

She also examined the five Colombian children who had immigrated a few weeks earlier, giving them school physicals and answering questions some of the older children had about their health care.

Diane Novak, charge nurse at AdventHealth La Grange, also cared for the Colombian children. “They were there for a couple hours to have access to the resources we were providing,” she said.

“They were trying to make their way in a place they are not familiar with and in a language they don’t understand,” Heather Hoffman, regional director of Clinical Mission Integration for the Great Lakes Region. “We just happened to be present at a time when they really needed help.”

She said the event showed the dedication and compassion of the volunteers, who gave up their time on a Saturday to help others. “These are clinicians who worked tirelessly for the last two years and beyond to take care of people,” she said. “That says such wonderful things about the culture of our team members.”

But Fortman and Novak were quick to say that they felt honored to help at the clinic.

Fortman agreed, saying, “It is our opportunity to use the talents God gave us and extend them to other people, to pour out some of the blessing that we receive in our lifetime to others.

“Being able to connect with other people just makes me smile,” she said. “I always feel good when I come home after a clinic. It gives me a sense of peace.”