US Students’ Mission Trip Results in 222 Baptisms in Cuba Two hundred and twenty-two new believers were baptized in Cuba at the culmination of the “Care for Cuba” Spring Break mission trip hosted by the Theological Seminary of Andrews University, an Adventist-operated institution in Berrien Springs, Michigan, United States.

For nine days, the team of 24 Seminary students and three faculty sponsors led six simultaneous evangelistic series in various parts of Holguin, in eastern Cuba. The team also gave away clothing, musical instruments, 100 bicycles, 20 computers and 12 tablets to pastors and Bible workers who have no transportation or access to Bibles, devotionals or other ministry materials.

On the final night, the six groups joined together in a basketball arena for a worship service ending in a call to baptism, with over 2,000 in attendance. The next morning, after a Sabbath program in the same facility, 222 new believers were baptized.

“A few years ago, it was unthinkable to do religious services in a public arena,” said Fernado Ortiz, director of the Master of Divinity program and Care for Cuba organizer, as he explained that it was only the second religious congress held in Holguín. “None of this would have been possible or even imaginable when public worship or religious activities in a public setting were forbidden.”

Ortiz led his first mission trip to Cuba in 1998. When he became the director of the Master of Divinity program in the Seminary, he united his passion for preparing pastors for ministry with his call to meet the needs of the Adventist Church in Cuba. The result was “Care for Cuba,” the yearly study tour that made history in 2013 as the first North American Adventist educational institution to reach Cuba in almost 50 years.

“For decades, Cuba felt forgotten by the world, even some parts of the Adventist world,” said Ortiz. “Travel and trade from the United States were forbidden for decades, and now it is time to recoup what we haven’t been able to do for 50 years.”

Since Care for Cuba began in 2013, 120 seminarians and seven faculty members have done ministry in Cuba, resulting in over 800 baptisms and hundreds of Cuban pastors and Bible workers equipped to do more effective ministry.

One unique aspect of this year’s trip is the first Care for Cuba youth evangelistic effort, where Seminarians practiced creative evangelism techniques such as a Frisbee ministry. The efforts drew 60-80 youth, young adults and university students to a rented Quaker church each evening.

“It was a true inside look into how to do ministry,” said Samuel Ulett, a trip attendee who will graduate from the Seminary in December. “It was a great learning experience and an opportunity to learn how to do ministry in a different environment.”

The trip not only benefited the Cuban people, but also transformed the ministry of the pastors-in-training who attend.

“What I see for myself in the future is having a church where we communicate and interact with the community like we did in Cuba,” said Michael Shelton, a 2017 trip attendee. “If there’s anything I learned from going to Cuba, it’s the fact that people are longing for healthy relationships. They don’t want to know how much you know about the Bible—they want to know that you care about them, and that’s what it’s all about.”

Leif Cano, who will also graduate from the Seminary in December, agreed: “In the future, I want to do more of this with my church—go out to different places, and reach out in our community to those who are in need.”

Past Seminary students have been so inspired by the trip that they have organized Care for Cuba fundraisers and even led their own mission trips to Cuba.

“The trip had such a big impact on the students because they learn the New Testament model of evangelism, which cannot go wrong anywhere,” Ortiz said. “They learn that evangelism is a lifestyle. They may not win 222 people in one year, but certainly, they can do effective outreach.”

Profile
A Mission Trip in Their Own Backyard
In the U.S., Tennessee church members reach out to residents in southern Georgia. 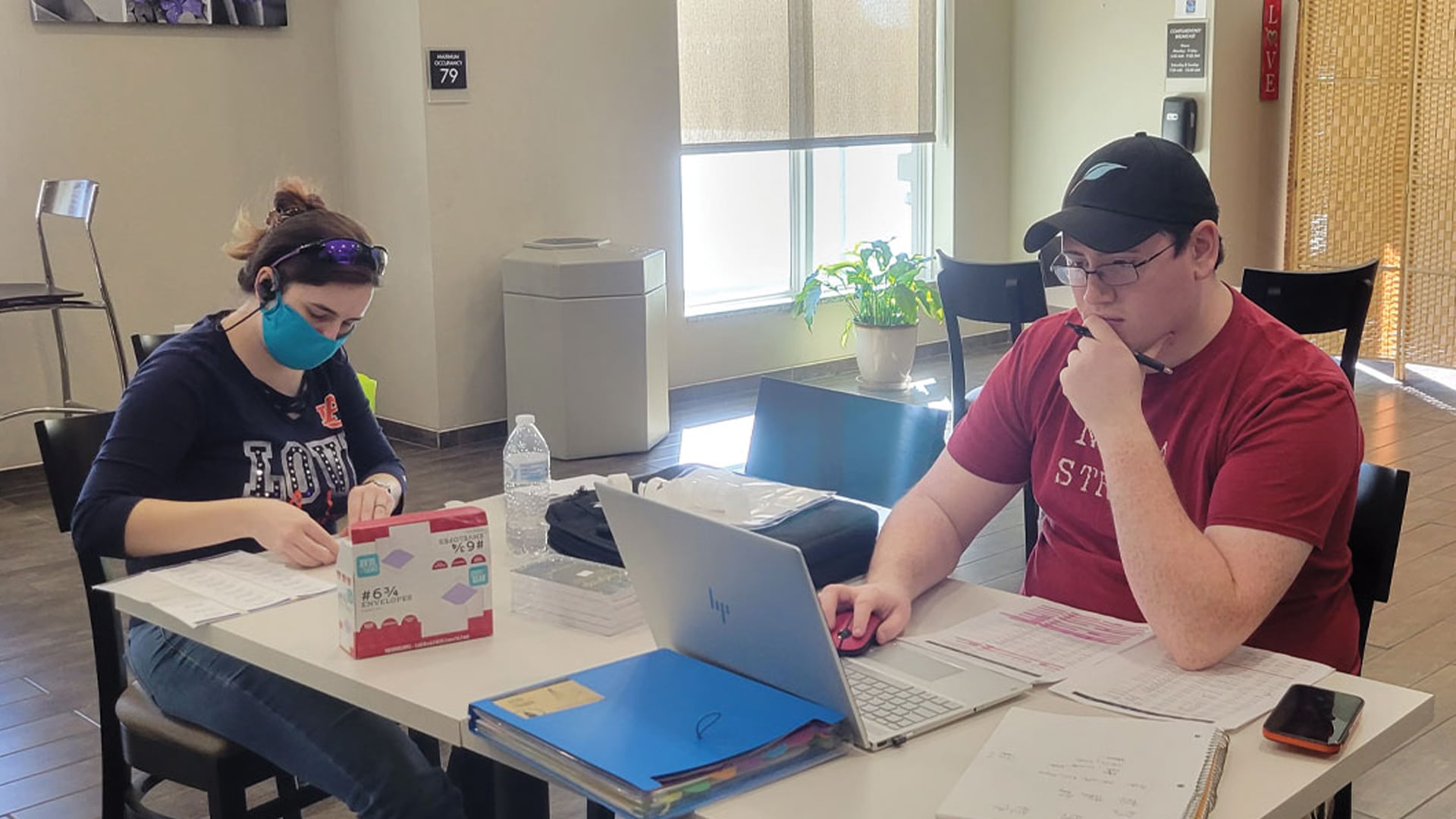