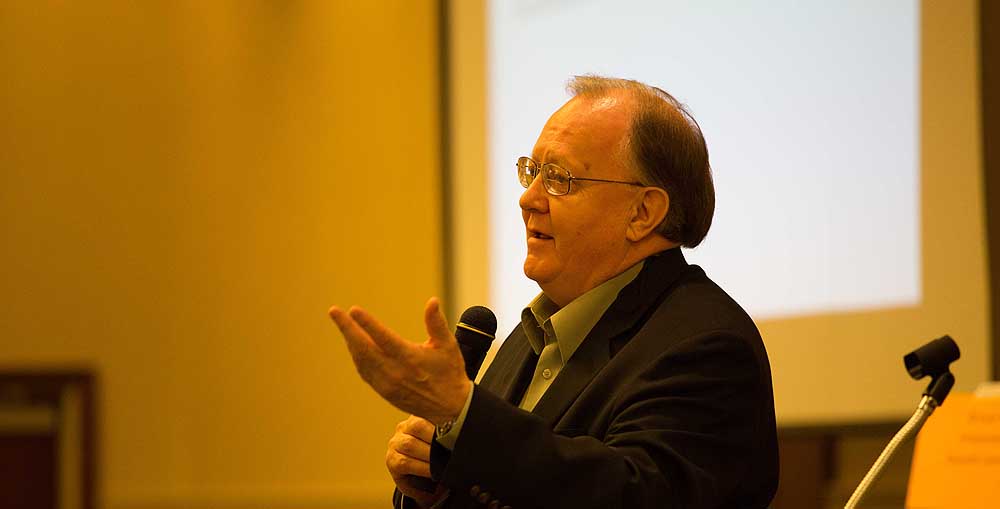 An historic meeting of administrative leaders of the Adventist
Church in North America met near Dulles Airport outside Washington D.C. on May
13-15, 2014, to discuss the future of the church and its structure,
organization and mission. It is the first time presidents, executive
secretaries, and chief financial officers of each of the church’s
administrative units, conferences, and unions, have met in a joint session.

The conference began with church leaders, including education,
and healthcare leaders, expressing a strong willingness to place the needs of
the church’s effectiveness and mission before their own position. When asked,
an overwhelming 95 percent of attendees said they would be willing to sacrifice
their position if it would help further the mission of the Adventist Church.

The delegates welcomed the voted result with strong
applause. “It is so wonderful that this body of North American church leaders
came to this extraordinary meeting with open hearts and open minds,” said Dan
Jackson, president of the Adventist Church in North America. “This selfless
spirit demonstrates a real desire to honestly examine our current
organizational and missional delivery systems and how they need to be adapted
to make the Adventist Church more relevant to our communities in the 21st
century.”

Titled “Shaping the NAD of Tomorrow,” the conference featured
presentations on the changing face of the religious environment in North
America, challenges to the Adventist education system, reaching the emergent
secular society, and how governance and organizational structure affect the
efficiency of the church and its mission. After each presentation conference
attendees separated into small groups to discuss issues in one of three
priority areas: mission to contemporary audiences, education, and the church
administrative structure. The points raised by the breakout groups were
synthesized and presented to attendees who then prioritized the issues for
further action. The top priorities selected by the delegates were to:

A
group representative of the church’s diverse membership will be commissioned by
the North American leaders to further study the top priorities and make an
initial report at the NAD Year-end Meeting in November 2014.

Prior
to the conference more than 470 church pastors, educators, administrators, and
retirees, throughout the North American territory were surveyed on a variety of
topics. The response rate was 72 percent, which, according to survey analyst
Karl Bailey, was “nearly unheard of” for participation in an anonymous survey.
The results of the survey were evaluated and presented by Bailey and Duane
McBride from the Behavioral Sciences Department of Andrews University. These
survey results were used to support the subjects that were presented at the
conference.

--Communication
Department of the Seventh-day Adventist Church in North America