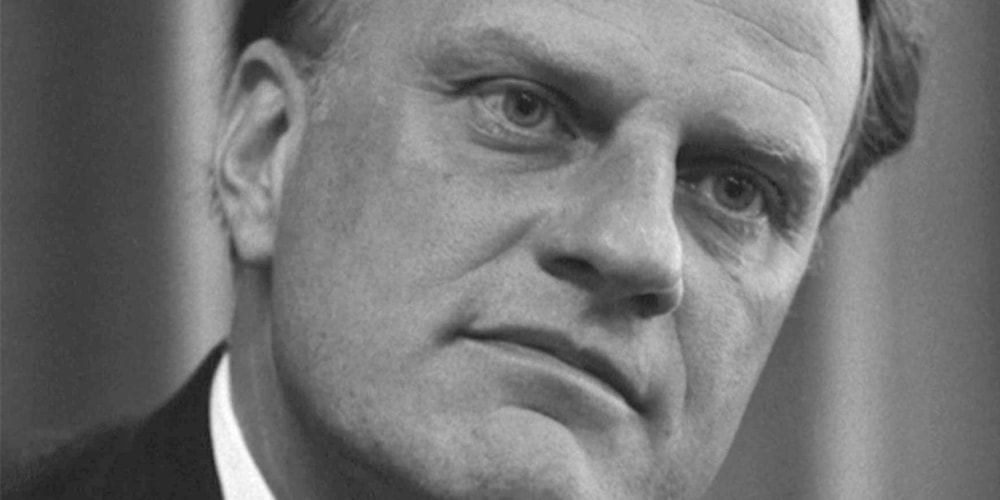 By: Mark A. Finley, Adventist Review

I first heard Billy Graham preach in Boston in October of 1964 when I was a freshman theology student at Atlantic Union College in South Lancaster, Massachusetts. I was deeply impressed with the simplicity of his Biblical message and the profound impact it had on his audience. Conservative New Englanders are skeptical of appeals that play on the emotions and can readily detect hypocrisy or showmanship.

The hundreds that responded to Billy’s altar call that evening sensed a sincerity, a genuineness and a commitment to the living Christ that touched them deeply. Here was a man with the message of Jesus that touched hearts and changed lives. It is estimated that in his sixty years of evangelistic ministry he preached to over two hundred million people in approximately one hundred and eighty five countries.

In an age when a significant number of public evangelists faced challenges in moral and ethical areas, Billy Graham was above reproach. A man of sterling integrity, uncharacteristic humility, moral purity, and unwavering commitment to his Lord and his family, he became a model for tens of thousands of young preachers.

Early in his ministry he and a few close confidents met in a hotel room in Modesto. California. They made a lifelong commitment to hold one another accountable in their relationship with Christ, in the handling of finances and in the area of morality. In this so called “Modesto Manifesto” each man pledged to never be alone with any other woman except his wife and to be transparent in all their financial dealings.

Billy Graham’s ethical integrity, his open transparency and his genuine sincerity are among the hallmarks of his ninety nine years. Although we never met, his influence on my own life was significant.

Here are three specific ways Billy Graham influenced me. First I sensed early in my own ministry that the proclaimed Word has little value if it is not the lived Word. Preachers may draw large crowds but if their lives do not reflect the gospel they preach, their words will have little impact on their audiences. Secondly, I was impressed by Billy Graham’s preaching with the simplicity of the gospel. As a prophetic preacher sharing the eternal truths of the Three Angels Messages, I am constantly reminded that the essence of the prophetic message is the everlasting gospel. Thirdly, Billy Graham was not afraid to make appeals. There was a sense of urgency in His preaching. He made powerful appeals, calling people to decision. In a secular culture he still believed in the importance of confronting people with the life and death message of Scripture.

On a significant number of occasions, individuals who attended his evangelistic meetings and accepted Christ came to my prophetic presentations seeking more truth. Early in my ministry I distinctly recall visiting with a women who was longing for a deeper understanding of God’s Word. She explained that she had made her commitment to Christ watching Billy Graham preach on television.

There are countless others who now rejoice in the truth of Scripture who had their first flush of faith when they heard Billy Graham preach. He led then to Christ and Jesus took them on a journey of discovery in Scripture from there. I am reminded of John’s poignant words in the Bible’s last book Revelation, “Blessed are the dead who die in the Lord from now on. Yes says the Spirit, that they may rest from their labors and their works do follow them” (Revelation 14:13).

Although he rests in Jesus, this powerful preacher’s undying influence still lives on.

Mark Finley is a Seventh-day Adventist evangelist who now serves as assistant to the world church president and part time as editor-at-large of Adventist Review and Adventist World magazines.