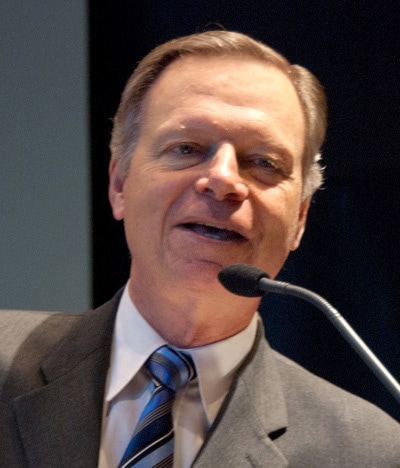 More than 40 hours of presentations, discussions,
worship, and question-and-answer sessions ended quietly Sabbath evening,
January 25, as members of the Theology of Ordination Study Committee (TOSC)
embraced each other at the end of a sometimes-contentious five-day gathering.

The first four days of meetings featured highly
contrasting views of key Bible passages by church scholars, as well as sharp
exchanges between questioners and presenters about appropriate methods of
Biblical interpretation. TOSC leaders
several times cautioned members to be respectful of those they disagreed with,
and to trust the spiritual commitments of all.

Each of the church’s 13 world divisions also reported the
study findings and recommendations of its own Biblical Research Committee (BRC)
on the question of ordaining female pastors. While five division BRCs reported support
for women’s ordination, most of the others reported disapproval. Almost
all division reports clearly stated their willingness to accept the decision
that will ultimately be made by the worldwide church.

“Once they prayed, studied the Word, sought God’s guidance,
discussed the issue and then decided, the New Testament church accepted God’s
will and moved on with the mission,” declared Finley during the Sabbath morning
worship hour. “They trusted the decision they collectively made and covenanted
together to passionately pursue the mission. Each individual believer submitted
their personal views to the decision made under God’s guidance.”

Throughout his 45-minute message,
Finley urged TOSC members to yield personal opinions to the Spirit-led
consensus of the wider church as it moves forward in deciding matters of
ordination.

“When there is an erosion of trust, conflict
festers,” he noted. “When there is an unwillingness to submit personal judgment
to the prayed-through, thoughtful representative decisions of the corporate
body, dissension and division flourish.”

Finley’s sermon was widely regarded as
a key point in the weekend by many TOSC members. Several expressed appreciation for his call
to regain focus on mission after a decision on the ordination matter is
reached, probably at the July 2015 General Conference session of the world
Adventist Church in San Antonio, Texas.

“After
three meetings [January 2013, July 2013, and January 2014], I’ve seen progress
in the way people on different sides have come to appreciate the arguments
presented by those on the other sides,” said
Darius Jankiewicz, chair of the Theology department at the Seventh-day
Adventist Theological Seminary at Andrews University. “By the end of last week, I could see
the consensus building that there’s room for differences on this issue in the
church. We need to continue this process as TOSC members, and I hope our
findings will result in the unity of the church. The consensus could help
us realize that the unity of the church doesn’t require uniformity on this
issue.”

One of the most popular features of the TOSC process was
the small group discussion in which committee members participated for nearly
20 percent of their total time together.
Members of the 12-person groups were randomly selected, but individuals of differing viewpoints were in every conversation, and studied Bible passages together. Key Bible texts examined by the discussion
groups included the Creation account of Genesis 1-3; counsels given by the
Apostle Paul to the first-century Christian Church (1 Tim 2:12-14, I Cor 11,
and Gal 3:28); and the prophet Joel’s prediction—repeated by the Apostle Peter
at Pentecost—that in the last days, “Your sons and your daughters shall prophesy”
(Joel 2:28).

The last hour of Saturday’s schedule
was devoted to testimonies from members about their TOSC experience, and a call
for “bridge-building” from TOSC vice-chair Geoffrey Mbwana, also a General
Conference vice-president.

“We have built the pillars of truth
in our respective positions,” Mbwana noted as the sun was setting over the
snowy Maryland landscape. “Now is the
time to lay the platform of the bridge on which we can move forward together.”

TOSC leaders expect the next
gathering of the 103-member committee in early June to frame recommendations
for the October meeting of the church’s Executive Committee. That group sets the agenda for the worldwide 2015
quinquennial session of the denomination in San Antonio.

Most TOSC members believe that the ordination of women will be a major
item on the agenda in San Antonio, where approximately 2000 delegates from more
than 200 nations will assemble for a 10-day business session of the movement.