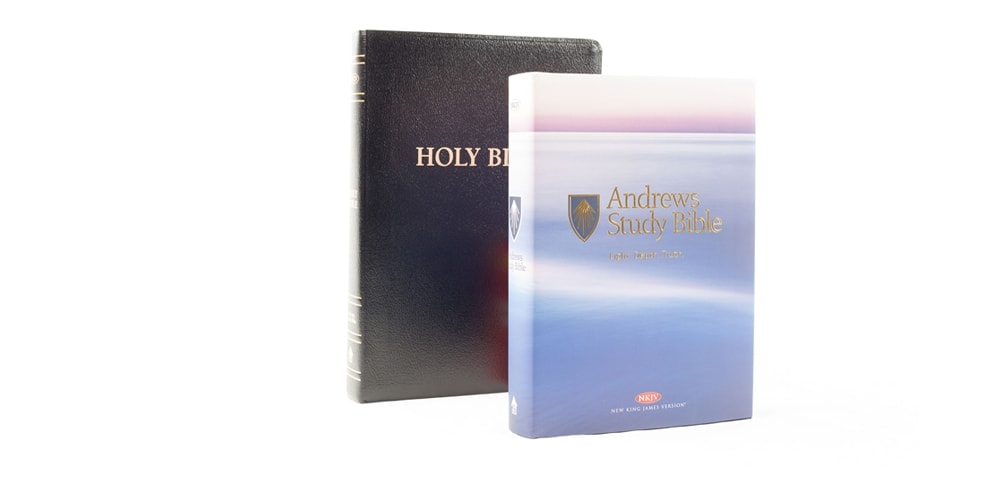 Andrews University Press noticed something unusual in 2011: A woman in Wyoming was purchasing scores of copies of the Andrews Study Bible at full retail price of about $70 each.

Surprised that someone could afford so many Bibles, the staff at the academic publishing house in Berrien Springs, Michigan, sought to learn more.

It turned out that the Bibles were going to Judy Mackie and her nonprofit organization Binding Broken Hearts, a prison correspondence ministry that today covers 389 facilities in 34 U.S. states and is one of the fastest growing prison ministries in the country.

“When we learned about her ministry and that she was sending these Bibles out to inmates in prisons, we arranged for her to receive quantity discounts,” said Ronald Knott, director of Andrews University Press. “But we were still amazed that she was able to raise the money to order the quantities she was.”

As efforts to reach inmates has flourished, the price for the Bible has continued to come down. At the specific request of another prison ministries director, Andrews University Press began publishing a one-color, large-print edition that is available exclusively for prison ministry use in bulk quantity for less than $20.

Part of the annual offering received at the ASI national convention in Phoenix, Arizona, in August will support the distribution of the prison ministry edition of the Andrews Study Bible and other materials by Binding Broken Hearts.

Mackie, one of the first people to order an Andrews Study Bible when it was first released in June 2010, said she saw its immediate value for her ministry. The Bible’s study materials make it one of the most comprehensive resources to be published in a single volume in the Adventist world. Mackie began buying regular retail editions of the Bible to send out to inmates from her small church at the foot of the Big Horn Mountains in Buffalo, Wyoming.

The inspiration for Binding Broken Hearts originated in 2009 while Mackie was studying the Bible with a female inmate at the Johnson County Jail in Buffalo, Wyoming. The inmate stroked the leather cover of Mackie’s study Bible and said, “This is the most beautiful thing I have ever seen.”

“The comment shook me,” Mackie said. “It was the first time I’d realized that these women had never seen, much less owned, a beautiful Bible.”

Some people might question the wisdom of distributing a bonded leather Bible that costs the equivalent of several cheap paperback Bibles. But Mackie said the beautiful Andrews Bibles instill a sense of value in inmates.

“We believe these Bibles tell the inmate they have value, which matters a lot, as they are mostly shunned by society and forgotten by their families,” she said. “We get letter after letter expressing their joy and thankfulness that someone cares. Most of all, they express the thought that maybe God hasn’t forgotten them either.”

Inmates who request a Bible are placed on a mailing list and receive a personalized letter with Bible studies every three weeks. Mackie said that more than half the inmates who receive their letters share them with their cellmates, who eagerly request letters and studies for themselves. Inmates who receive letters may write back requesting an Andrews Study Bible — and most do.

While Mackie was sending out Bibles from Wyoming, the necessity of a less expensive edition of the Andrews Study Bible designed specifically for use in prison ministries was noted by Dan Preas, leader of a group of Adventist prison ministry volunteers, who regularly visits the Walla Walla State Penitentiary in Walla Walla, Washington.

“We began to have Bible-based studies and attendance grew from one to almost 40, and we now have five nightly studies each week with hundreds of inmates attending,” Preas said. “Our greatest need was large-print Bibles. As a chaplain, I was given a small stipend. I determined that that money was going to buy Bibles.”

At the time Preas bought directly from publisher Thomas Nelson, purchasing 200 to 300 Bibles at a time. It became immediately apparent that the inmates could use a study Bible.

“Some had other study Bibles, and I felt impressed that we needed to give them a version that more closely followed the real meaning of Scripture,” Preas said. “Hence, the idea for the prison ministries edition of the Andrews Study Bible came about.”

A Special Bible for Inmates

“We notified Judy, and she was immediately excited,” Knott said.

She added 1,300 copies to Preas’ order and distributed those quickly. In spring 2015 she ordered 5,000 more and had sent them out by February this year. This month, she has already placed an order with Andrews for another 5,000.

The design of the prison ministry Andrews Study Bible is conducive to meeting the strict regulations that govern what objects may be admitted inside correctional facilities. The Bible features a soft bonded leather cover with large print. Many prisons have poor lighting and vision care is often not a high priority in prisons, so the large-print edition is much more readable.

This special edition includes almost all the regular features of the retail editions of the Andrews Study Bible, including more than 12,000 study notes, a linked-reference system highlighting the great teachings of the Christian faith, center column references, maps, a Bible reading plan, an annotated theme index and a concordance. These features — originally designed to help those with limited access to study resources — are well suited to aiding inmates, who often lack basic Bible study tools, prison ministry leaders said.

“If you could just see the faces of some of the inmates who have received the Andrews Study Bibles, your heart would melt,” Preas said. “The study notes are so helpful to those who have little Bible knowledge. For many, this is the only gift they have ever received.”

For every Bible sent to inmates, Mackie estimates that at least two requests are received.

“Our God is able to provide all these Bibles and more,” Mackie said. “We are determined to continue to move forward and we will keep sending Bibles and letters as funds come in.” 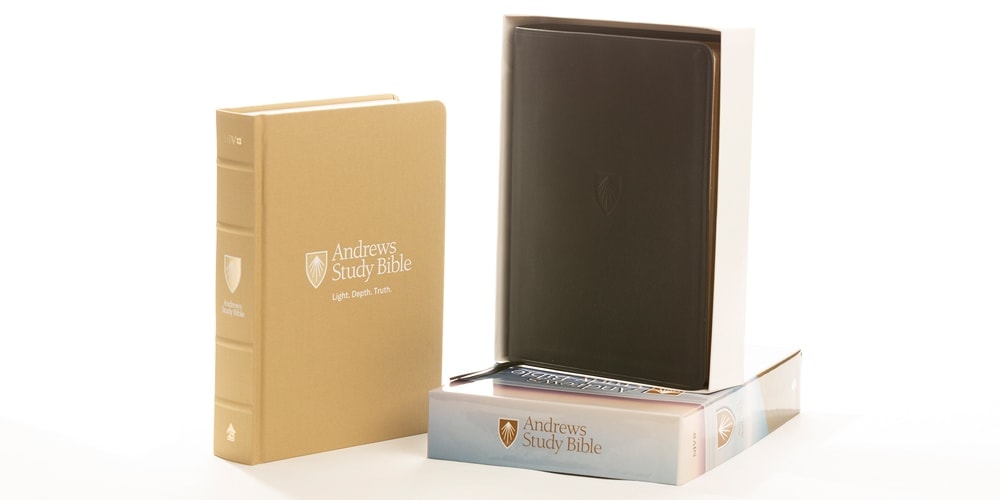