They Are Not Members, but They Donated to Remodel a Church

In Ecuador, church opens new study and worship facilities with the help of neighbors. 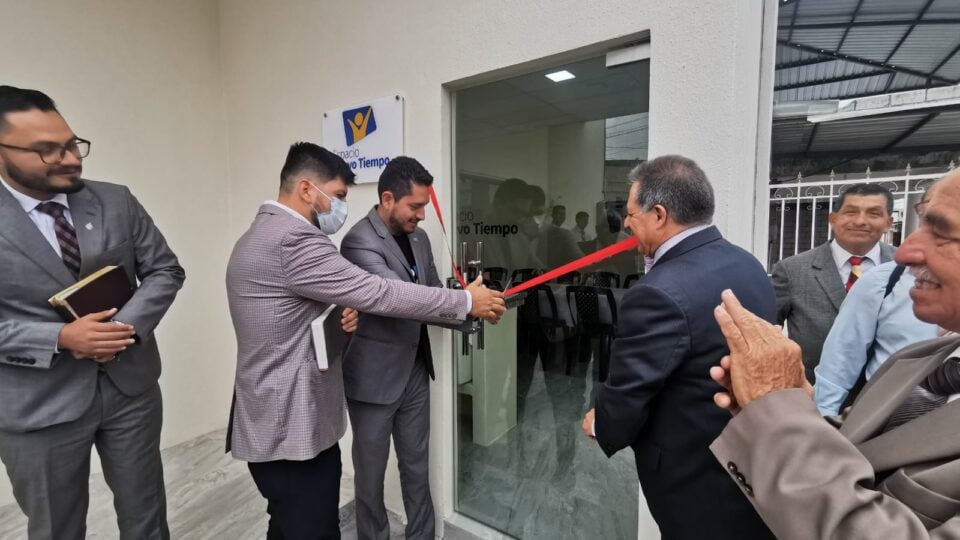 “I’m not an Adventist, but when they started building a church in front of my business, I went straight to the pastor to tell him I wanted to donate for the remodeling project,” Freddy Alcívar, a well-known merchant in Santa Lucía, Ecuador, said. Alcívar selflessly donated a significant amount to support the reconstruction project, even though he is not a church member.

“They accepted me, and they received me with great affection,” Alcívar went on to say. “God has been very good to me, and I needed to give back to Him because He gives me many blessings. I know that, thanks to this reconstruction project, the Lord is making a special appeal to me, and it won’t be long before I accept it.”

For local pastor Adalberto Orozco, the reconstruction of the church building became a reality thanks to God’s provision and many church members who got involved. But he also acknowledged the support of area residents such as Alcívar.

“It’s amazing how God’s hand was in all this work. People stopped by and donated cement bags, asking what they could do to support the initiative. These people are not church members, but they said they had been touched by their interactions with other members,” Orozco said. “And they not only contributed to the project but also committed to participate in our services and activities.”

The inauguration ceremony of the church and Bible study center featured special music items, the baptism of three people, and the official opening of the first session of Bible classes in the new facilities. Currently, more than 15 people are studying the Bible there.

In the Nuevo Tiempo center, church members encourage guests to learn and eventually share the hope of Jesus’ second coming and God’s love for humanity. It is a place where church members and guests also eat together, as Adventist members make sure they attend to the needs of those who come.

It is the second Nuevo Tiempo center inaugurated in the area, regional church leaders said. “Thanks to the new facilities, local churches can now welcome more guests,” they said. “Church members can be trained in various ministries to serve the community, and residents say they appreciate the Adventist presence in the area.”