The Continually Growing Mission in India 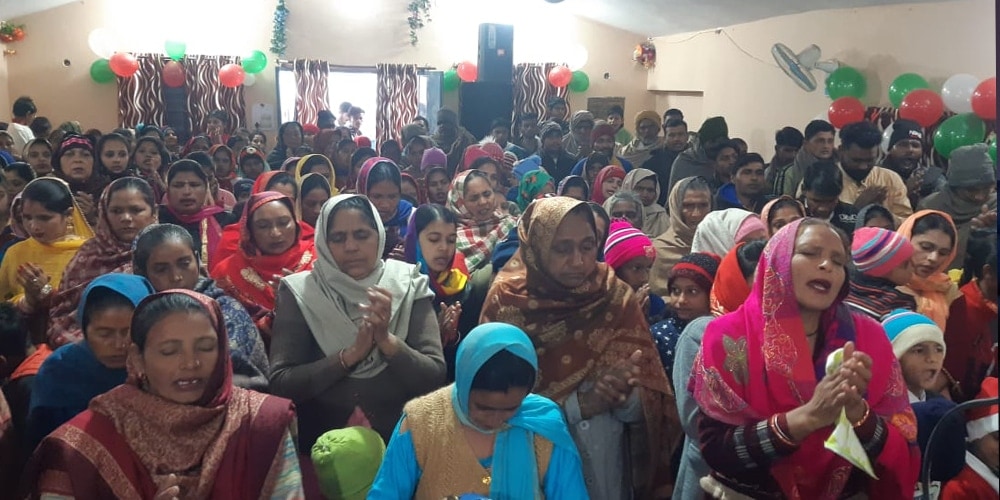 “He said, ‘Hi, I’m Ron Watts, and I have a request. I would like Maranatha to build 10,000 churches for us,’” Noble remembers. “I’d heard some of these types of requests before, and usually what happens is that they’re just pulling this stuff out of the air, and it’s not well researched or thought through. So I said, ‘I tell you what. Why don’t you put that in writing? And then we’ll be able to analyze it more specifically.’”

The next day, Watts handed Noble a note that stated his vision to have a million new church members — a goal that would require 10,000 new churches. Noble was intrigued and inspired by the idea and agreed to help. Maranatha started working in India, providing places of worship and education. The project became so extensive that Maranatha even established a permanent office and team in the country. Twenty-two years later, India continues to be a major focus for Maranatha’s work.

“We haven’t built 10,000 churches in India, but we’ve built more than 2,000, and they have 1.1 million members. So that piece of the vision — the dream that Ron Watts had — has been accomplished,” Noble said.

India now has one of the highest Seventh-day Adventist memberships in the world. And even as Maranatha is about 8,000 churches shy of the original request, the team is continuing to build churches as congregations have multiplied in direct response to the structures that were constructed. This year, Vinish Wilson, Maranatha’s country director in India, has been receiving reports from various areas where Maranatha worked more than two decades ago. The stories of impact have been remarkable for many areas.

One of the first places that Maranatha worked was Haryana, a state where the population is predominantly Hindu and Sikh. In 1999, Maranatha started building churches in the state for an evangelism effort by Global Mission, a mission program of the Adventist world church. That November, Maranatha organized the very first volunteer project in India in the city of Barara. The goal was to build a new church for an Adventist group with exactly two members: the pastor, Sharan Masih, and his wife.

Today, the church has about 400 members. During special events, such as Christmas or the 13th Sabbath at the end of each quarter, up to 1,500 people may be in attendance, sitting in the church and outdoors under tents. At least five other congregations established within a radius of three miles are a direct result of the Barara church. Additionally, 15 companies meet under the leadership of Masih.

Another area where Maranatha worked was Western Jharkhand, located in the eastern part of India. Maranatha ultimately built 46 churches in the region. Today, not only are these churches thriving, but they have also planted 103 daughter congregations.

The first Maranatha churches in the region were constructed between 1999 and 2000; Maranatha returned to the area in 2017 to build 16 more churches for the new congregations that grew from the original 46.

In Eastern Jharkhand, Maranatha built 13 churches from 1998 to 2000, which established 42 daughter congregations. Then in 2011, Maranatha returned to the regions to build another 37 churches. But the churches had an even greater impact than increased membership; these churches then helped establish seven Adventist schools, which have educated more than 5,000 students over 21 years.

“Today, we stand at the threshold of Jesus coming, and these people saved, and the ones who are going to be saved will stand as a testimony of what Maranatha has done to enhance His kingdom. Thanks is just not enough for what has been done for [Eastern Jharkhand],” Alfred Kisku, president of the Adventist Church in Eastern Jharkhand, wrote in a letter of gratitude to Maranatha.

In 2020, Maranatha is continuing to build in India, despite the COVID-19 crisis. After a brief lockdown, India’s crew began working in rural areas with permission from local leadership. The work has involved the construction of a new campus for the Jingshai Mihngi Adventist School and several churches in Jharkhand and Tamil Nadu. Maranatha has also been working with contractors to drill water wells, a new effort launched in India in 2019. In the first 10 months of 2020, Maranatha has drilled 90 water wells.

Maranatha’s involvement in India is one of the longest continuous efforts held by the organization, and there are no plans to stop any time soon.

“In a country of 1.3 billion people, and so many don’t really have any idea at all of the salvation being offered by the God of the universe … why should we pull out of India when there are so many who still haven’t heard?” Noble said. “I think we need to be there. I don’t think God’s given us permission to leave.”

The original version of this story was posted in the Summer 2020 issue of The Volunteer magazine.