Pastoral Evangelism Leadership Council calls attendees to reflect on what God has in store. 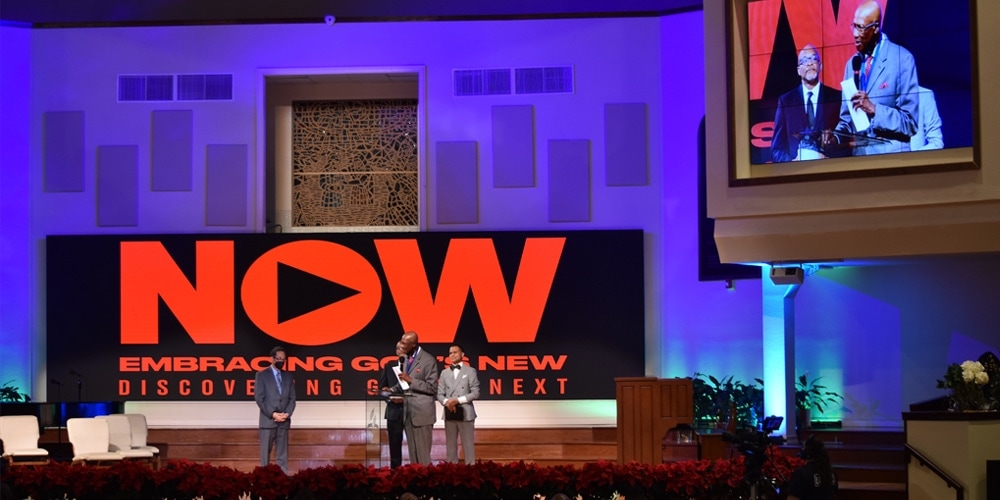 Every year for more than four decades, the Pastoral Evangelism and Leadership Council (PELC) has met on the campus of Oakwood University in Huntsville, Alabama, United States, in early December to encourage, inspire, and train Seventh-day Adventist pastors and other church leaders.

The December 5-8, 2021 event, organized by Regional Conferences across the U.S., offered support and inspiration to Adventist ministers.

“PELC is the place and the time of the year where preachers come to be fed,” Furman Fordham II said in his welcoming remarks on December 5. “All the individuals that spent day after day feeding others get to come to the table … and enjoy the servings of the Lord.”

“We have been waiting for an opportunity to come back together in person after a virtual conference last year,” Fordham said. “We are praising God that we can be together in the same space to see one another, to greet one another, and to worship together.”

In a welcome message to the conference participants, PELC board director Jesse Wilson acknowledged the challenges of the hour.

“This is perhaps the most challenging season for ministry in our lifetime,” Wilson wrote. “We are attempting to expand the kingdom at a time when religion and the church have fallen on hard times.”

Wilson, current director of the Bradford • Cleveland • Brooks Leadership Center at Oakwood, wrote that despite the odds, “we have the confidence that the best is yet to come.” He wrote, “We believe that God is about to do ‘a new thing’ in the areas of evangelism and church ministry.… And He will do that ‘new thing’ through us.”

As part of the service, leaders honored ministers who passed to their rest in 2021. Among them was Gregory O. Mack, president of the Southwestern Conference, and Allegheny East Conference president Henry Fordham, and his wife, Sharon. It also included a tribute to former North America Division president Charles Bradford, who passed away in September, and a special mention of Ernest E. Rogers, the first biblical languages professor at Oakwood.

A special opening section of the program also honored some members for their distinguished service. The first 2021 PELC Distinguished Service Award was given posthumously to Oster H. Paul, an Adventist pastor. He planted congregations and schools across several U.S. states and supported the organization of church work among African Americans. On behalf of his family, his son Anslem accepted the award for his father’s “outstanding service and lifelong dedication in pastoral ministry.”

A second honoree was Nathaniel Hollis, a long-time pastor, evangelist, and ministerial director in the South Atlantic Conference. A third award was given to Bryan Mann, an experienced pastor and department director in the Central States Conference. He still serves as a chaplain for two AdventHealth health-care institutions.

In his keynote address, Wilson called Adventist ministers to reflect on their current role in the times we live in.

“What do you do when you are not sure what to do? What do you do in times of uncertainty?” he asked. “Many are waiting for church members to come back, who were not there in the first place. Many pastors have left the ministry. The percentage of pastors who are seriously considering leaving the ministry seems to increase every time,” Wilson said.

Based on the history of the miraculous fishing trip recorded in John 21, Wilson said that what the disciples did on that occasion should be an example for our days.

“[The disciples] went fishing. They worked while they were waiting for Jesus. They did what they were created to do. It was their mission,” Wilson said. “God is calling us back to do what we first did, to what we do best. He’s calling us to be fishers of men.”

Expanding on that thought, Wilson emphasized that “anybody that tells you that it’s a hard time for evangelism has not done evangelism. God is calling us back to our original task.”

Nothing should distract us from our God-given mission, Wilson said. “The mission of the church is to carry the gospel … not to carry conspiracies,” he noted. “I don't care what method you use, but do it.”