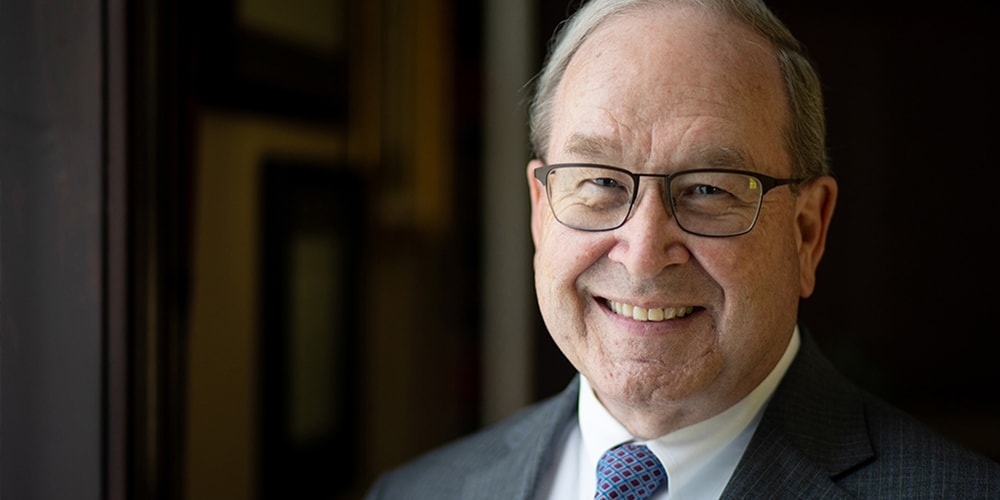 David Smith has announced that he will retire in May 2021 at the conclusion of his fifth year as Southern Adventist University president. Smith has a long relationship with the institution, where he began teaching English in 1981, serving 17 years as a professor and then department chair. His wife, Cherie, and two daughters are graduates of Southern.

“David’s passion for students and for spreading the love of Christ has inspired me,” Tom Verrill, senior vice president for financial administration, said. “His presidency accomplished significant objectives that prepare us well for a strong and successful future.”

These accomplishments include leading the rewrite of Southern’s mission, vision, and values; the development of a comprehensive strategic plan; and an emphasis on Southern’s endowment fund that experienced a US$15 million increase as part of the recently completed Campaign for Excellence in Faith and Learning.

“Grappling with enrollment, academic excellence, cultural competency, Christian integrity issues, and the COVID-19 pandemic have showcased Dr. David Smith’s commitment to the development of higher education within the Seventh-day Adventist Church,” Ron Smith, chair of Southern’s Board of Trustees and president of the Southern Union Conference of Seventh-day Adventists, said of Smith’s tenure. “I will miss his leadership and friendship.”

David Smith previously served as president of Union College in Nebraska and senior pastor of the Collegedale Church of Seventh-day Adventists. Deeply committed to serving God and nurturing a Christ-centered environment on campus, as Southern president Smith established a new leadership position, the vice president for spiritual life.

“David has been a visionary leader who has a great sense of humor, is a good listener, and asks good questions,” senior vice president for academic administration Robert Young said. “He has also brought a spiritual credibility that is evidenced in his messages to campus, his prayer life, and his servant-leadership.”

Having made a five-year commitment to serve as president, Smith said he has peace about his decision as he finishes up his leadership at Southern and prepares for retirement.

“Southern Adventist University is God’s school,” Smith said. “Its future is in God’s hands, not our hands. If we humble ourselves, if we pray, and if we submit to His will, God will deliver the future He knows is best for us and for those we serve. With each step into the future, we must learn to trust Him fully.”

The university’s board of trustees has begun a nationwide search for Southern’s next president and hopes to have completed the process before Smith retires in 2021.