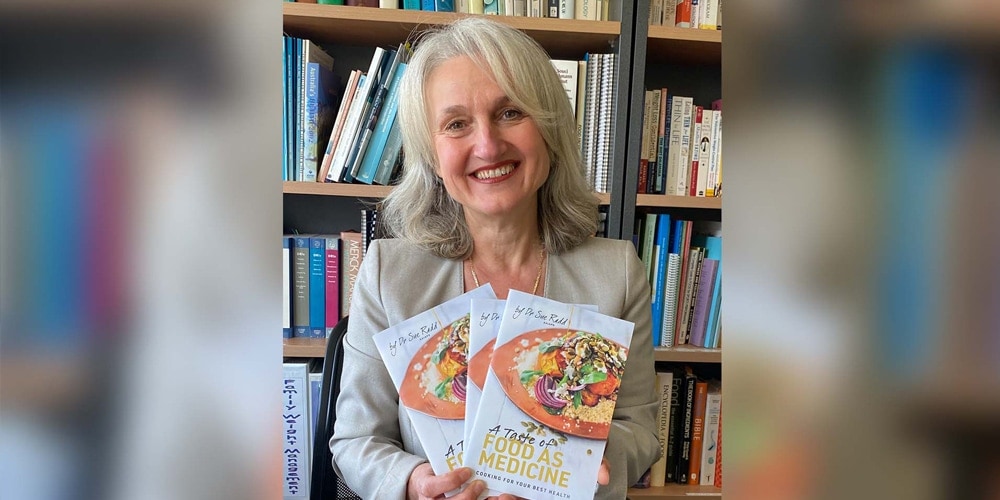 Seventh-day Adventist church members in Australia and New Zealand will distribute almost 80,000 copies of booklet titled A Taste of Food as Medicine in the next few months. “It can give people hope — especially in the current environment with a major infectious disease raging,” Sue Radd, author and renowned nutritionist, said. “What people eat can make a big difference to their health and improve how they feel more immediately.”

Adapted from the nutrition information and sampling 12 recipes from the original Food as Medicine cookbook, authored by Radd, the sharing booklet includes invitations to purchase the larger cookbook and connect with other health and well-being resources offered by the Adventist Church. Food As Medicine: Cooking for Your Best Health was first published in English in 2016 and has sold more than 15,000 copies, won “Best in the World” for Health and Nutrition at the 2017 Gourmand Awards, and is now also in print or production in five other languages and editions around the world.

According to Radd, church members can be confident in sharing this health resource in their communities. “The health information contained is grounded in evidence-based nutrition science,” she said. “That means tested by research and peer-reviewed rather than being based on personal opinions, which are all too common in social media.”

The Literature Ministries Committee of the Adventist Church in Australia supported the production of this new sharing booklet. Brenton Lowe, literature ministries coordinator at Adventist Media, said he is pleased with the quantity of pre-orders received for this sharing resource. “The response from the local churches has been overwhelming, expressing their excitement for sharing a quality health resource by Dr. Radd with their communities,” he reported.

Lowe reported that the idea came from a brainstorming session with Greg Pratt, director of church support and development for the South Queensland Conference. “The thinking was to produce a topical book people could share,” Lowe said. “Today more than ever, people are interested in nutrition and cooking at home. Research also shows that plant-based diets are trending, especially among younger people.”

Bulk pre-orders of A Taste of Food as Medicine have been dispatched to all parts of Australia and New Zealand. “I can’t wait to share it with my friends, family, and neighbors, and it will make a credible gift that can really help them live life to the full,” Lowe said. “And literature evangelists plan to use it as a gift when they are working in their communities.”

Radd said she was pleased to receive some of the first copies of the new booklet and see her work adapted and shared in this way. “We understand that the health message we have to share is very important — and can be used as an invitation to greater spiritual truth,” she said.