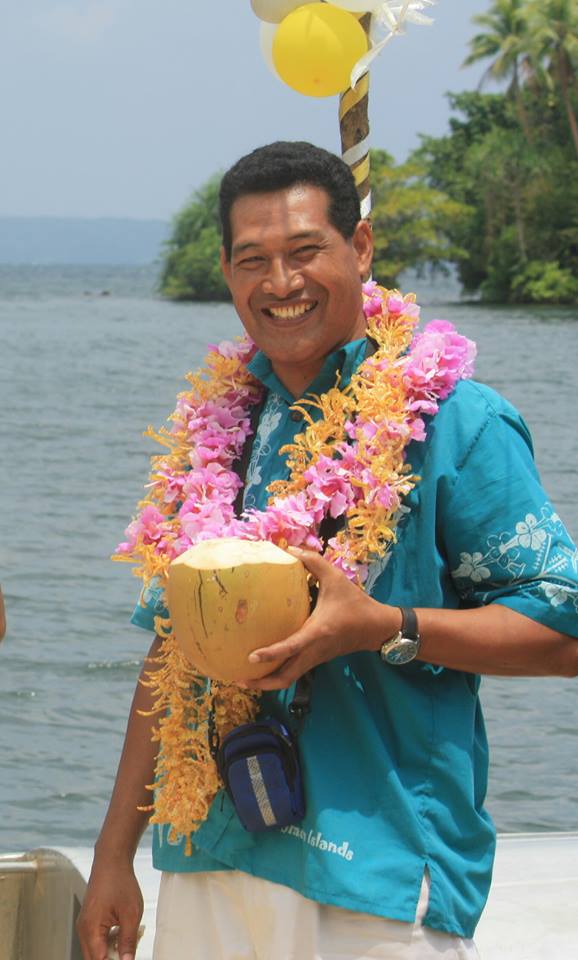 Students and faculty at the Seventh-day Adventist seminary in the Philippines are grieving after the death of a doctoral student diagnosed with liver cancer just six months ago.

Solly Fa'amoana Tingiia, a pastor and teacher from the Solomon Islands, died Jan. 5 surrounded by family and close friends. He was 50.

Friends said Pastor Solly, as he was known on campus at the Adventist International Institute of Advanced Studies (AIIAS), displayed a courageous faith as his body weakened and his hope grew about Jesus’ Second Coming and being resurrected with a new body.

Tingiia began doctoral studies at AIIAS in 2013 and was preparing for his comprehensive exams when he was diagnosed with cancer.

"Pastor Solly was a gifted student who will be deeply missed by our AIIAS community,” said AIIAS president Stephen Guptill. “Our hearts go out to his family during this difficult time.”

Tingiia is survived by his wife, Janet, six children, and four grandchildren.

As a child, Tingiia sailed to school every day as a child to obtain an Adventist education, friends said. He later attended Sonoma Adventist College, pastored in a number of regions throughout the South Pacific, and completed his studies at Pacific Adventist University in Papua New Guinea. He served as deputy principal for Hoda Theological Studies in the Western Solomon Islands from 2003 to 2005 and a lecturer in theology at Fulton College in the Fiji Islands from 2006 to 2013. While there, he studied part time to complete his master's degree in theology from Australia’s Avondale College of Higher Education, completing in 2010.

Pastors and teachers surrounded members of Tingiia’s family during his funeral at the AIIAS Seventh-day Adventist Church on the evening of Jan. 5. Seminary professor Eike Mueller claimed some of Tingiia’s favorite promises from the book of Revelation about Jesus’ renewal of life at His Second Coming. Fellow students recounted stories of sharing classes with Tingiia and quickly becoming close friends, even though they came from various cultures. After completing difficult homework assignments, Tingiia and his classmates had a tradition of getting a treat at a nearby grocery store, student David Odhiambo said.

“I will miss him,” Odhiambo said. “But I know his faith in Christ was strong right until the end.”