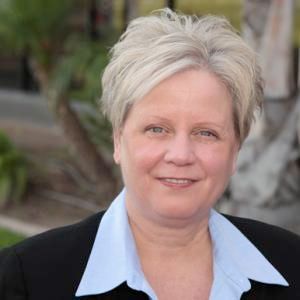 The following article was prepared by the Southeastern California Conference Communication Department. -- Editors

On Sunday, October 27, 2013, delegates voted (72%-28%) to elect Sandra Roberts as president of the Southeastern California Conference of Seventh-day Adventists.

Roberts had served since 2004 as executive secretary of SECC. Previously, she worked as a teacher, chaplain, youth director, and pastor. She received her masters degree from Andrews University in 1984, and received a Doctor of Ministry degree in 2006 from Claremont School of Theology.

In her new role, Roberts took the opportunity to recognize the new conference officers and to thank the delegates for their involvement in the constituency session. In her address, she expressed her desire and challenged the audience to follow Jesus in the work that needs to be done throughout the territory of SECC.

Referring to the dusty feet that Jesus had during His time on earth, she said, “Following Him means that we are going to get our feet dirty with the dust of Southern California…We must do this without fear that differences will pull us apart. Christ will always be our anchor point.”

Prior to the election of Roberts, delegates had the opportunity to speak to the motion on the floor. Many delegates lined up to share their views. There were some opposing opinions, but most people expressed their support for Roberts as president.

But Graham continued by stating that because delegates to the Pacific Union Special Session voted in 2012 to authorize the ordination of women, that the recommendation of the SECC nominating committee is in harmony with conference and union bylaws and policies.

Before dedicating the new officers, former President Gerald Penick was thanked for his years of service and received a standing ovation from delegates. Penick spoke to the delegates and gave farewell thoughts.

“May God bless us under this new leadership,” he said.

“God doesn’t play favorites,” he said. He challenged the attendees to trust God to lead the way.

Fifteen new churches and companies were voted into fellowship, members of the executive and bylaws committee were affirmed, and changes to the bylaws were brought into effect.

For one of the session reports, Rudy Carrillo, youth ministries director introduced Carmen Ibanez, director of Pine Springs Ranch. They presented the Pines Springs Ranch report with images of the damage caused by fire earlier this year, as well as a plan to rebuild the camp. Delegates approved a spending request to begin the rebuilding process.

After the officers affirmed that they would listen to their constituency, the session was closed with a benediction.