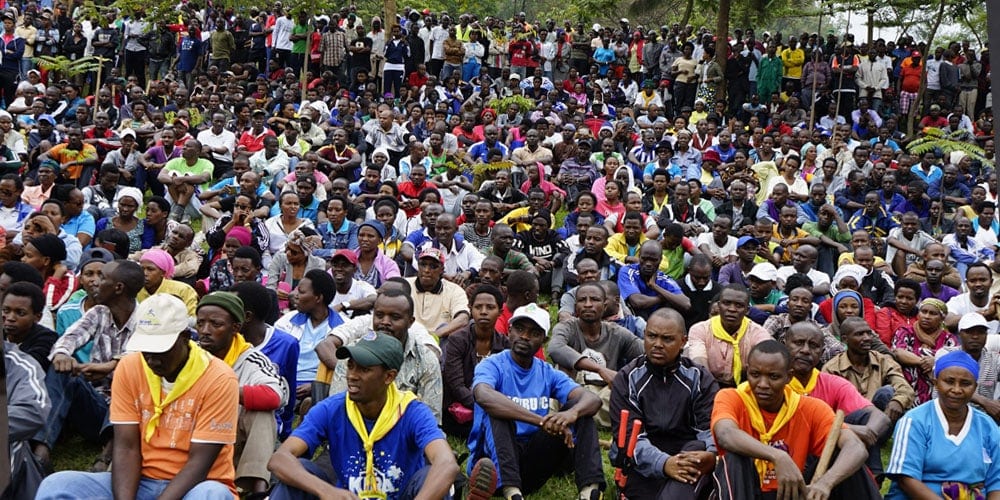 Seventh-day Adventist Church members in Rwanda were commended by a top government official this week for impacting their community through a monthly community service day held on the last Sunday of every month.

Minister Harelimana Cyriaque, the Minster of State in charge of socio-economic development in the Ministry of Local Government (MINALOC), commended the Seventh-day Adventist Church in Rwanda for contributing significantly to the development of the country.

Cyriaque highlighted this in Kicukiro District on Oct. 29, where thousands of Adventist church members in the city of Kigali were gathered for community work—Umuganda—which other church denominations do on the last Saturday of each month.

Cyriaque added that there is no value in money that can be given to what Adventists do in terms of community work. “Adventists have become the partners of the Government of Rwanda to bring the security to this place,” he stated. Cyriaque explained that people had feared to pass by the area where Adventists do their community work because it was a haven for bandits. But since 2003, when Adventists have started removing the overgrowth, people no longer fear to pass by there even at night, as they go walking or jogging.

The Minister of State has also requested Adventists to fight corruption, to have a culture of conservation and to save along with cleanliness and hygiene wherever they are. He urged them to plant trees in their homes as this month’s community work focused on tree planting.

Others who joined the Seventh-day Adventist Church in this community work included the Rwandan Army, the two vice-mayors in the Kicukiro District, and the Advisor to the Minister of Local Government.