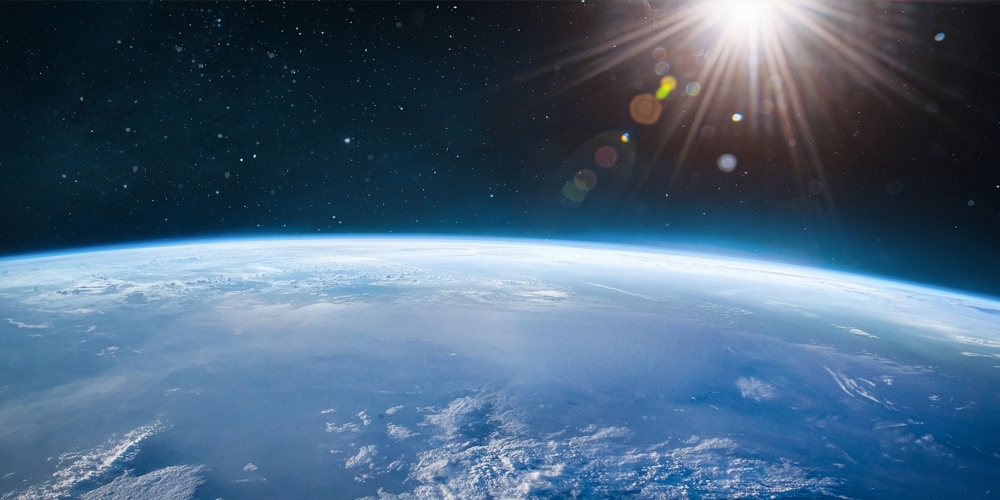 By: Charles Mills, for Adventist Review

Richard Branson couldn’t hide his joy. It was spread all over his face as his spaceship Virgin Galactic reached the top of its flight, and, for a few moments, on July 11, 2021, he and his fellow passengers felt the effects of weightlessness.

For the first time in history, a privately funded, civilian operation had put people in space. They had designed and built the technology needed to accomplish their goal. They had taken off from an airfield in New Mexico, United States, and then, after touching the void, safely returned home.

While suspended between heaven and earth, Branson had this to say to the world: “To all you kids down there. I was once a child with a dream looking up to the stars. Now I’m an adult in a spaceship looking down to our beautiful earth. To the next generation of dreamers: if we can do this, just imagine what you can do.”

After the flight was over, he added these words: “I have dreamt of this moment since I was a kid and honestly, nothing could prepare you for the view of Earth from space. I mean, the whole thing, it was just magical … I’m just taking it all in; it’s unreal.”

For the Christian, this happy astronaut isn’t saying anything new. We’ve dreamed since childhood of a journey to space — of breaking the bonds of earth and setting sail for some distant, starry home. We’ve tried to imagine what it will be like to look down on a rapidly disappearing earth as we fly unweighted by sin for some distant, golden shore. We’ll probably remember the verse, “What no eye has seen, what no ear has heard, and what no human mind has conceived [are] the things God has prepared for those who love him” (1 Corinthians 2:9, NIV) and will say to ourselves, “So true, so true!”

But Virgin Galactic didn’t just happen. Richard Branson didn’t wake up one morning and find it parked in his driveway. His moment in space took time — lots of time and effort — to make possible. While his engineers had the work of other space flyers to study and emulate, theirs was a unique journey. They took off and landed on a runway. They used technology unheard of during spaceflights of the past. They made sacrifices and lost a colleague when a test flight crashed in 2014. And they kept going. They conceived, designed, built, and flew their craft on their own without taxpayer involvement. They put themselves in space using the laws of physics available to everyone.

The Process of Preparing

I’m reminded of so many of my fellow citizens of this world who are in the process of preparing for just such a journey. While they’re standing on the shoulders of many Christians who’ve come before, they’re using technology to fulfill their mission that others never even imagined. They’re self-sustaining, self-motivating, and self-encouraging. And, they won’t let naysayers move them from the paths they’re on.

Spending time in the mission field can open one’s eyes to the challenges to our future space travel. I’ve seen and heard stories of men and women, boys and girls who’ve remained on their journey to heaven despite ridicule, rejection, and outright danger to themselves and others. I’ve marveled at their persistence to do what’s right even when those around them are doing what’s wrong. Their lives inspire. Their commitment motivates.

Which brings me to me. Am I willing to do the hard work necessary to take full advantage of my reserved seat on God’s future spaceship? Am I willing to learn what’s needed to make my dreams come true? And, equally important, am I eager to bring others with me on that someday flight to the stars?

Who made your success possible? And who are you thinking of now? Maybe it’s someone you’d like to make sure is on that flight!

Charles Mills, an author, radio show host, and media producer, has written many books, including Religion in the Real World, Refreshed Parables, and Surprising Nature.

The Faith-Full Life
A Shared Journey
We all need that regular reconnection with others sharing the journey with us.