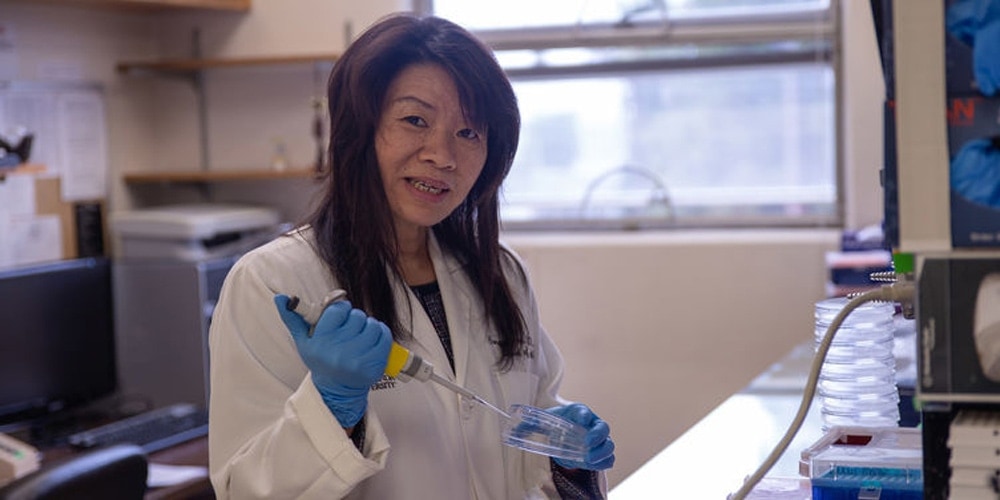 The National Heart, Blood and Lung Institute, part of the U.S. National Institutes of Health, recently awarded Hongyu Qiu, a professor of basic sciences in the School of Medicine of Loma Linda University, US$3.7 million in grant funds to conduct research on a recently discovered molecule that seems to play a protective role against heart diseases.

Qiu received two grants — $2.6 million and $1.1 million — that will be distributed over a period of four and three years respectively. The first grant will allow Qiu to focus on an investigation of the role of the newly identified molecule, called valosin-containing protein (VCP), in preventing coronary artery heart disease. The second will be used to study pressure overload-induced heart failure as a result of chronic hypertension, or high blood pressure.

The funds will allow Qiu to explore the underlying mechanisms brought about by VCP in the cell growth and survival of cardiomyocytes — the muscle cells that make up the heart muscle — under cardiac stress.

“Cardiomyocytes are very specific,” Qiu said. “Humans are born with a set number of heart muscle cells or cardiomyocytes. They're not like other cells, like skin or blood cells, where, if you lose some, they regrow. Once the cardiomyocytes are lost, they cannot be replaced, thus causing permanent damage and leading to heart failure.”

Despite a decades-long decline in the rate of coronary artery heart disease (CAD), the condition remains the leading cause of death in the United States. Currently, 15.5 million people over the age of 20 have CAD in the country.

Using mice as a model, Qiu’s team inserted a gene stimulating the production of VCP, which naturally diminishes in the heart with age and when the heart is under stress. When comparing the hearts of the study's mice to those with normal VCP production, Qui’s team found that the mice with elevated VCP levels protect cardiomyocytes against stress-induced death.

Although the research is still far from clinical application, Qiu said the results are promising.

“It gives us an avenue to a future therapeutic drug,” she said.

With its motto “To make man whole,” LLU offers more than 100 programs through its schools of Allied Health Professions, Behavioral Health, Dentistry, Medicine, Nursing, Pharmacy, Public Health, and Religion. In addition, LLU also offers several distance education programs. Students from more than 80 countries around the world and virtually every state in the nation are represented in Loma Linda University’s student body.