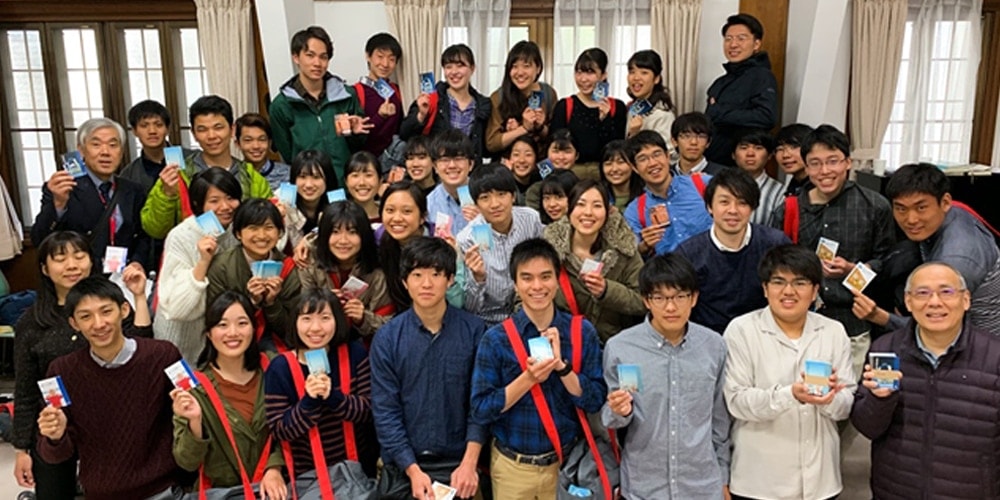 Youth Rush Japan, a student literature evangelism program of the Japan Union Conference (JUC), was launched in the summer of 2016 at the Setagaya Seventh-day Adventist Church in Tokyo, Japan.

In that first season, only seven students participated. Three years later, between February and March 2019, more than 40 young people took part in four consecutive programs, and since 2016, 111 young people have participated.

“Big things happened,” said Youth Rush Japan coordinator Daniel Fukuda. “At the Tokai Christian Center, 18 people showed an interest in Bible studies, which the local church will follow up on. At the Sodegaura church, five people came to church during the program on Sabbath through the personal invitations by the students who went door-to-door,” he added.

“From March 22 to 26, we also had our very first Youth Rush Conference. About 40 Youth Rush participants gathered at Setagaya Youth Church for a weekend of prayer, revival, and fellowship,” Fukuda said. “They distributed 100,000 tracts in Tokyo in one day!”

General Conference publishing ministries director Almir Marroni visited the summer programs in Sodegaura and Tokai and went door-to-door with some of the students.

Fukuda often participates as well. “As a leader, I go door-to-door with various students every day to observe, train, and support them,” Fukuda said.

Below, Fukuda tells a few of the experiences he witnessed.

“One day, one of our Youth Rush students came across a grumpy and cold old man, or ‘grandpa,’ as they sometimes affectionately call a senior person in Japan. He told her, ‘I can’t read! I am blind, and I hate religion!’ He seemed to have terrible eyesight and was in a bad mood.

“The student wanted to do something for the old man before she left, so she offered to sing a hymn. Surprisingly, as the student started singing, grumpy grandpa also began to sing along (she later found out he had attended Sunday school as a boy). By the end of the song, both the old man and the student had a smile as they parted ways.

“Godly music has the power to bring smiles to grumpy faces.”

“Another day, two 17-year-old students were not off to a good start — they made zero sales for the first few hours. But they kept persevering.

“One hour before lunchtime, they came across a small, old apartment complex. In that building, they now think God had prepared a surprise for them. At each of three consecutive doors, one of the students was not only able to sell books but to pray with the people and sing ‘What a Friend We Have in Jesus.’

“Between the two students, they sold more than 20 books in that last hour.”

Fukuda also told of a 16-year-old Youth Rush participant who started strong one morning. By applying what he had learned in training, the student was able to sell many books. With a big smile of victory and a cheerful spirit, he was running door-to-door, visiting homes.

Right before lunchtime, however, the student met a very mean, angry person who left him feeling bitter. Even after lunch, he was still thinking about the person and was feeling discouraged. Now he no longer ran between doors. He was walking, discouraged, and unable to connect with people at doors.

“The student stopped and told me he wanted to give up,” Fukuda said, “but I kept encouraging, telling him surely someone was waiting for him.”

About ten minutes later, Fukuda and the student met a woman in her fifties. That woman not only purchased books from the student but also welcomed that he prayed and sang for her. When the student began to sing “What a Friend We Have in Jesus,” the woman started to cry uncontrollably.

From then on, the student vowed never to think of quitting again, Fukuda said.

Fukuda asked for church members’ support and prayers, highlighting how important the program is for young people in Japan.