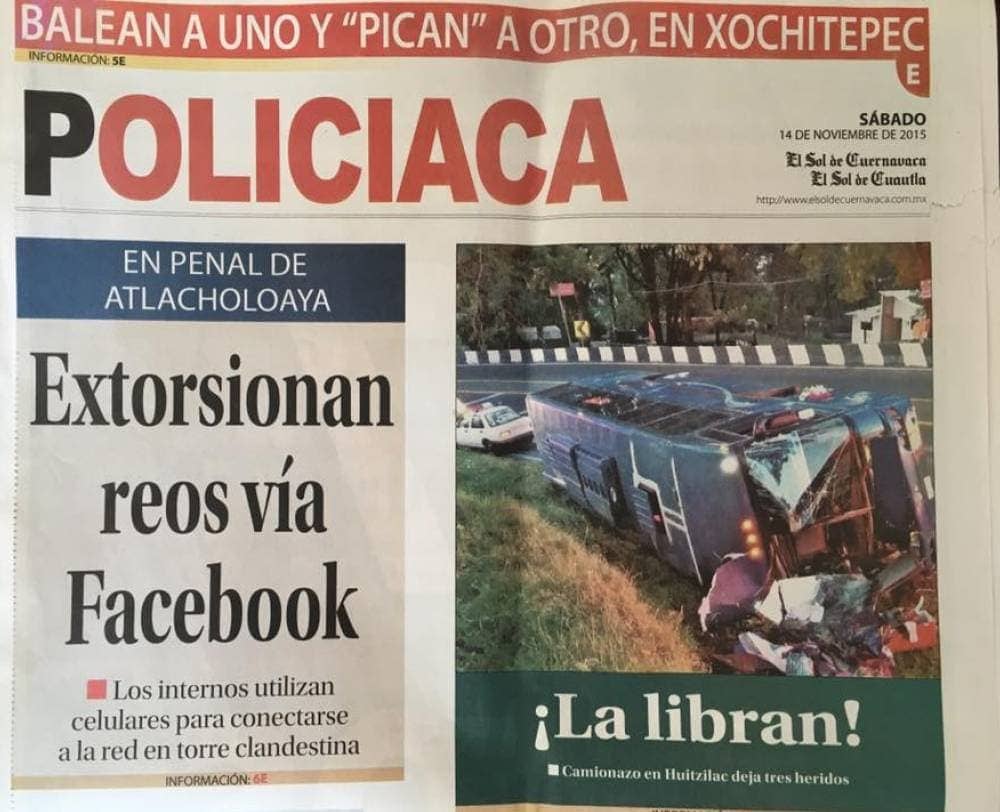 Nearly three dozen Pathfinders escaped a bus crash with mostly scratches and bruises thanks to God’s miraculous intervention after their vehicle lost its brakes on a mountainous road en route to a camporee in Mexico, their director said.

Director Sergio Cruz Robles described a horrific race down the mountain at 5:30 a.m. on Nov. 13 as the Pathfinders from the state of Michoacan in central Mexico traveled 330 miles (530 kilometers) to the camporee of about 3,300 Pathfinders.

Cruz said he realized that the bus driver was struggling to make the curves on the mountainous road all night, so he moved closer to the front of the bus to see what was wrong.

“I could tell that the bus driver was trying hard to find a way to stop,” Cruz said by phone from his hospital bed, where he was recovering from a fractured pelvis. “We were either going to land in a large ditch or crash into a tree, and that could have been fatal.”

The bus was carrying 38 people, including the hired driver. It was about 450 kilometers into the trip when the brakes gave way.

“As the bus lost control, I feared the worst and I heard the driver yell, ‘Hold on everyone!’” Cruz said.

Most everyone was sleeping at the time.

“But I saw the hand of God because the bus just went onto its side as if to just lay down softly on its side without any strong impact,” Cruz said. “The kids only received scratches and bumps in the accident.”

All 38 people on the bus received first aid on the spot and three were transferred to hospitals in Cuernavaca, said Mauricio Lambra, director for emergency medical response in Mexico.

The three included Cruz and two Pathfinders, ages 13 and 11, who suffered minor injuries to the neck and head. The driver was not injured.

A government child welfare agency took custody of the children and later released them directly to their parents according to national child protection laws.

Local church administrators drove to the accident site to retrieve suitcases to hand over to the parents. Because the parents had to travel the more than six hours to fetch their children and then deal with government bureaucracy to secure their release, the Pathfinders did not make it to the camporee, which was held on Nov. 13 to 16 at the Adventist Camp in Xalostoc, Morelos, Cruz said.

The Pathfinders, who represented three different clubs, had been preparing for five months to attend the Central Mexican Union camporee, an event held every five years. They were disappointed to have made it within 90 minutes of the camporee, but “we are so thankful for God’s protection,” Cruz said.

He said the Pathfinders had planned to attend an investiture ceremony at the camporee to mark the completion of their year in Pathfinders.

“Now we will work on preparing something very nice to give them,” he said, adding, “Thanks to God for the miracle He granted us so every child can receive an investiture pin.”