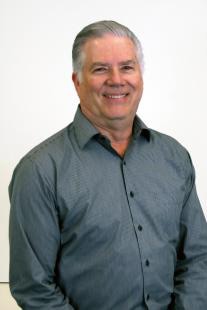 BY KAREN PEARSON, PPPA director of
publicity and public relations

The
board of Pacific Press Publishing Association has appointed Larry Johnson as
vice president of production. He replaces Chuck Bobst, who recently retired
after having served in that role for the past 12 years.

Johnson is no stranger to publishing or to Pacific Press. He first
joined the team in 1984, just in time to help with the publishing house's move
from Mountain View, California, to Nampa, Idaho. He served in that role for
eight years before relocating to Russia, where he helped set up and establish
the publishing work.

Johnson’s experience includes serving as associate publishing director
for the Far Eastern Division and at the General Conference, headquartered in
Silver Spring, Maryland. He has served as a consultant both in North America
and internationally. He returned to Pacific Press briefly in the late 1990s
before being called as president of Color Press, in Walla Walla, Washington,
where he served for nine years.

Though he officially retired in 2009, Johnson says he felt good about
the call to once again work for the church. “Pacific Press serves a distinctive
purpose,” he says. “That is why I came back.” Although the changes in the
publishing industry have been remarkable in the 15 years since Johnson last
worked in it, he says, “Printing is still a viable part of publishing. It will
always be part of what we do — it is part of our worldwide culture as
Seventh-day Adventists.”

Dale Galusha, Pacific Press president, says, “We are thrilled to have
Larry Johnson on board. With his keen sense of mission and his vast experience,
we look forward to the invaluable contribution he will make to the ministry of
Pacific Press.”

Regarding
the challenges currently facing the publishing work, Johnson says, “Books will
continue to be an important vehicle for sharing the truth, for those in the
church and especially for those who long to know the truth.”