For a second
consecutive year, a Seventh-day Adventist congregation in Northern Ireland has raised
U.S. $1,635 (£1000) for charity in a Big
Community Breakfast fundraiser. The Banbridge Seventh-day Adventist Church,
about 25 miles southwest of Belfast, is the enterprising local church. The event also educated community members about healthier living and lifestyles.

This year the £1000
will support ADRA-UK’s relief efforts in the Philippines. In 2012, the funds supported
the UK charity for Congenital Heart Disease (CDH-UK). On November 8, 2013, Super Typhoon Haiyan tore through the central Philippines, flattening entire towns with 195-mph sustained winds and a massive storm surge.

“Our Community Breakfast has run for almost 18
months and it is held nearly every month. We invite anyone and everyone to
enjoy our Sunday morning feasts,” states Michael Hamblin, communication leader
in the Banbridge church. “December 1st was extra special because we had two
distinguished guests who brought added flavour to the meal. Dr. Chidi Ngwaba; a physician and Men's Ministries leader, and Health Adviser Ben Asami, award
winning Vegan Chef, producer of the Vegan Healthy Menu, and owner of the 222
Veggie Restaurant in London’s West End.”

These two
distinguished guests had a hand in the preparation of the Sunday morning meal,
which was attended by church members from across Ireland, friends from the
community and also by representatives of the Filipino Seventh-day Adventist
community in Ireland. When the time came to hand over donations for the
fundraising effort the Filipino community spoke to the satiated breakfast
attendees about the trials of their homeland.

Apart from supporting
the Sunday breakfast, Ngwaba and chef Asami made use of several opportunities
over the weekend to provide numerous bits of health advice and practical tips
for relieving diseases. On Saturday evening a vegan cooking demonstration was
held in the church hall.

“We in the Banbridge
Seventh-day Adventist Church view this event as preparation for the Cities of
Hope Project in March 2014 when our home grown Pastor David McKibben, who
currently pastors in Sydney, Australia, will present a series of sermons in the
same venue. We would like the community to see our church as a friendly place
and we hope that they will join us for the presentations that will highlight
our Salvation by grace through faith in Jesus alone,” said Hamblin. 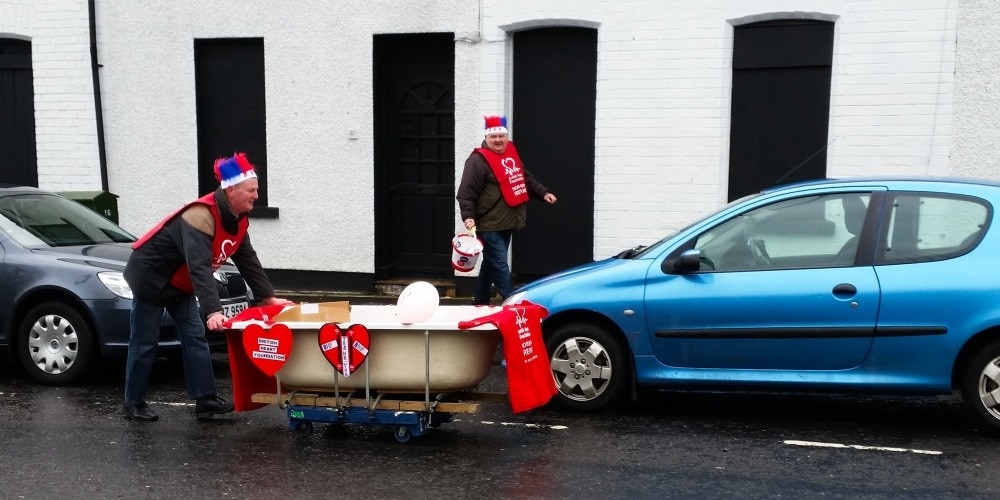