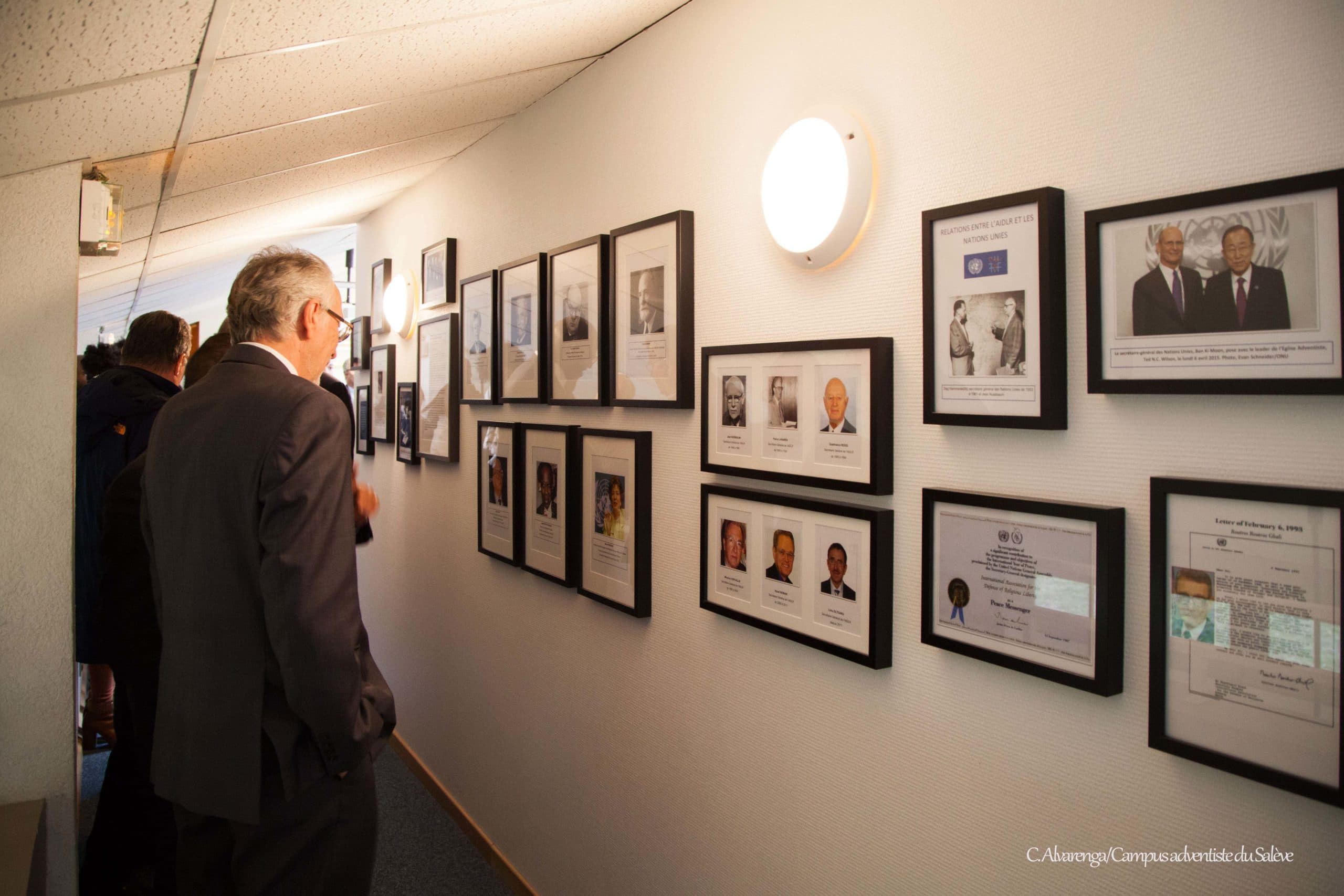 By JEAN-JACQUES HENRIOT and BETTINA KRAUSE

Church leaders, United Nations representatives, academics, and students celebrated the February 4 opening of the International Center for Religious Freedom and Public Affairs at the Adventist Campus in Collonges-sous-Salève, France.

In his address, college principal Jean-Philippe Lehmann noted the unique role the campus has played in the history of the church’s advocacy for human rights and religious freedom. The college, located just a short distance from the French-Swiss border and the city of Geneva, has had many connections through the years with religious freedom luminaries. These include one-time seminary student Jean Weidner, honored for his efforts during the Second World War helping smuggle more than 1,000 Jews, Allies, and members of the resistance out of Nazi-occupied territory to safety, and Dr. Jean Nussbaum, founder of the International Association for the Defense of Religious Freedom and a pioneer of Adventist work at the United Nations.

“All human rights are interdependent and indivisible”

The new Center is located above the college’s Alfred Vaucher Library and will work closely with students from the college’s theology seminary and School of French Language. The Center will also encourage research, produce publications, and organize events. Its proximity to Geneva, which hosts the headquarters of many different international organizations, also provides opportunities for networking and practical training for students.

Ambassador Ibrahim Salama, Director of the Division of Treaties Relating to Human Rights at the High Commissioner for Human Rights’ Office at the United Nations in Geneva, spoke at the opening, and congratulated the college for continuing to prioritize education about religious freedom and human rights. Salama said that religious organizations have a significant responsibility, globally, in defending and promoting basic human rights. Mr. Ahmed Shaheed, the U.N.’s Special Rapporteur on freedom of religion or belief, also sent a special video message to commemorate the opening of the new Center.

Dr. Ganoune Diop, director of Public Affairs and Religious Freedom for the Adventist world church, gave a keynote address, expressing his hope that the Center will promote a holistic understanding of religious freedom.

“All human rights are interdependent and indivisible” added Diop, “and religious liberty is foundational, undergirding all other freedoms.”

Dr. John Graz, former director of PARL for the world church, played a leading role in the formation of the new center and will take on responsibility for its day-to-day operations. He spoke of his personal dream that the center will help nurture a new generation of Adventist peacemakers. “Both interreligious dialogue and dialogue with secular authorities is vital,” he said. “It is through communication that we can both share what makes us, as Adventists, distinct, and find common values and goals.”