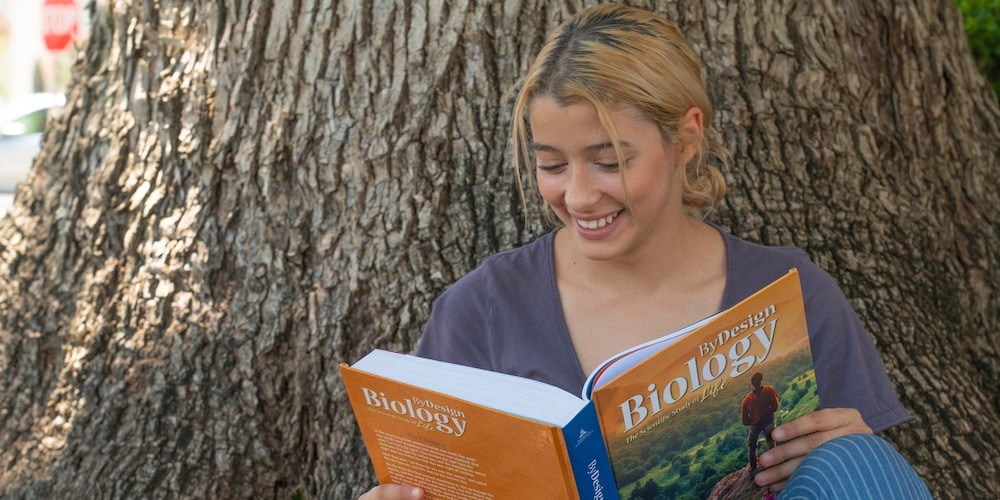 Educational and scientific leaders of the Seventh-day Adventist Church are saying that anyone who wants high school students to be thoroughly educated in biology from a biblical perspective will be pleased with the recent publication of By Design Biology: The Scientific Study of Life.

“This new textbook for secondary school biology classes will be a powerful tool in the hands of teachers and an eye-opening revelation of God’s amazing creation for students,” they said.

A team of Christian authors and editors poured what has been described as “immeasurable effort” into this new resource. The team was led by Timothy Standish of the Seventh-day Adventist Church Geoscience Research Institute (GRI). Standish is a biologist and Bible believer. The executive editor was Larry Blackmer, who recently retired as North American Division vice-president for education and is also a trained biologist.

Some may fear that a textbook written with a biblical worldview will ignore the materialistic theory of evolution that students are required to understand at university.

“Skipping over evolution — which is pushed with ever more enthusiasm in secular textbooks—is common in private and public schools,” Standish said. “Our objective has not been to disregard evolution, but to ensure that students educated using By Design Biology will have a better understanding of evolution than their peers.”

Standish added that teaching students what the theory of evolution is and showing how it is used to explain natural phenomena empowers them to see why it fails as a theory explaining life. At the same time, he said, “showing a theory’s inadequacies is only part of what is needed, as students should also understand that there is a better and more satisfying understanding of nature that liberates them to see all the beauty and wonder that God put there and equipped us to discover.”

The book strives to share what Standish called an “emancipating view.”

The publisher, Kendall Hunt, worked diligently with the authors and editors to ensure that By Design Biology meets what are known as the Next Generation Science Standards (NGSS). These educational standards have been widely criticized for their rigidly materialistic focus at the expense of the diverse worldviews found among high school students. But the NGSS are being adopted by most states; students who do not meet them will be at a significant disadvantage.

“At the end of the day,” says Standish, “the NGSS actually helped us as we sought to give students the clearest possible understanding of evolutionary theory. Our aim is not to indoctrinate students with a one-sided presentation of information that only favors our view; it is to provide students with a clear and informed choice between a materialistic and a theistic view of life.”

Schools interested in improving their biology curriculum by adopting By Design Biology, parents interested in supplementing their children’s secular education in biology using this book, and anyone who desires a deeper understanding of biology for themselves, can get more information about By Design Biology from the book overview by Kendall Hunt or by checking the publisher’s blog.