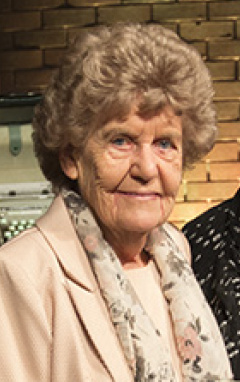 A new book based on letters that a Seventh-day Adventist missionary wife and mother sent home to family nearly every week from 1956 to 1966 received an unexpectedly warm reception at its debut at the Avondale College of Higher Education in Australia.

More than 250 people, many who had also served as missionaries, crowded into the Ella Hughes Chapel on the college’s Lake Macquarie campus to buy copies of Dearest Folks: Letters Home From a Missionary Wife and Mother and hear Margaret Watts speak about her life with her husband, Horrie, in New Hebrides (now Vanuatu) and the island of Bougainville in the Territory of New Guinea (now Papua New Guinea).

“We loved attending this book launch, even though we’re not related to Margaret and Horrie Watts,” said attendee Joy Watts, in a comment on Avondale’s website. “I really liked what each person said, and the time that was allocated. The book we bought is surpassing expectation.”

Nearly every family in attendance on May 28 snapped up a copy of the book, with 176 copies sold, and the book also has been selling briskly at the local Adventist Book Center in Cooranbong, Australia.

“We’ve had a number of people come into the store this week also wanting to buy copies,” said Shay Taplin, assistant store manager. “It’s going to be a very popular book.”

Dearest Folks publishes almost 100 of Watts’ surviving letters, which give a sense of immediacy to and an unselfconscious account of family life and medical crises and treatments at the Redcliffe Mission Station on Aobe islands and at the Inus Mission Station on Bougainville. Watts, a graduate of Avondale, wrote the letters by hand or tapped them out on a typewriter “for those at home to share in the thrill of mission service with us and feel part of our day-to-day family life,” as she wrote in one of them.

Historian and co-author Robyn Priestley said the letters also address “a collective amnesia” in Adventist mission history, “a forgetfulness of the roles of mission wives and children.”

“Their stories are assumed to be known but are usually subsumed silently into the larger mission story without detail, and often without acknowledgment,” Priestley said.

Joy Butler, a longtime Australian missionary in the Pacific islands and Africa, agreed in her written endorsement in Dear Folks, saying the book pays tribute to “the many missionary wives who have faithfully gone to often-lonely and isolated places where they faced the unknown.” 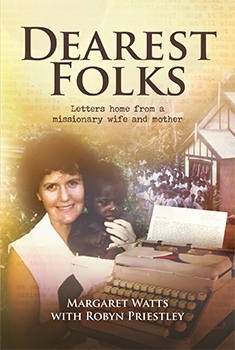 She said she was “profoundly impressed” with Watts’ tenacity and courage.

“She excelled [as a nurse], at times doing the work of a doctor and surgeon,” Butler wrote. “On top of this, she became a choir mistress, an expert seamstress, hairdresser, home-school teacher, hostess to scores of visitors and, amid it all, delivered hundreds of babies — all without monetary reimbursement for her services.”

The decision by the book’s publisher, Adventist-owned Signs Publishing, to release the book may have wider benefits for the Adventist Church in the South Pacific, said Graeme Humble, director of Adventist Mission for the church’s South Pacific Division.

“Stories reflect our values, and by telling our stories of mission we keep the value of mission alive among our children, young adults, and the wider church,” Humble said. “Stories inspire people to emulate the examples of former missionaries and other pioneers. Some will decide they want to take up the baton and continue the legacy of the Watts family.”

“I wonder what effect this is having on mission in the church, particularly in Australia and New Zealand, as there are fewer expatriate missionaries sending correspondence home to diminishing networks?” he said.

Humble said his concern was not for the nationalization of the workforce in the Pacific islands but for the health of local churches.

“Focus on overseas mission service invigorates local churches and saves them from becoming introspective,” he said.

“The enthusiasm apparent at its launch reflects well on the healthy sense of mission within the church and gives the opportunity of sharing these stories — and this vision — with a new generations of readers,” Brown said.

Dearest Folks is now available from Adventist Book Centers in the South Pacific Division and hopeshop.com.