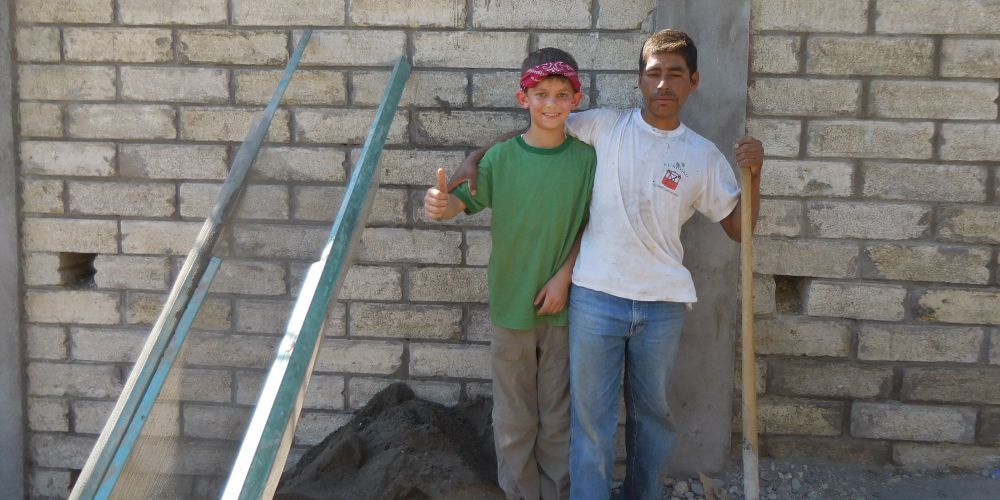 A heavily intoxicated man stumbled over to the site where we were building a new Seventh-day Adventist church in the small village of Papantla, Mexico.

He asked the Mexican builders if he could work. They shook their heads, saying he was drunk.

Then he approached me.

My family of five — father, mother, and three boys — had flown to Mexico from our home in Monroe, Washington, as part of a short-term mission trip organized by the Adventist supporting ministry Mexico Mission and Beyond during the last Christmas break. We joined a group of 75 other Adventists aged 7 to 70 in sleeping on the tile floors of local schools and taking bucket showers. We also built five churches and held Vacation Bible School meetings, health expos, and evangelistic meetings for the adults and the children.

The drunken man began to plead with me for work on the second day of construction in Papantla.

I told him that he needed to sleep and could work when he was sober. But the man persisted. I prayed with him, hoping he would sense some peace and leave. But he insisted that he could work. Finally, I gave him a job sifting sand with my 11-year-old son, Levi.

Because Alfonzo was drunk, it took many attempts to explain the simple job of shoveling sand. But he was persistent and energetic, and he vigorously set about his new task. For awhile.

Soon Alfonzo began to crave another drink, and he slipped away.

Within moments Levi noticed that his new friend had left and chased him down, bringing him back before he was able to drink.

Alfonzo collapsed in tears. He was 33 and had been a drunk his entire adult life, he said. He wanted to change but said he had tried and could not.

We prayed for him and encouraged him.

Alfonzo tried to walk away several times that day, but each time Levi diligently brought him back.

As evening approached, we said good-bye to Alfonzo. I didn’t expect to see him again. But as we returned the following day to finish the church, Alfonzo returned — and he had not drank a drop of alcohol. His eyes, mind, and words were clear, and he began to work extremely hard.

That evening he returned to his home, showered, put on his best clothes, and came to the evangelistic series. Levi sat right beside him.

As the week progressed, Alfonzo remained sober and attended each evangelistic meeting. At the end of the week, the speaker made a call for baptism. Alfonzo wanted to go up to the front but hesitated. Levi quickly joined him in going forward. Though language, culture, age, and addresses separated the man and boy, the love of God bound them together for eternity. We had the privilege of seeing Alfonzo baptized that Sabbath.

Levi hopes to see his friend on another mission trip but, if not, they will meet together in heaven.

I am reminded of Paul’s advice to Timothy: “Let no one despise your youth, but be an example to the believers in word, in conduct, in love, in spirit, in faith, in purity” (1 Timothy 4:12, NKJV).

After seeing my 11-year-old son lead a man to Christ despite all the obstacles, I ask myself, “What is holding me back?”

I have returned to my small hometown with a new fire to be a missionary wherever I am. God needs missionaries everywhere — in every country, in every workplace, and in every home. I can have faith that God will use me. No obstacle is too big.

A version of this testimony appeared in North Pacific Union Conference’s GleanerNow.