More than 200 children, youth, and adults cycled 40 kilometers (25 miles) through Colombia’s capital city February 27, 2022 to launch the first of dozens of initiatives and activities commemorating the centennial of the Seventh-day Adventist Church’s presence in that South American nation. The cyclists also rode to promote healthy living to onlookers and business owners.

Another group of 80 Adventist cyclists in Boyacá, a state located in Colombia’s mountainous region, also took to the main roads wearing their I Want To Live Healthy shirts.

“This [activity] is part of our celebration of 100 years since the Adventist Church was organized in Bogotá, and to also begin commemorating the establishment of the Inter-American Division that we celebrate this year,” Alvaro Niño, president of the church in the South Colombia Union Conference, said. Niño also took part in the cycling initiative as a member of the church’s I Want to Live Healthy cycling club.

“We are a group sharing hope; we are a church of hope, and for this we are inviting our membership across the region to also launch additional I Want to Live Healthy cyclist clubs,” Niño said.

The event began at 8 a.m. at the Enrique Olaya Herrera National Park in the eastern part of Bogotá, with prayer and praise songs before cyclists took off.

Diomedes Lucumy, a young adult member of the cycling club, was impressed by the church’s message of healthy living. “Once I had the opportunity to cycle more than 500 kilometers [312 miles] from Bogotá to the Cauca department and I decided to wear my I Want to Live Healthy uniform. … I wore it proudly because I want to motivate persons to exercise,” he said.

Leonel Preciado, youth ministries department director for the church in South Colombia, said it’s been a joy having Lucumy as part of the church’s cycling club. Ever since Preciado invited Lucumy to join the club, his commitment has been inspiring.

“Diomedes (Lucumy) was the first member of our club who purchased the uniform shirt and the first to travel 500 kilometers [312 miles] wearing it,” Preciado said. “He is not a member of the church, but he trains, takes part in every impact activity, is passionate about healthful living, and invites young people and his fellow cyclist friends to live healthy.”

The plan is to invite more people to take part in the church’s cycling club, Preciado said. It’s about sharing the health message and the love of Jesus, he added.

As the ride was taking place, a group of women walked alongside the cycling route on the main streets distributing literature about the healthy living initiative.

“Many [people] approached us to find out more about the activity,” Zharick Bohórquez, a young person from the Northwest church region, said. “We were reassured that this message of ‘I Want to Live Healthy’ is so that young people, pastors, and children can share, taking the eight natural remedies and hope to the community,” she said.

The cycling club concluded its journey at the Adventist Coliseum in the city. “This was an extraordinary impact that can lead the mind and heart of persons to know Jesus as their personal Savior,” Niño said. He encouraged participants to join upcoming I Want to Live Healthy activities.

Additional activities led by the church will include health expos, blood drives, tree planting, cycling routes, and a grand cycling celebration where 100 cyclists will travel 100 kilometers (about 60 miles) through Bogotá in commemoration of the centennial celebrations later this year. 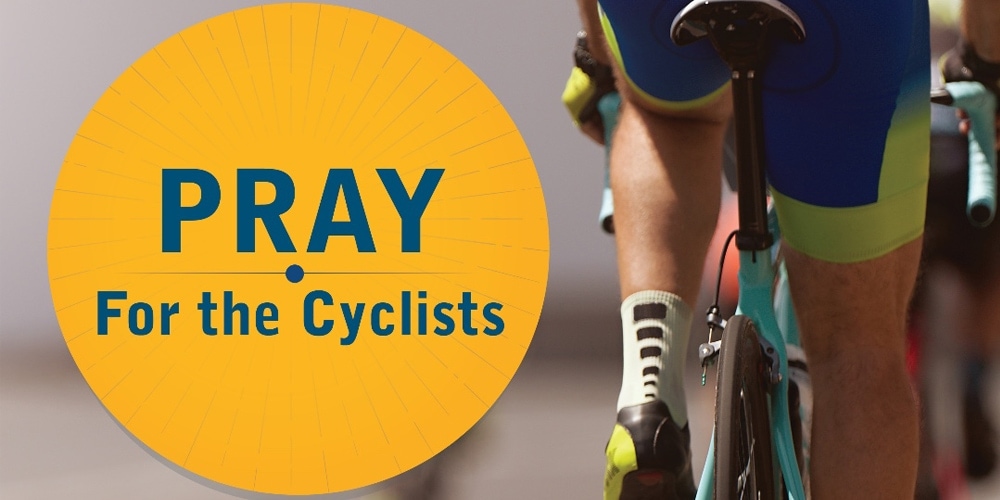