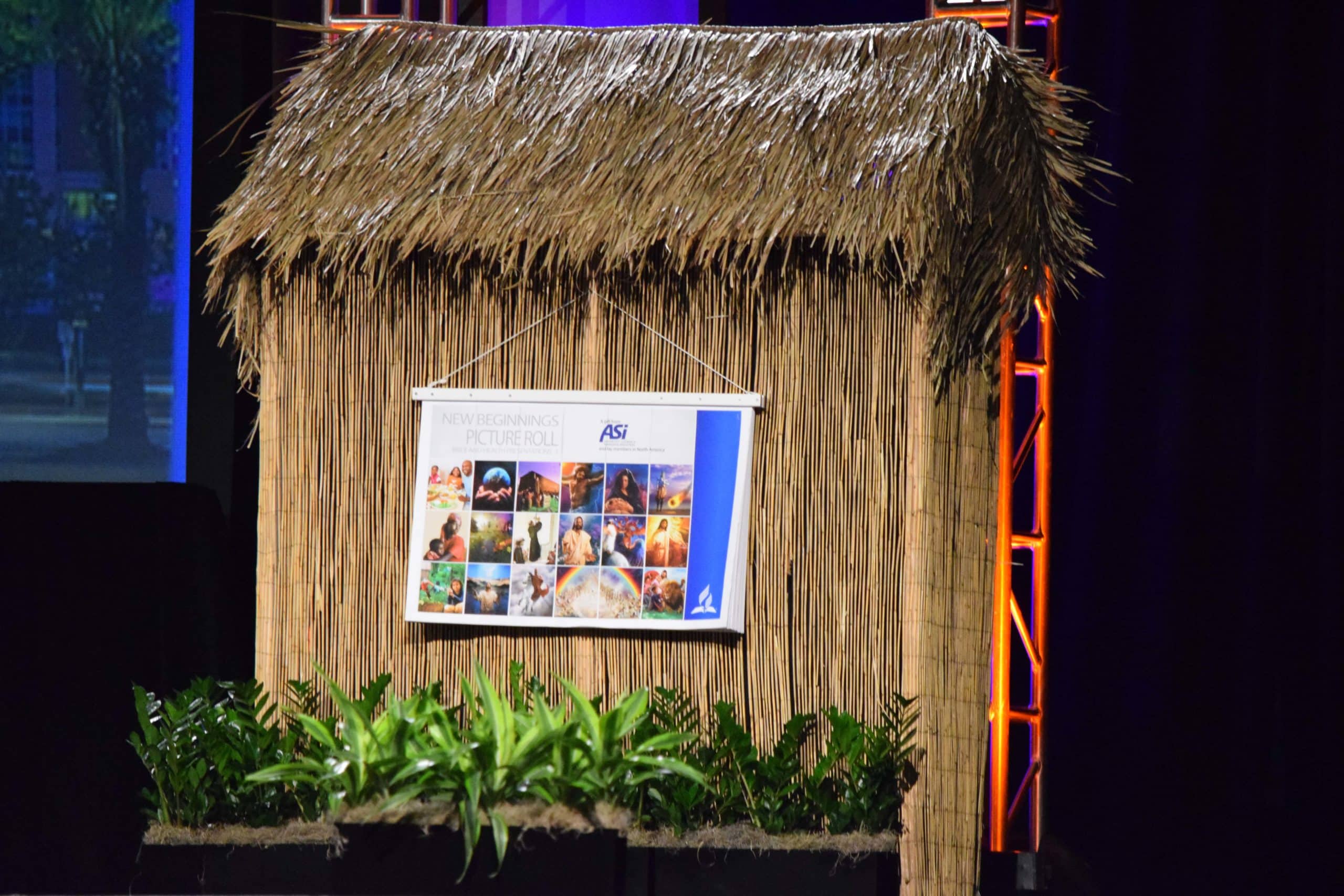 Adventist Laymen’s Services and Industries (ASi) will invest millions in at least 42 mission projects, it was announced during the organization’s annual convention in Houston, Texas, United States, on August 5. The money, coming from the special offering traditionally raised on the Sabbath of the convention, will help fund self-supported schools and ministries, outreach and evangelistic projects, and health and nonprofit initiatives around the world.

“Your offerings will make an impact for eternity,” said Debbie Young, from Quiet Moments Ministries, who introduced three of the projects to the audience just before the offering was taken on Sabbath morning. “They have the potential of changing lives for Christ.”

The 42 projects that will benefit from ASi members’ special offering will receive a projected offering goal of US$1.85 million. Several projects also expect to be awarded an eventual overhead, as members were still making their contributions and pledges by the end of the day.

Below it is a brief description of two of the three projects featured on August 5.

Save the Girls—and the Boys

Kibidula Agriculture Training School is in Tanzania. In operation since 2004, the school works with teenagers who have failed secondary school entrance exams so that they can stay in school. If left to fend for themselves, these teenagers are at risk of entering sex trades.

“Currently, there are 148 students receiving Adventist education,” said Kibidula leaders. “Students work, plant, and learn to do things with their hands.”

In a country where, according to missionaries working on the ground, girls can be legally married at 15, the risks for school dropouts and vulnerable young people are many.

“One in six girls ages 15-19 gets pregnant, and pregnant girls are expelled from public schools for life,” said the ministry leaders. “At Kibidula, we explore options for them, since they endure public shaming and are denied further education, even if they got pregnant because of rape.”

A few years ago, Kibidula started a printing operation in a garage. Now they have a new printing facility that houses two presses which will print health and evangelistic materials to share with the students and the community. Not long ago, they printed 1 million GLOW missionary tracts. “They were distributed in just four days,” said leaders.

The downside of Kibidula is that presently, there are 40 girls squeezed into a dormitory designed for fewer than 20 students. The special offering allocation will be used to help build a new girl’s dormitory.

Kibidula is hoping to become self-sufficient by working on the development of an avocado export business. But Kibidula success is not only about agriculture since the program has proved effective as an outreach tool. About 90 percent of the students accept Jesus as their Savior before graduating from the two-year program.

“Most students make a decision for Jesus and ask to be baptized,” said leaders. “Kibidula is changing young lives, giving them a future and a hope.”

ASi will invest a good chunk of the special offering money—US$ 500,000, plus 50 percent of the overflow—to develop picture rolls on biblical and health topics. Picture rolls—a historically tried-and-true evangelistic tool—will be adapted with a new look and contemporary artist renderings to reach people especially in Africa, where there are still many places with no electricity.

The picture roll set, with an estimated production cost of US$55 a piece, will include seven Bible pictures plus one health poster for each of the 26 presentations of the ASi New Beginning series.

“We believe these picture rolls will lead thousands of people to Christ,” said ASi Vice-President for Evangelism Norm Reitz as he showed a sample to the audience. “People will come to know the God of heaven and Christ as their Savior thanks to these pictures.”

“I think people will be magnetized by these picture rolls,” said Eastern Central Africa Division president Blasious Ruguri. “Imagine when they see for the first time an image of the second coming of Jesus.” The church region under Ruguri’s leadership is planning to use thousands of the new picture rolls for evangelistic meetings in Kenya, Uganda, and Tanzania next year.

“Painting can be a very profound tool of evangelism,” said Nathan Greene, one of the artists contributing to the picture rolls images. “This is my motivation as an artist.”

Keith Mosier, who serves in the Congo Frontier Mission, said he loves the practical nature of this new tool for evangelism. “A whole evangelistic series can be shared through these pictures,” said Mosier. “Sermon notes go together with the picture roll, which you can use digitally with a generator from a motorcycle—as I do—or even download them into your phone.”

ASi leaders expect that the picture roll project could be a game-changer to reach rural groups in Africa and elsewhere, as it is used as a tool to share Jesus.

“[These picture rolls] will bring people to Jesus,” said ASi president Steve Dickman. “They will help people to understand the sacrifice made on their behalf.”