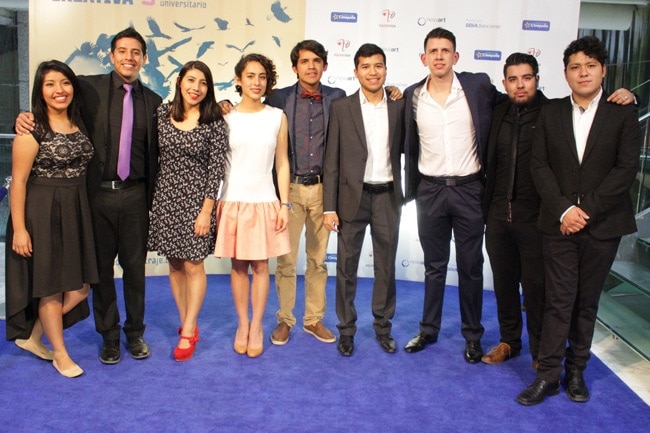 A group of students from Seventh-day Adventist Church-operated Montemorelos University recently obtained second place for their film submitted during the 9th national university “Hazlo en Cortometraje,” or, “Do it in Short,” film contest held in Mexico City, Mexico.

The contest promotes the creation and cinematography training of university students and former graduates by convening them in an annual festival for short films that propose creative solutions to the social and environmental challenges facing Mexico and the world.

The project was among 1,130 short films submitted under fiction, documentary, animation, and experimental categories. The awards ceremony was held recently at the Cinépolis Arcos Bosques facilities in Mexico City.

The short film is entitled “El árbol de la poesía” or “The Tree of Poetry,” and deals with a professor who teaches that everyone is surrounded by people full of dreams and ideas, and everyone needs to be willing to listen and share together, said Jorge Sosa. Sosa is the creator, director, and editor of the short film. The film needed to focus on the 2016 “Creative Citizenship” contest theme, students said.

“The Tree of Poetry” film has multiple messages said Sosa. It is an ode to the power of art to unite people, to break barriers, and to delight in simple things.

“It was so valuable to be part of this competition because events like these encourage young people to come up with solutions and allows for the expression of ideas beneficial to the social well-being in these times,” said Sosa. 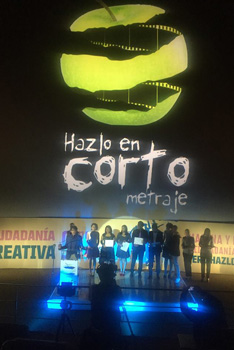 Having won second place inspires him to continue creating and believing that “we can inspire others to make a difference around us,” Sosa, a student at the Montemorelos School of Arts and Communication, said.

“Art, poetry, and communication have the power to rebuild the social fabric, becoming better communities, as well as more empathetic, more united and more thoughtful,” he said.

The top winning short films will become part of the BBVA Bancomer Foundation and Cinépolis Foundation and will be screened in different cultural and educational forums across Mexico.

Professor Matheus Nascimento, director of the School of Arts and Communication, who plays the main character of the short film, congratulated the students and said that their accomplishment confirms the school’s mission to teach the students to produce quality audiovisual content as part of the overall mission of the institution.

“This is a window of opportunity for them to promote cinema as a great tool with an enormous potential to reach an audience that we otherwise would not be able to reach,” said Nascimento.

The production team received a prize of 30,000 pesos (approximately US $1,470) and an expense-paid trip to the award ceremony, as well as a two-day audio course in Mexico City.

Sosa, who finished a degree in media and communication from Montemorelos University late last year, has participated in other film contests as a student in Montemorelos, including a short film he wrote and directed and which was a finalist at the 2014 Guanajuato International Film Festival (GIFF), called “Cuidado con el tren” (“Be careful on the train”). He assisted in directing another 2012 GIFF finalist project called “Al Cristo crucificado” by Helen Hernández, who has graduated from Montemorelos University since then.