Marcelo Almost Gave Up Living but Decided for Christ 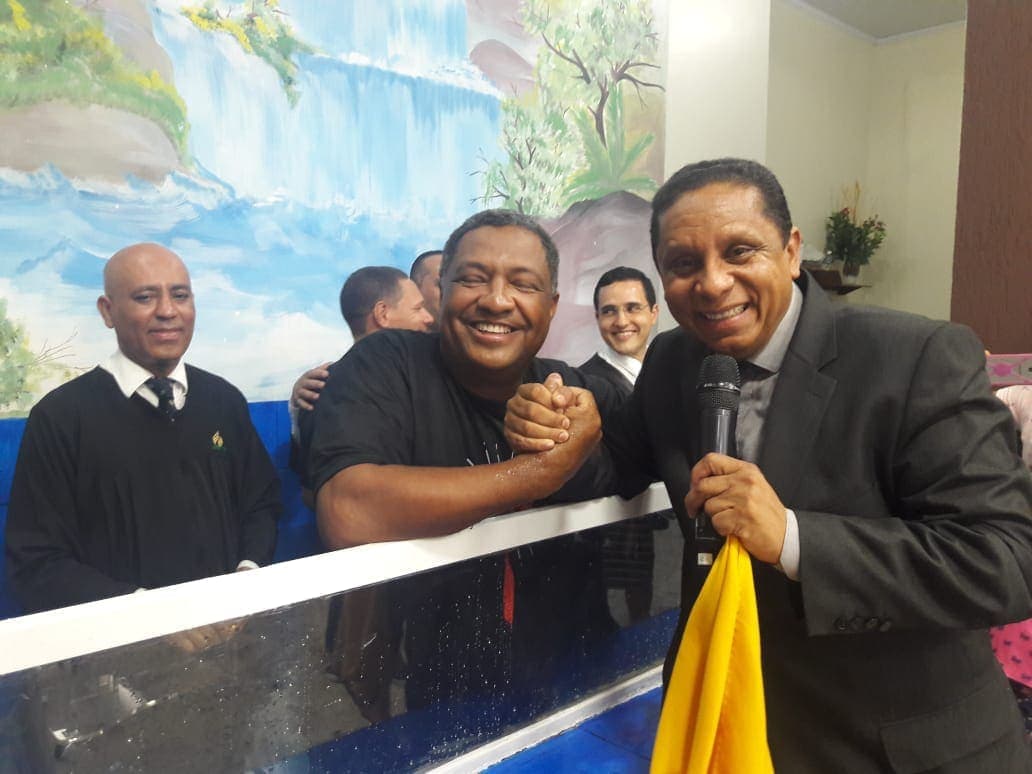 Stories of how people encountered Jesus are emerging as the Seventh-day Adventist Church in South America concluded a week of evangelism across the region on November 24, 2018. Established some years ago, the annual special week, called Week of Hope, was included in the calendar as a harvesting initiative.

This year, with the theme “Essences,” meetings and decisions for Christ took place in 30,000 venues across eight countries. Pastors and mission-minded volunteers led the meetings.

A Book, a Hug, and a Prayer

One of the thousands who committed to Jesus on November 24 was Marcelo Aparecido, a 48-year-old man living in Unaí, Minas Gerais, Brazil. In April 2017, Aparecido had one of his legs amputated. It was the beginning of a turbulent period for him, he said, as he was also fighting addictions.

“I was at home, depressed, and seriously thinking about suicide, because I could not bear the pain I was feeling,” Aparecido recalls.

One day, after several days had passed without him leaving his apartment, he felt a little better, he said, and managed to make it to the street. When he got to the sidewalk outside his building, Aparecido met South American Division president Erton Köhler. Köhler and his family were distributing The Power of Hope, the outreach book that the Adventist Church headquarters in South America had slated for widespread distribution. Aparecido accepted a copy of the book and received a hug and a prayer from the president.

From that day on, Aparecido was in contact with the nearby Adventist congregation and began to study the Bible. The local One Year in Mission team (young people who volunteer to conduct evangelistic outreach regularly), led by Jackson Pires, also provided spiritual support.

“I used to think there was no solution [for me],” Aparecido said after committing his life to God through baptism. “Today I finally see the light at the end of the tunnel.”

Jorge Mota, a 51-year-old man living in Brazlândia, in Brazil’s capital city, attended most of the meetings during the special evangelism week and was baptized on November 18after listening to the biblical messages of project coordinator Luís Gonçalves.

Mota had been a religious leader of therapeutic communities for 22 years and participated in various social projects in several states. But something bothered him. After watching Adventist programs on TV, he saw the need for in-depth Bible study. After attending evangelistic meetings, he said committing to Jesus through baptism was the logical step to take.

At the baptismal ceremony, Mota was asked how he felt and answered with a metaphor. “Have you ever felt that you are captive but then managed to become free? That’s how I feel.”

Encouraged by this new realization, Mota said, he is already organizing Bible study groups with friends and has invited other people to get acquainted with the Bible. “Some people tell me that the commandments were abolished, but when they learn the truth, they are also set free,” he said.

For Gonçalves, the annual evangelism week is an opportunity for people who study the Bible — individually or in other ways — to commit to Jesus. “We strive to develop programs that can help people who wish to make a decision for Christ,” Gonçalves said. “But this can only happen once they understand, through Bible study, what this decision entails.”

An original, longer version of this story was posted on the South American Division news website.