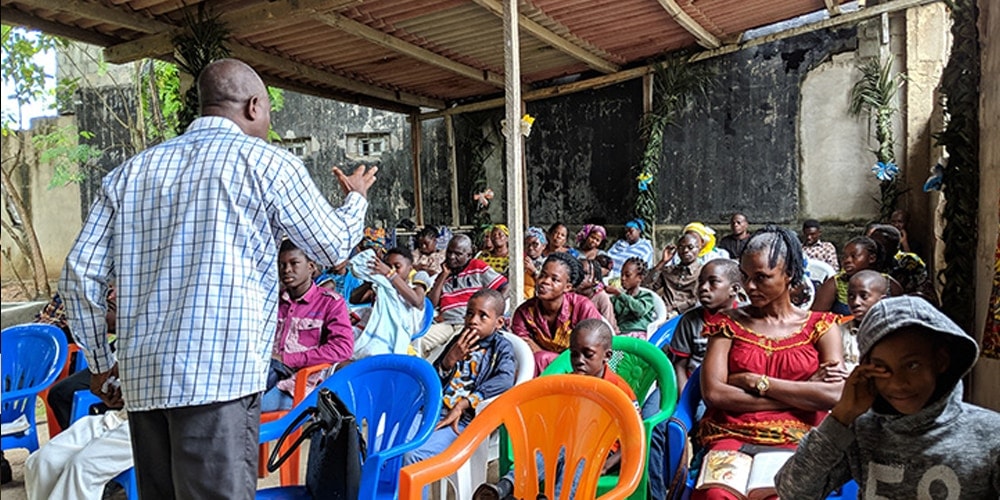 In 2019, Maranatha Volunteers International, a supporting ministry of the Seventh-day Adventist Church, will begin working in Côte d’Ivoire to build churches and schools across that West African nation. Maranatha’s commitment is a response to a specific request from the Seventh-day Adventist Church in the West-Central Africa Division administrative region, said ministry leaders.

“The church in Côte d’Ivoire is relatively small, with just 15,000 members. But they have the potential to grow, and something that can help are precisely churches and schools,” said MVI president Don Noble. “Most congregations don’t have a good building, and if the Adventist Church in Côte d’Ivoire wants to accomplish their mission, they need to have more schools.”

At the beginning, Maranatha will focus on projects in Abidjan, the country’s capital and headquarters for the Adventist Church in West Africa. The first project will be building a secondary school in the city, along with a few churches. Abidjan is a large metropolis of 4.7 million people (2014 census figure) on the coast of the Atlantic Ocean.

Twenty-two countries comprise the West-Central Africa Division, and 12 of them are among the poorest nations in the world. The church in the region needs support, said Maranatha leaders, who had been in discussions to increase projects in the area nearly a decade ago. After completing a multi-year effort in Ghana, where volunteers helped to build churches and a primary and secondary school at Valley View University, Maranatha was intending to explore efforts in other West African countries when the Ebola epidemic occurred.

Today, the threat of Ebola has gone, and Côte d’Ivoire is a peaceful country. In February 2019, a Maranatha leadership team will arrive in the country to prepare for construction and volunteer projects.

Currently, Maranatha is working in 14 countries around the world. Efforts are focused on church and school construction and water wells. A portion of the projects are completed by volunteers participating in short-term mission trips organized by Maranatha.

Maranatha Volunteers International, which in 2019 will be celebrating its 50th anniversary, is a responsive organization that fulfills requests for construction assistance in the Adventist Church. Each project is carefully considered for need, overall impact on the community, and resources for long-term maintenance and support.