Managing Anger in the Midst of COVID-19 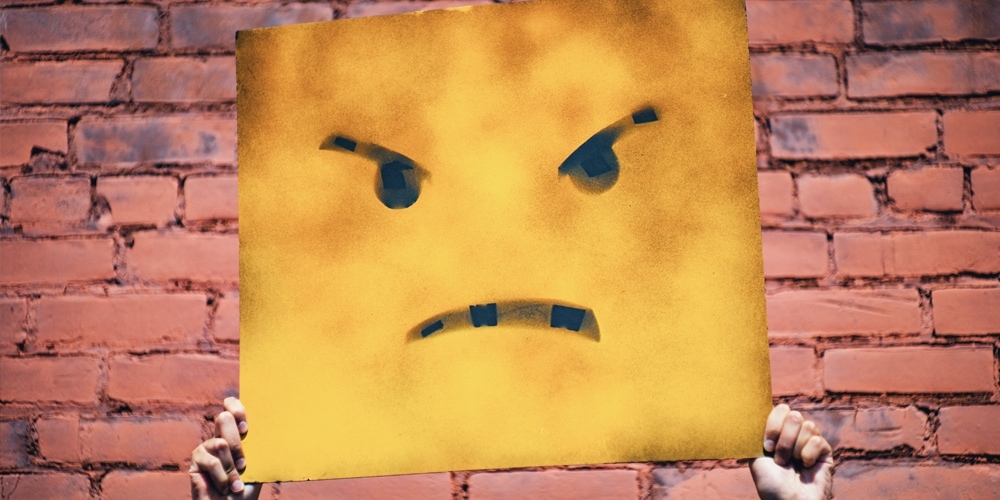 While the slower pace of life under social distancing and self-isolation has created an opportunity for families to spend high-quality time together — time for board games and jigsaw puzzles, bike rides, and stories — living together 24/7 can also give rise to negative emotions, particularly anger.

But I also know that, by the grace of God, it is possible to learn effective anger management. So, if frustration and anger are more frequent emotions during this time of stress and social isolation, you may find helpful some of what I’ve learned over the years.

First and foremost, I’ve found it imperative to ask God daily to fill me with His Spirit so that I might live in ways that evidence love, joy, peace, patience, kindness, goodness, gentleness, and self-control (Gal. 5:22, 23).

And a passage of Scripture that I’ve found particularly insightful is found in Ephesians 4:26, where Paul states: “In your anger do not sin.” These words reflect the social science perspective that anger is a normal human emotion, and there are both appropriate and inappropriate ways of expressing it.

Ideally, we should begin to learn how to be angry without sinning during childhood; however, because a child’s anger is so unpleasant — think of hitting, biting, head-banging, screaming — and because anger is generally thought of as wrong or sinful, many parents (and I am no exception) try to suppress their child’s anger rather than teaching appropriate ways of expressing it. Consequently, many of us arrive in adulthood without the skills required for expressing anger “without sinning.”

A resource that I’ve found helpful is child psychiatrist Ross Campbell’s anger ladder, found in the book called The Five Love Languages of Children (co-written with Gary Chapman), which outlines concrete steps for learning how to grow toward maturity in handling anger.While it is primarily intended as a parenting tool, it is also helpful for adults who are still maturing in this area, as it describes what “in your anger do not sin” might look like.  Campbell suggests that when you’re angry, your goals should be as follows:

While these might seem like unrealistic goals if you struggle with anger management, a concept that helped me work toward these goals was the idea that anger is a secondary emotion. In other words, when we are angry, usually other feelings are hidden under the surface.

Relationship researcher John Gottman compares anger to an iceberg, only 10 percent of which is visible above the surface; the rest is hidden below the water. Similarly, when we are angry, often other emotions are part of our experience, some of which we would prefer to hide, such as feeling disrespected or rejected, shamed or embarrassed, fearful or insecure, or maybe just tired or hungry. Consequently, one way to learn to manage anger is to look beneath the surface and identify what might be triggering the feelings of anger.

When I first learned to look beneath the surface of my anger iceberg, I realized that, more often than not, I tended to feel angry when I was hungry. This is so common it even has a name — “hangry.” Now that I know hunger is a trigger for me, I find (1) self-talk, (2) deep breathing, and (3) intentionally keeping my mouth shut helpful in those moments, usually before mealtimes, when I’m hangry.

My husband has learned that when I’m super quiet and focused on preparing a meal, that is not a good time to make jokes or have an important conversation. Instead, he asks, “Are you hungry?” and when I nod, he knowingly says, “Ah” and focuses on helping me prepare something to eat.

The next time you feel anger rising up, try to stop and think about what it is that you’re really feeling. It may take several attempts to look beneath the surface of the anger iceberg — many of us don’t know how to articulate our feelings beyond mad, bad, sad, or glad — but I encourage you to persist. You might be surprised by what you discover. And you might be surprised by how much more manageable your anger is once you realize that an underlying feeling is driving it.

Another passage of Scripture I’ve found helpful is Ephesians 4:29, where Paul writes: “Do not let any unwholesome talk come out of your mouths, but only what is helpful for building others up according to their needs, that it may benefit those who listen” (NIV). For me, the most important word in this verse is let. “Do not let” implies that we have control over what comes out of our mouths.

I was confronted by this reality during a sermon many years ago, in which the pastor spoke about anger management. He said something along these lines: “Imagine that you're speaking angrily to your spouse or child when the phone rings. You pick up the phone, and instantly your tone of voice changes from harsh to polite.” Most of us in the audience smiled sheepishly as we recognized the truth of what he was saying.

As human beings, created in the image of God, we have the freedom to choose our words and actions — words and actions that build others up or tear others down. So if you find that this time of social isolation leads to more frequent episodes of anger rising up, try to take a few deep breaths (or maybe even a walk outdoors), identify what you’re really feeling, and remember that, because you have control over the words that you let out of your mouth, you can be intentional in saying nothing until you're able to “be angry but do not sin.”