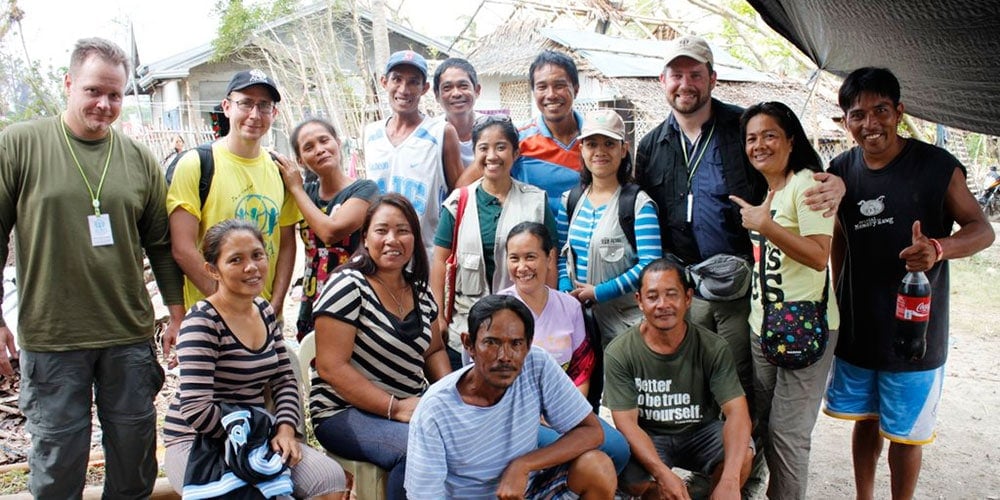 A disaster response team from Loma Linda University Health (LLUH) has just returned from deployment to the Philippines where they helped in recovery efforts in the wake of Super Typhoon Haiyan.

The LLUH team partnered with ADRA to conduct assessments and coordinate ADRA’s response program in some of the hardest hit areas of the typhoon, which struck the central part of the Philippines on Nov. 8.

More than 5,000 people were killed and more than four million remain displaced in the wake of the Super Typhoon Haiyan, considered one of the strongest storms in history.

“Our hearts are heavy from the devastating loss of life and incredible destruction caused by Super Typhoon Haiyan to the Philippines,” said Dr. Richard Hart, president of Loma Linda University Health. “We are very proud of our partnership with ADRA to assist in the monumental task of helping the Philippines and the Filipinos get back on their feet.”

LLUH has a long tradition of global outreach and partnership. Since 2010, LLUH has established a presence in Haiti to coordinate public health emergency response and provide clinical services to people impacted by a catastrophic 7.0 earthquake that hit that country.