White Adventists in the upper Midwest recently got a much clearer picture of what African-American members often experience in the church and society at a first-of-its kind meeting in the North American Division.

Billed as “A Journey to Healing and Understanding,” the October 1 event was sponsored by the Lake Union Conference and Andrews University, and held at the Berrien Springs Village Adventist Church. In advance advertising for the meeting, Union President Don Livesay had explained that the purpose was to acknowledge racial divisions and continue the necessary process toward healing that he and his colleagues in the Lake Union had begun a year and a half earlier.

In June of 2015, at the seventieth anniversary camp meeting of the Lake Region Conference in Cassopolis, Michigan, Livesay presented a formal apology from the Lake Union Conference for the wrong behavior and attitudes of the Adventist church that had contributed to the formation of Black, or regional, conferences.

This year’s event began with congregational singing, led by a praise team of Andrews University students. Engaged attendees in the packed church could easily catch the significance of “Down By the Riverside,” with its emphatic and repeated refrain: “Oh I ain’t gonna study war no more.” This was followed by “Just as I am, without one plea . . . .” Those two sentiments—renunciation of strife, however subtle, and an abject, no-excuses capitulation to the saving grace of Christ—formed ideal frames for what organizers readily acknowledged could be an uncomfortable, even difficult gathering.

In his introduction, Livesay stressed that this second major event, after last year’s apology, was just one more step in a longer journey. “We don’t pretend that this meeting covers everything,” he said. “This is a journey that continues.” He asked White attendees to “authorize” African-American participants to tell stories that might make White members feel uncomfortable. “We may make mistakes, but we must make progress,” he said. 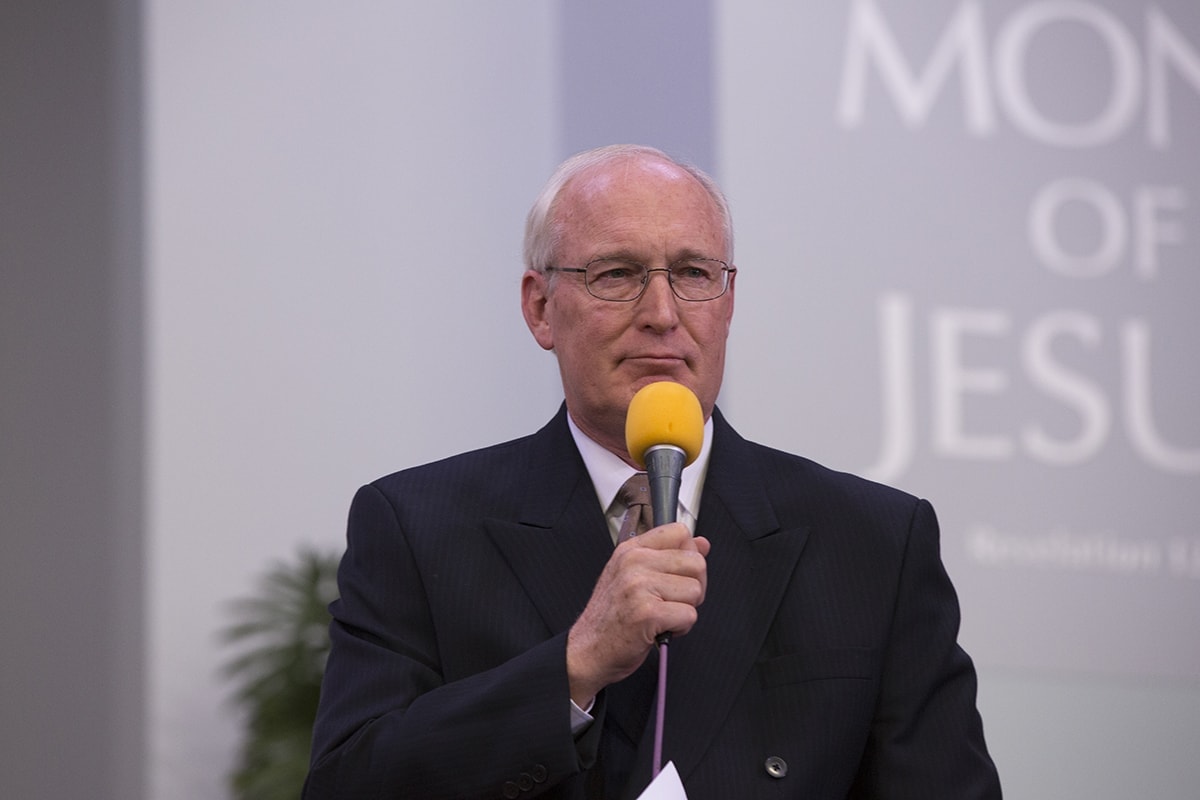 Lynn Gray, an African-American physician, Andrews University trustee, and former student; and Harvey Burnett, an African American Andrews professor and chair of the Behavioral Science Department, shared some history and reflections about race matters at Andrews. Gray recalled that as a freshman, he was assigned a White roommate who hardly spoke a word to him, and changed rooms within three weeks. Burnett said that at various times, some had noted disparities between scholarships awarded to Black students and White students. University president Andrea Luxton presented a formal apology for things that had been wrongly handled in the past.

If attendees expected the focus to be exclusively on racial problems within the church, they soon learned from the stories that a larger purpose was also intended. The panelists turned to the African-American experience in broader American society, with a strong focus on racially-motivated abuses in the law-enforcement system,—particularly evidenced in traffic stops, and related fear and stress. Personal stories were presented by Cliff Jones, president of the Lake Region Conference; William T. Lee, a pastor in Indianapolis; and Alex Bryant, secretary of the North American Division, via video. Livesay invited those in the audience who had similar stories in their families to stand. Dozens, perhaps scores, in the audience instantly rose in dignified silence.

Black panelists readily affirmed the Lake Union’s 2015 camp meeting apology. Pastor Lee said “The problem is not skin, the problem is sin,” and it was now time for the entire church, not just the Lake Union, to apologize. Taurus Montgomery, a pastor in Benton Harbor in the Michigan Conference, asserted more specifically that it was “White male leadership” that must apologize.

Hyveth Williams, professor of homiletics at the Seventh-day Adventist Seminary at Andrews, noted that many of the stories about racially-motivated traffic arrests brought another issue to her mind. Playing off the word “arrest,” she noted that as a Black woman, she did not have the same fear of arrest as an African American man. But she declared that the development and contributions of thousands of Adventist women to the mission of the church had been equally “arrested” by intractable male leadership.

Nick Miller, a professor of church history at the Seminary, and public affairs/religious liberty director for the Lake Union, called for all members, Black and White to honestly seek not merely “coexistence but communion.”

As the meeting closed, Carmelo Mercado, Lake Union vice president for multicultural ministries, used three Spanish expressions as a template for how racial groups should relate to each other and call for mutual understanding: Mirenos (Look at us), Escuchanos (Listen to us), Abrazanos (Embrace us).