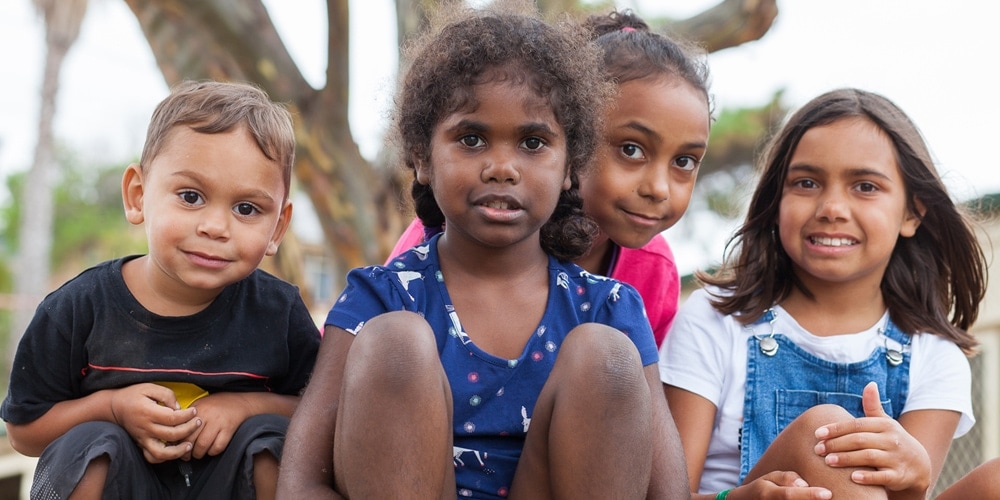 From Geraldton, Western Australia to Kuranda, Queensland, from Finke and Tennant Creek, North Australia to Port Augusta, South Australia, from Hammond Island in the Torres Strait to Tasmania, and many places in between, they flew, caught buses, or drove great distances to gather in the coastal town of Victor Harbor. One woman even claimed to have flown in from Sri Lanka.

Camped at the Adare Camp and Caravan Park, set about 500 meters (550 yards) from the ocean, the multipurpose venue provided sea breezes and picturesque walks to nearby Granite Island and the township of Victor Harbor.

With a heat wave blasting much of Australia at that time, the cooler temperatures were appreciated by the camp attendees. Some had traveled from areas experiencing 122°F (50°C) heat, while some desert residents had never been to the ocean before.

Each of the evening programs featured a slide show of historical photos, showcasing the different regions where ATSIM has been working over the past 40 years. Connie Toga, who ministers in Mildura, Victoria, shared ATSIM history in workshops and presentations throughout the weekend. A large cake was also provided to celebrate ATSIM's 40th birthday.

While some of the focus was on the past, the camp also provided encouraging signs for the future. “A lot of people at this camp are new faces,” said ATSIM national director Darren Garlett. “Often, most are from Kempsey, Cairns, and Western Australia, but this year we’ve got a large group from the desert [Central Australia].

“Those who have attended our camps for years have commented that there are so many new faces. It shows the work of ATSIM is growing right across the country and reaching out to people, and they’re responding, and camp is such a big part of that.”

Church leaders also showed their support of ATSIM at the camp. Jorge Munoz, president of the Seventh-day Adventist Church in Australia, featured as the adult speaker; and South Australian Conference president David Butcher opened the camp on Wednesday night, attended on Friday night, and delivered the final message on Sunday.

“ATSIM for us is an incredibly important ministry,” Munoz said. “Every time we go to Mamarapha [College] graduation, we see the impact of ATSIM in this country. People go there not knowing anything about Christ. [They] spend a term, a year, a couple of years there, and the changes are noticeable. [They] go back to their communities and begin to transform their communities.”

An example of this change is the remote community of Finke, North Australia. A few years ago the community had no Seventh-day Adventists. Now one-fifth of the community attends church, and a number were in attendance at the camp.

“We are looking to transform many communities through the work of ATSIM,” Munoz continued. “It is not us, of course, not Mamarapha. It is the Holy Spirit working through the lives of those who come to Mamarapha and are part of ATSIM that will cause changes to happen.”

That the Holy Spirit is working across these Indigenous communities is evident, leaders said. Testimonies featured heavily throughout the weekend as those who have seen their lives changed were given many opportunities to stand up and share how it had happened. Testimonies of healing from serious illnesses, freedom from addictions, and faithfulness were shared. A number of stories involved dreams, with one woman from the Torres Strait describing how she had dreamed of a man who came into her shop. A few weeks later, she saw the man, who posted a flyer for a Revelation seminar. He was the pastor who would be running the program. After attending, she became an Adventist.

The fact that some of the programs were loosely ordered only added to the family atmosphere. One night, running out of time, Western Australia ATSIM director John Beck asked which parts of the program should be cut back. The cry was unanimous: don’t cut the testimonies. In the end, Munoz trimmed his message and asked attendees to share what God had been doing in their lives.

“Having testimonies at our camps is a very special part of it,” Garlett said. “Real stories that people can relate to, it highlights their journey, and, for our visitors, they can see that here are people just like them who are searching for something, they’ve found Jesus and turned their lives around. The same can happen to them. If only they want to put their hands in Jesus’ hand.”

ATSIM national camp wasn’t only for adults. A range of children’s divisions was run, from Tiny Tots to youth, with their own speakers and activities. The Primary division, led by Alice Springs pastor David Gilmore, had a mini tabernacle set up as they learned about Jesus through the stations of the sanctuary. The youth traveled to Ankara, South Australia's youth camp on the Murray River, on Sunday for a day of water skiing.

Children’s entertainer Dan Warlow sang songs, told stories with his puppet, Jed, and played on his guitar, keeping the children enthralled in a one-hour performance.

Then, after closing Sabbath together, humor, singing, and laughter rang across the campground on Saturday night as a concert showcased acts from around the country. Most groups sang gospel songs, some in their local language, while audience members smiled and nodded. People gathered around the outdoor market stalls and picked through handwoven baskets and jewelry. There were also hand-painted bowls and boomerangs for sale, with some of the proceeds donated to support reopening Karalundi, a remote boarding school in Western Australia run by Adventists.

“It has been a refreshing time, a spiritual time,” Munoz said. “We’ve been able to focus and refocus on the work of ATSIM. We’ve tried to make the messages very practical this week and help the members of ATSIM from around the country to go back and put something into action.”

Garlett agreed. “The national ATSIM camp has been a success,” he said. “We’ve had people come from all over Australia for worship, for fellowship, and they‘ve had a great time—young and old, they’ve all enjoyed it, had lots of fun together, and most of all they’ve been drawn closer to Jesus.”

The ATSIM national camp is held every three years.

The original version of this story was posted in the Adventist Record news site. 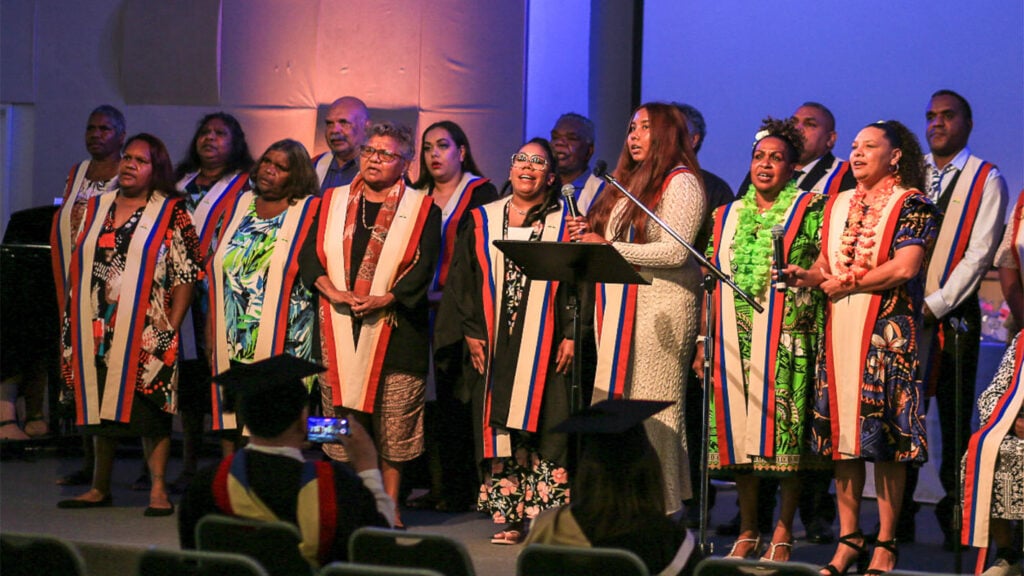