In Ukraine, Young Adventists Stun Peers With Acts of Kindness 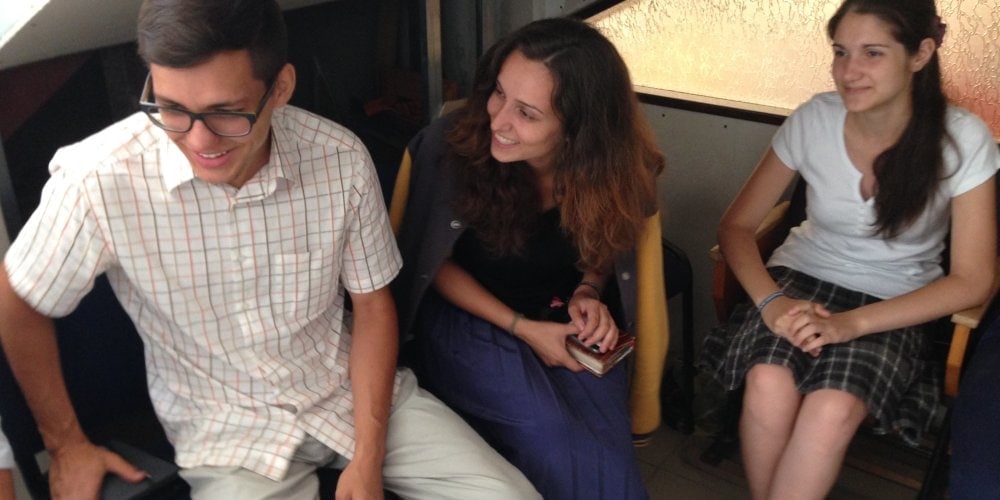 A young man curiously approached the group of young people watching a film in a public park in the south Ukrainian city of Mykolaiv last week.

“How much does it cost to watch?” he asked the group’s Seventh-day Adventist leader, Nazary Prodanyuk.

“How is that possible?” the young man said. “Let me at least buy you a bottle of beer.”

Prodanyuk and his team of 11 young people have received offers of ice cream, beverages, and more from strangers who can’t believe that it costs nothing to join their activities in Ukrainian parks, on riverbanks, and in churches. At another film viewing, a young woman threw a banknote to the ground when organizers refused to accept it, saying, “I can’t just watch for free.”

“People are in shock. They are not used to seeing kindness with no strings attached,” Prodanyuk, a university student with a bushy red beard, told the Adventist Review.

But Prodanyuk and his team usually find a way to assure guests that they owe nothing. In the case of the young woman who threw down the banknote, Prodanyuk told her that the film viewing and subsequent discussion were organized by a Christian youth group called Strong Generation.

“I explained a little bit about the youth group and God,” Prodanyuk said. “She took my hand, shook it, and said, ‘Thank you. The world has forgotten the meaning of kindness.’”

Young people affiliated with Strong Generation are making ripples across Ukraine with their acts of kindness — which also point people to Christ. Inspired by a similar initiative in Brazil, Strong Generation (Сильне Покоління) was established in 2014 with an initial group of 140 young adults. Today the group has swelled to 600 members based in 30 cities across Ukraine. The young people travel from town to town and church to church, leading worship services and organizing community events, including health seminars and charity concerts for the ill and orphans.

The young adults will be at the forefront when the Adventist world church holds major evangelistic meetings in Ukraine, Romania, Moldova, and neighboring countries in February 2017, church leaders said. They will organize events where they can invite people to attend the meetings at scores of locations across Ukraine.

But the main goal of Strong Generation is to encourage young people to actively share Jesus’ love in their communities and to prepare a new generation of faithful Adventists, church leaders said.

The results have been promising in southern Ukraine, where the Adventist Church only has about 500 young people aged 16 to 33 among its 4,600 church members, said Simon Bykov, youth ministries director of the church’s Southern Ukrainian Conference.

“In Soviet times people thought that churches were dark, strange places, and many people still think this way,” Bykov said in an interview in his office at the conference’s headquarters in Mykolaiv, a city of nearly half a million people and a main ship-building center for the Black Sea. “But because of this project, people are seeing that religion has interesting ideas and is useful in life.”

Bykov told of four young men who are active members of a Strong Generation team in the city of Kherson, located an hour’s drive south of Mykolaiv. Last summer, the four men happened upon an Adventist youth event on a city riverbank and, liking the activity, begged to become involved.

“They told us, ‘We want to work with you and become members of your team,’” Bykov said. “A year later, they are very active in the church and taking Bible studies with the pastor.”

In the nearby town of Hola Prystan, a young couple returned to the Adventist Church after participating in a Strong Generation event.

The husband told Bykov: “We thought that church was only about praying and reading the Bible. But it turns out that church is also about young people and helping others.”

“Our team is fantastic,” said Violetta Bespekhna, 20, who first attended a Strong Generation event as a guest last year. She has since been baptized and is now a team member for the team based at Mykolaiv Seventh-day Adventist Church No. 3. “It’s wonderful for Adventist young people to be able to help one another and others.”

But not everything has gone smoothly for Bespekhna. During a program for neighborhood children at Mykolaiv church No. 3 earlier this year, someone took her laptop when she left it in a room for a five-minute meal break.

Bespekhna said the theft saddened her but she was determined to continue to share Jesus.

“I think I should still assist in any way I can,” she said.

Halfway around the world from Ukraine, young Seventh-day Adventists are finding practical ways to share Jesus in Brazil.

The project aims to strengthen the relationship of the Adventist young people among themselves and to build their missionary experience by encouraging them to invite non-Adventist and non-Christian friends to know more about Christ through group activities, said Elmar Borges, youth ministries director of the Adventist Church in southern Brazil.

Generation 148, which targets young people aged 15 to 25, started in the south Brazilian states of Rio Grande do Sul, Santa Catarina, and Paraná but has since expanded to other regions of the South American country. The young people visit orphanages and nursing homes, renovate homes and town squares, and feed the homeless.

Brazilian church leaders don’t have precise figures for how many young people are currently involved in the project. But the number is significant, considering that more than half of all Adventists in South America are under the age of 34, they said.

Borges said the principles of Generation 148 could be adopted by young Adventists in any country.

“Even if we are thousands of kilometers from one another, we feel that young people’s needs are similar in all parts of the world,” he said. “So projects like Generation 148 are applicable to all cultures. A young person needs to feel challenged to Adventist mission. A young person needs to strengthen friendships and interaction with the church. These projects meet those needs.” 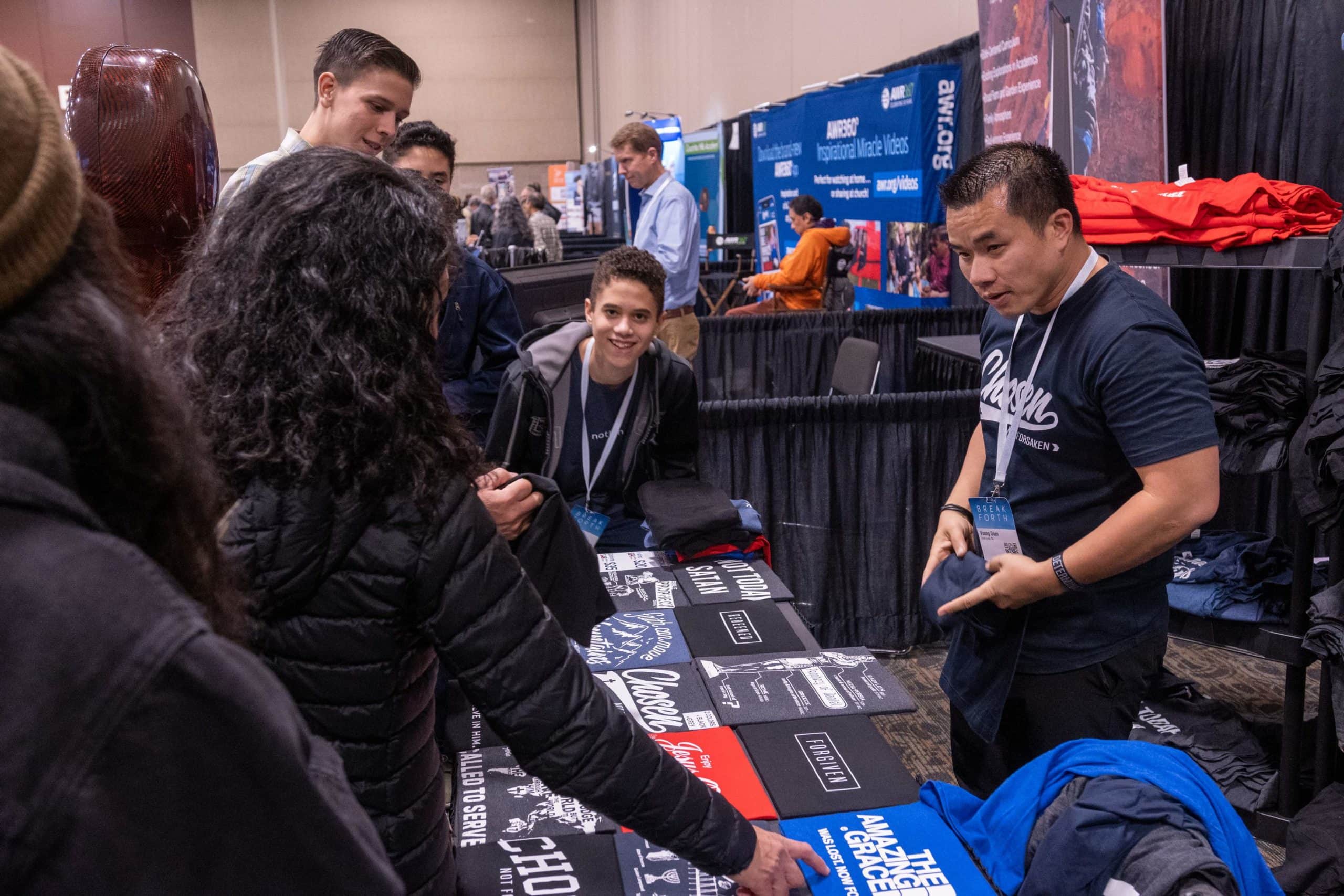