In the Bahamas, Adventist Church Accounting for Members After Hurricane 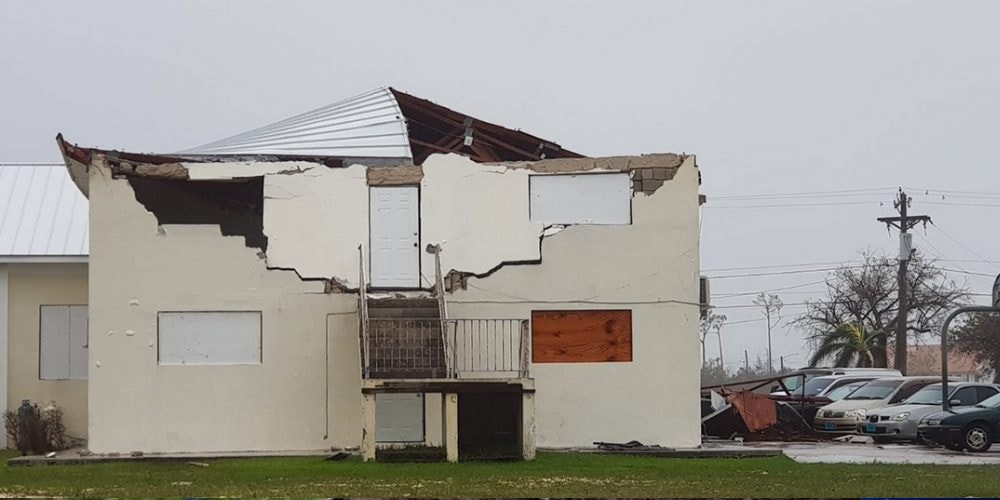 Seventh-day Adventist leaders in Nassau, the Bahamas, were still waiting to know the fate of hundreds of members affected by the devastating Hurricane Dorian on the hardest-hit islands of Abaco, Grand Bahama, Bimini, and the Berry Islands, after the hurricane moved to the north.

The Category 5 hurricane pounded the northern Bahamas for more than 40 hours starting on September 1, packing winds of more than 185 miles per hour (300 kilometers per hour), flooding the islands, stranding residents, and killing at least 23 people.

“This is something for the record books,” said Peter Kerr, president of the Adventist Church in the Atlantic Caribbean Union during a phone interview on September 4 from the union’s headquarters in Nassau. ”We have never seen anything close to this.” Kerr oversees the work of the church in the Bahamas, Cayman Islands, and Turks and Caicos.

“Hurricanes have come and made their path and moved quickly out of the way, but this one had trapped us for more than 40 hours, sitting on Grand Bahama for over 30 hours,” Kerr said.

Church leaders are trying to account for their members, but communication is difficult, especially in the Abaco Islands, north of Nassau, where five churches and a membership of more than 900 are located. ”We know there are three churches, one in the north and two large churches in the center of Abaco, which is in Marsh Harbour,” Kerr said, “and those are completely cut off from the south of the island, where two more churches are.”

Kerr said leaders had made contact with a church member in south Abaco, who has been assisting with relief efforts. However, rising waters have made it impossible to get to other affected areas to the north of the island, he explained. “One church elder on the island, who is president of our union’s Adventist-laymen’s Services and Industries chapter, owns a school, and another member operates another school on the island.”

On Grand Bahama, the stories have been painful to hear, Kerr said. “Makes me want to cry. The number of people who have been trapped on their roofs for so many hours and only to be rescued after the storm left … is just so sad.” As of September 4, church leaders were still waiting to receive assessment reports from that area.

Only on September 4 Kerr was able to hear from the union’s Adventist Development and Relief Agency (ADRA) director, Rodger Moncur, who lives in Freeport, Grand Bahama. “He is doing an assessment of the territory as much as he can right now,” Kerr said.

“The North Bahamas Conference is headquartered in Freeport, and we know that the office is completely flooded, as well as our Grand Bahama Academy, a K-12 Adventist school with over 200 students,” Kerr said. The church next to the school was being used as a shelter and is flooded as well, he added.

There are seven churches with more than 3,000 members on Grand Bahama, church leaders reported. Assessment of the status of church members and church buildings will only be available once an evaluation of the damage is possible.

ADRA International personnel are scheduled to arrive in Nassau on September 5 and will coordinate efforts in the church’s union office to bring first aid and relief supplies to victims of the hurricane.

The National Emergency Management Agency of the Bahamas has asked the Adventist Church to supply baby and children’s clothing, Kerr said. “We are undertaking this task and seeking the assistance that we can get to prepare the packages as much as we can. Our local churches are mobilized to support the efforts. I know churches are spending their own funds to procure supplies for relief efforts.

“One of the urgent needs is money,” Kerr said. “Our main goal is to supply drinking water, food, and provide shelter, clothing, and tents for those who have lost everything.” He said he is looking forward to touring those affected areas in the Bahamas as soon as possible.

The prime minister asked Bahamians to take in displaced families during this critical time, Kerr said. “We are creating a database of Adventist members who are able to make space in their homes to assist additional church members who have no place to stay.” Kerr has already signed up to bring a family into his home.

In the meantime, Kerr said, church leaders have met to discuss the logistics, challenges, and opportunities in the situation. “We plan to activate our soup kitchens and coordinate to send supplies over to the folks so soup kitchens can operate until they have supplies on the ground,” he said.

“We are looking to send toiletries, beds, sleeping cots and sleeping tents, mosquito repellents, nets, and generators for schools and churches to function.”

At the South Bahamas Conference office located in Nassau, church employees were gathering supplies and putting together care packages.

“We are confident our God, whom we serve, remains our refuge and strength. He is our present help in trouble. He is the rock on which we stand, and He remains our shelter in the time of storm,” Kerr said.

The encouragement pouring in from everywhere has been reassuring, he added.

“We are comforted by the fact that so many people have been praying for us, and have been calling and sending messages of comfort. Many of our Inter-American unions and the division have pledged their support in the restoration and rebuilding efforts,” Kerr said. “We are not alone. We are part of a big family and feel loved and supported at this time.”