Local church reaches out to community mothers with budget help and spiritual advice. 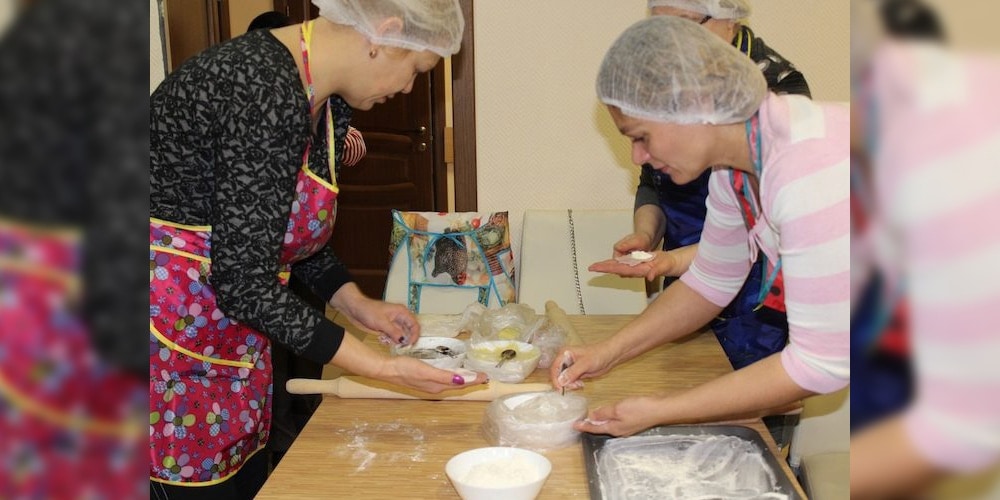 In Nizhny Novgorod, Russia, about seven hours east of Moscow, volunteers of the local Seventh-day Adventist congregation recently organized a holiday for mothers in large families and for their children. The celebration included a master class on making dumplings.

Mothers with many children from the Association of Large Families of the Leninsky District of Nizhny Novgorod were invited to the event. Local church leaders said it is not the first time the congregation has held a holiday event for mothers and children. This time, the initiative included communication, support, and training for homemakers to help them save and manage their family budget.

Adventist volunteers behind the initiative thought learning to make dumplings was a good option, as it is a hearty and inexpensive dish that can feed the whole family.

“We cooked dumplings with different fillings,” organizers said. “We included mushrooms, cabbage, lentils, and potatoes. Volunteers taught housemakers how to make the dough and prepare the fillings. Then they worked together on making them.”

As the mothers worked on dumpling making, their children were treated to a special program. Another group of Adventist volunteers organized games for them, and the children also participated in making cookies and cards for their mothers.

While the dumplings were cooking, mothers were invited to the second part of the program. Local church pastor Sergey Patsukevich and his wife, Elena, performed several songs for the guests. Then Patsukevich held a short lesson in which he taught mothers how to pray for their children. “A mother’s prayer is very powerful,” Patsukevich told them. “God cares for those who bring up young, fragile souls.” At the end of the class, mothers were invited to put what they learned into practice as they prayed for their children. Finally, participants enjoyed eating the dumplings together.

Forty-three people attended the event, organizers said. One of them, Olga Kozulya, explained, “There are about 2,000 families in the Association of Large Families of the Leninsky District. We cannot invite everyone at once, but we are ready to hold special events for some of them. We received many positive comments and expressions of thanks.”