In Indonesia, ADRA Ignites Campaign to Protect the Elderly

Initiative is making a difference among the most vulnerable during the pandemic. 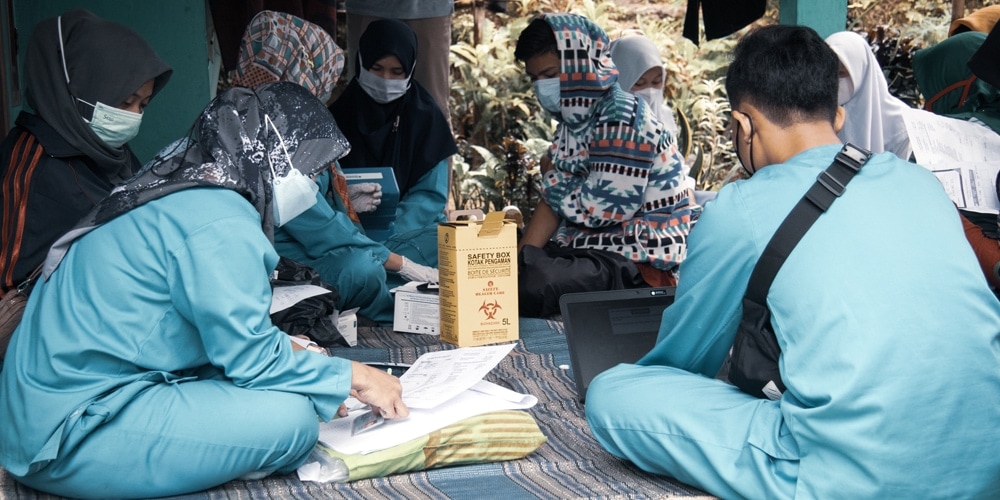 The Adventist Development and Relief Agency (ADRA) in Indonesia has made the elderly top priority for being inoculated against COVID-19.

“When the vaccine was first made available in January [2021], health and public workers were Indonesia’s chief concern,” Clinton Rappel, ADRA’s country director in Indonesia, said.

Local reports indicated that 50 percent of those dying from COVID-19 were above 60 years of age, particularly those with comorbidities, such as cardiovascular disease, chronic obstructive pulmonary disease, and chronic kidney disease.

“We realized that it was crucial to enable the elderly to get vaccinated. Unfortunately, Indonesia has faced two major stumbling blocks for its vaccination target. There is a low level of public vaccine acceptance and the availability of the vaccine,” Rappel said.

ADRA united with local Adventist church leaders and volunteers in administering surveys and delivering printed material from door to door. The team found that most of the elderly had little access to information on the virus.

“This group rarely has a cell phone,” Rappel said. “They know there is a virus spread but no idea how the virus is transmitted or how they should protect themselves from being infected. The report also revealed that those living in extreme poverty are often afraid to come to health facilities because they fear encountering the virus at the health facility.”

Rappel added that very few older adults have enough money or a helper to assist them with transportation.

“Some are living with their children, who go to work during the day. Many of that generation also prefer to use traditional medicine or purchase generic drugs in nearby kiosks,” he said.

ADRA decided to try a different approach and designed a website and online platform, which has become one of the top referral websites in Indonesia related to elderly vaccination. Videos were created to provide information about the virus and testimonies of people who received the vaccine. ADRA also trained volunteers and organized teams to simplify the process of getting the elderly to the vaccination sites.

“The goal for this year is to enable 6,000 senior citizens to get the first and second doses,” Rappel said.

The project has directly contributed to government efforts to speed up the vaccinations to reduce mortality rates because of the pandemic, Rappel said.