In Euro-Asia, Christmas Means Outreach in December — and January as Well

Adventists employ December 25 and the Orthodox Christmas on January 7 to share Jesus. 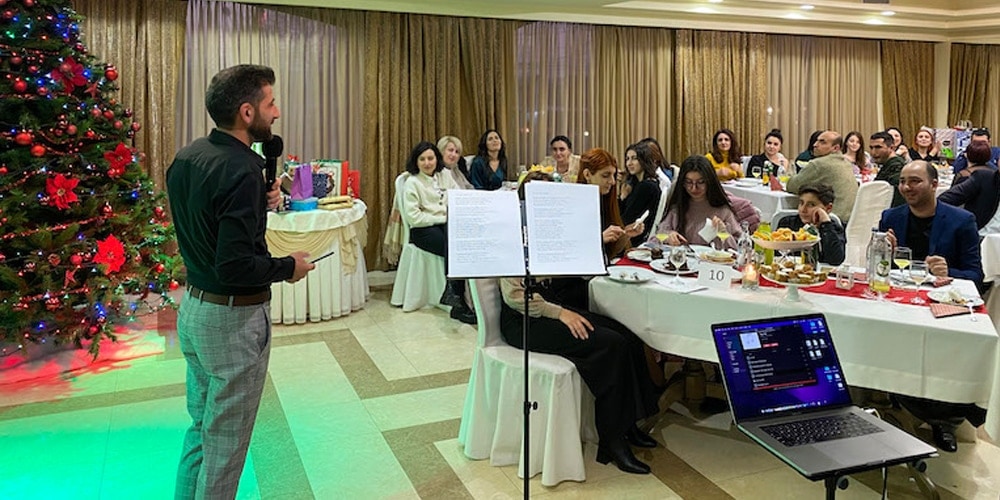 A new series of reports by the Euro-Asian Division of the Seventh-day Adventist Church highlights how Adventist congregations across the region made the most of the Christmas season to remember the birth of Christ, connect with neighbors and friends, and bring people’s attention to God’s Word and the meaning of the celebration.

Special events across the territory included celebrations around the traditional December 25 date and also in the first half of January 2022, as the Russian Orthodox Church traditionally celebrates Christmas on January 7.

Adventist leaders said they appreciated their members and volunteers for the effort, which allowed members across different regions and countries to highlight the season’s meaning by sharing Jesus into the new year from Georgia to Armenia and in various regions across the Russian Federation.

With the assistance of the vegan food café Dr. Veggie, the Adventist TV network Hope Media Armenia organized a Christmas event in late December in Yerevan. Young people and adults were invited to the meeting. Scores of guests were treated to delicious, healthy vegetarian food from Dr. Veggie. The organizer and presenter was the head of Hope Media Zaven Gabrielyan, who is also Dr. Veggie. He was assisted by composer Edgar Ganjumyan and media center employee Khachik Hakobyan.

“Participants enjoyed the music performed by composer and songwriter Edgar Ganjumyan,” organizers said. “Also, each guest was invited to donate an amount for Christmas gifts for families in need.” With the amount raised, organizers assisted four single mothers and their children.

In the Adventist Christian school of Abakan, Khakassia, Russia, the second quarter of the school came to an end before the end of the year. As a gift for all students and teachers in that city, the school organized a Christmas play titled “The Rejected Tsar.” It was prepared with the support of Art Institute teacher Vozhdaeva Nina Alexandrovna.

The play shared the story of a tsar disguised in peasant clothes to visit the citizens of his realm. As he visited his kingdom, he enjoyed the fun that reigned everywhere, but it began to get cold in the evening, and the tsar decided to look for a place to sleep. For some reason, however, the same people who gave him smiles during the day refused to shelter him. Only at the last house, where the large family of the pious widow Anna lived, the tsar was received with joy. He was fed, warmed, and invited to read the Bible. In this family, they honored God and waited for the Christmas miracle.

From that story, the audience was transported to Palestine at the time of the birth of Jesus.

Actors from grades 1 to 10 tried to convey the atmosphere of this biblical story, playing the roles of angels, shepherds, wise men, residents of Bethlehem, and Joseph and Mary.

“For many, this touching story was familiar, but a few listened to the story of Christmas for the first time,” organizers said. “At the end, everyone was reminded about God’s greatest gift, our Savior Jesus Christ!”

In the city of Aksai, Adventist members organized a Christmas concert for guests. The stage decoration included a fireplace, gifts, hot tea, and a treat. The program included solo and choir performances and even an orchestra. A play on the nativity of Christ also helped the audience connect to the season’s meaning, organizers said.

“More than 2,000 years have passed since then, and the world still remembers this incredible miracle,” they explained. “It is an opportunity to remind others that this holiday is not just an occasion to have a good time, but also to discover the true essence of Christmas!”

In Astrakhan, in southern Russia, not far from the Caspian Sea, Adventists organized a special Christmas program for the city residents. The program began with a visit of a mysterious guest. Hearing the sonorous singing of the children, the good shepherd decided to pay them a visit. As it turned out, the “shepherd” told them he was a direct descendant of one of the shepherds who witnessed the choir of angels the night Jesus was born.

Before the end of the first part of the program, local pastor Igor Kirichenko also spoke about the meaning of the festivity. In a second part, children and adults learned how to make angels, snowmen, snowflakes, holiday cards, and hearts on canes. Every participant left with a simple gift to remember the occasion.

In Tbilisi, in the Republic of Georgia, members of the Isani Seventh-day Adventist Church organized a program with children currently attending weekly classes of an Adventist Mission initiative in the country. The special celebration took place on January 9.

According to organizers, around 70 children attended the program with their relatives and friends. “They praised Jesus with singing and verses,” organizers said. “Girls in costumes of angels with snow-white wings and boys as wise men from the East provided color and attracted those who attended. Older children played Joseph and Mary, the Magi, and King Herod.”

Local church pastor and organizer Dmitry Khudoev explained the true essence of the festivity, according to the Bible. “If Jesus was born to us only historically, then we are spiritually dead,” he said. “According to the fair statement of the Russian thinker Merab Mamardashvili, ‘Jesus Christ could have been born as many times as He wanted, but if one day He is not born into you, you are dead.’”

Khudoev concluded, “May we die daily to sin and give a place in our hearts for the birth of Jesus, our Savior.”

Illon Permyakova, Dmitry Biletsky, Sirota Irina, Daniil Kara, Ekaterina Bochkareva, and Elena Karpenko contributed to this report, which is based on several stories posted by the Euro-Asia Division. 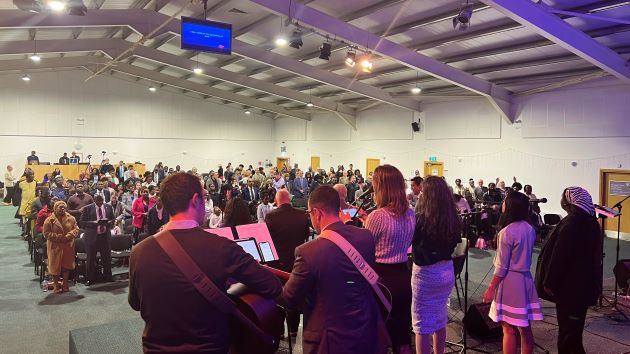