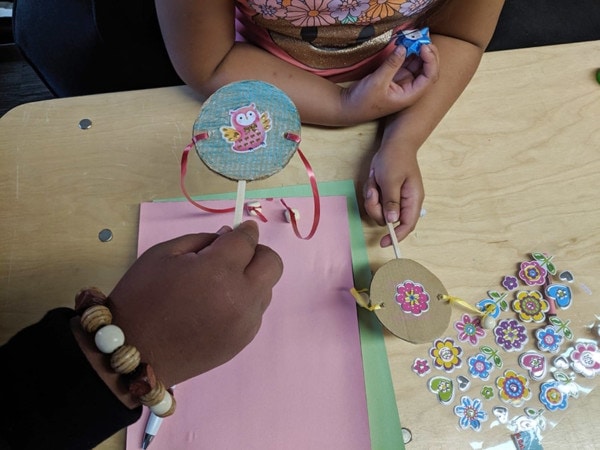 During the first week of June 2019, forest fires in Northern Ontario, Canada, prompted residents of the Pikangikum First Nation to be evacuated from their homes and transported to shelters in Sioux Lookout and Thunder Bay. With support from the Ontario Conference of the Seventh-day Adventist Church, the Adventist Development and Relief Agency (ADRA) in Canada responded to help serve the needs of people who had to flee their homes with very little.

Responders reported that a team of volunteers, including two nurses, flew into Thunder Bay from Toronto and then drove the four hours to Sioux Lookout. They were assigned to a center where they could receive evacuees and do their best to provide care and the necessities of life. About half of the displaced were children.

Providing services ranging from transportation assistance to counseling and child and youth activities, ADRA volunteers worked around the clock to ensure that the evacuees’ needs were met in a kind and respectful way, leaders said.

After three days in Sioux Lookout, the team was asked to spend some time in another shelter that ADRA was supporting in Thunder Bay before returning to Toronto.

At the end of those five days of volunteer service in “the North,” several team members left their anonymous comments in writing.

“The trip was truly a rewarding experience. I would do it again,” one person wrote. “It was truly an experience of people helping people. Every volunteer that I met wanted to be there. The people who were serviced appreciated our help.”

“I wish I could have stayed longer,” another volunteer wrote. “I like helping people, and I was able to see a great need. I would be willing to go back to help at any time.”

One volunteer shared that the evacuees were exhausted from traveling. “Therefore, making each person feel welcome and loved was a priority.”

One of the team members said that their stint reminded him that disaster preparedness is something that must be encouraged in local churches as well.

“It would be good if more churches were instructed on how to prepare to meet emergencies, because we never know when we might be called upon to help—even in our local towns.”

Two of the volunteers serving in Thunder Bay shared how they were touched by the children they worked with.

“At first they were very shy,” they recalled. ”But after spending a few days working with them, playing with them, doing crafts with them, they began to warm up. They started to talk to us, smile at us, wanting to take their picture with us. They said, ’I want a photo with you because I don’t want to forget you!’ What a wonderful way to show God’s love, to help people at a time when they are in need!”

The original version of this story appeared in the ADRA Canada monthly newsletter.