In Brazil, Adventist Volunteers Are Feeding Thousands of Homeless 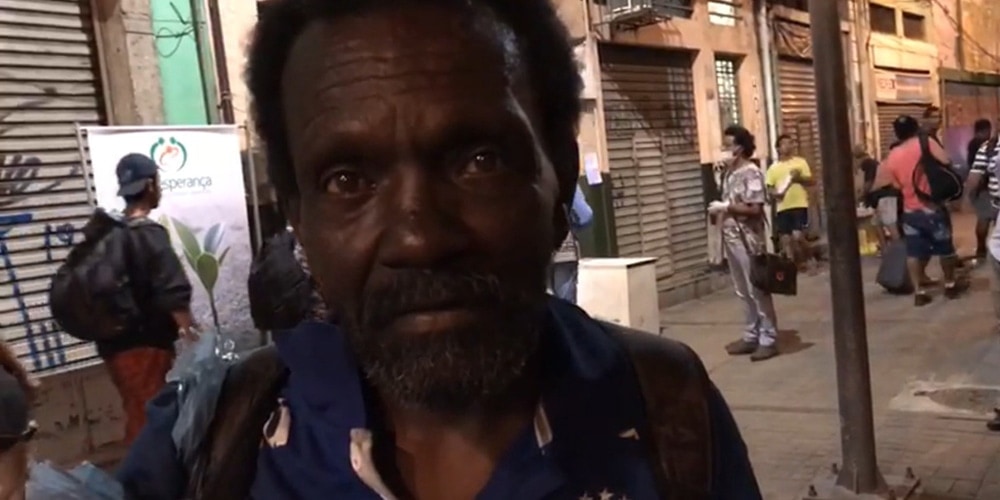 For a group of Seventh-day Adventist volunteers serving on the streets of Rio de Janeiro, Brazil, assisting the underprivileged is not new. For more than two years, they have taken part in the Adventist-sponsored CASA Esperança project. The initiative provides lunch, snacks, and psychological and spiritual care to the area’s homeless.

In recent days, as local businesses were forced to close temporarily because of the COVID-19 pandemic, the needs have increased. Team volunteers have now received reinforcements of health professionals from the Federal University of Rio de Janeiro (UFRJ), the local Public Defender’s Office, and other professionals. Together, the team has managed to serve 700 people in a single day. In the third week of March, 2020, they catered to the various needs of almost 2,000 people.

The initiative seeks to serve soup daily at 6:00 p.m. and lunch on Saturdays. According to organizers, all foods are prepared in compliance with government standards of hygiene and cleanliness. Volunteers wear gloves and masks as they serve those in need, and social distancing regulations are followed.

Food cooking and distribution are combined in a single place, which also accepts donations to fund the project. The team usually starts cooking at around 10:00 a.m., and they begin serving the meals by 2:00 p.m.

Many residents spend more than a day without eating, and this food initiative has been a relief for most of them. A man who said his name was Guaraci commented that the food he received has made a difference in his life.

“For me, this meal represents God’s love for each of us, which provides for us day by day,” he said. “Thank you very much!”

As many local businesses, including restaurants and bars, have temporarily closed, the usual available sources of food for the homeless are scarce.

“There is a domino effect taking over the city, the country, and the world,” emphasized João Custódio, Adventist Social Assistance director in the Rio de Janeiro Central Region. “And we’d rather roll up our sleeves than watch people starve to death. Is there anything sadder than seeing a mother with a child saying they haven’t eaten in days? We need to do all we can!”

For volunteer Carla Beatriz Nunes Maia, from the Center for the Defense of Human Rights in the Public Defender’s Office in Rio de Janeiro, this is the least that can be done.

“Such an initiative in moments like these is an oasis in the face of so much neglect. We can attest that people living on the streets are hungry,” she said. Without assistance and care, Nunes Maia emphasized, these residents may collapse emotionally, something that might lead to situations of social unrest.

“This project and a few others are making a big difference, and we hope the local government may also assist us to keep this initiative alive,” she said.