In Baltics, Adventists Learn How to Share Jesus Through Health 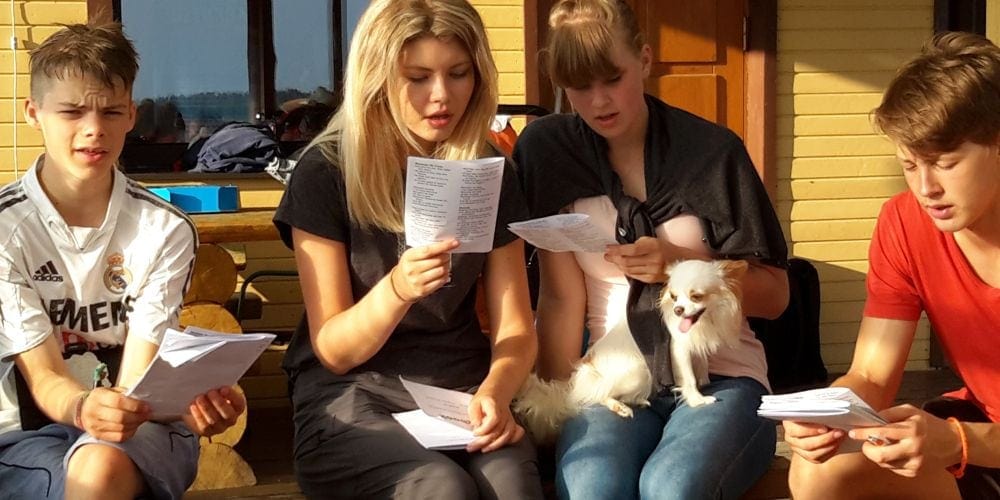 Rising at 6:30 a.m. each day, sitting through lectures and practical exercises, and then going to bed early might not be your idea of a vacation.

But for 20 people from the Seventh-day Adventist Church in the Baltics, plus a couple from Finland, this was their regime for four weeks of health evangelism training.

Sound tough? Maybe, but nobody complained.

The 22 people joined in music and singing in twice-a-day worships, prayed and supported one another, laughed and cried together, and learned both the theory and practical aspects of sharing a positive message of health.

“It motivated and inspired me,” one participant wrote on her evaluation form.

Another commented how much his own health had improved, while others committed to starting cooking classes, operate a health club, or running a health expo back home.

One summed it up by saying, “I want to focus more on people — to love them.”

With the help of Linda Horner from LIGHT, a lay member-led institute for global health training, church members from Latvia, Lithuania, and Estonia gathered in Rēzekne, a river valley in the east of the country, for the July and August event. Lectures were given by LIGHT trainers; local health professionals from the church’s Baltic Union; Fred Hardinge, deputy health director of the Adventist world church headquarters; and Torben Bergland, health director of the Trans-European Division, whose territory includes the Baltic states.

It wasn’t just students who learned. Two public lectures made an impression on the city of Rēzekne, population 32,000, as did two health expos where students put their new-found skills into practice with 133 local patients.

Health evangelism, identified by Adventist Church cofounder Ellen G. White as a priority, has gained new urgency in recent years, with church president Ted N.C. Wilson making “Comprehensive Health Ministry” a plank of his two terms in office. Church members have stepped up efforts to reach out to their communities, including with a series of pop-up medical clinics that have provided some $80 million in free services to thousands of people in several U.S. cities since 2014.

Health centers, meanwhile, have sprung up across Trans-European Division. The Cuisle Center, which opened last fall in Ireland’s capital, Dublin, offers the community a selection of healthy snacks as well as health screenings, massage, counseling, and simply a safe place to chat and relax. In Paisley, Scotland, a 109-year-old Sunday school building is being turned to an Adventist health ministry and outreach center with the aid of a government grant.

Back in Latvia, the end of the four-week training saw big smiles on many faces, both for the deep friendships made, the practical skills gained in massage, hydrotherapy, vegetarian cooking, and organizing health expos, and for the certificates they could take home with them.

For Külli from Estonia there was an added bonus. She wanted to go on a faith-building trip, but being a mother with a young child, this was not possible.

“Yet the time spent in the camp can be called a pilgrimage,” she said. “Away from the hustle and bustle of everyday life, this gave me more opportunities for prayer, reading and thinking about life. It helped me to see things that need changing in my life. It seems like my wish has come true. God knew what I needed.

She added: “Apart from personal growth, I also learned about nutrition, hydrotherapy, health mission, Bible prophesies and, of course, about different common diseases and their prevention.”

Külli now hopes to share those skills with others. She said she has embraced Hardinge’s advice that “we can do mission work only if we love people from our whole heart, and would like to be their friends and help them.”

That way Külli can introduce her greatest Friend to them, she said. News
Adventists Celebrate Estonia's Centennial With 'Gift' to the Country