In a First, Adventist Chaplains Appointed to Australian Defence Force 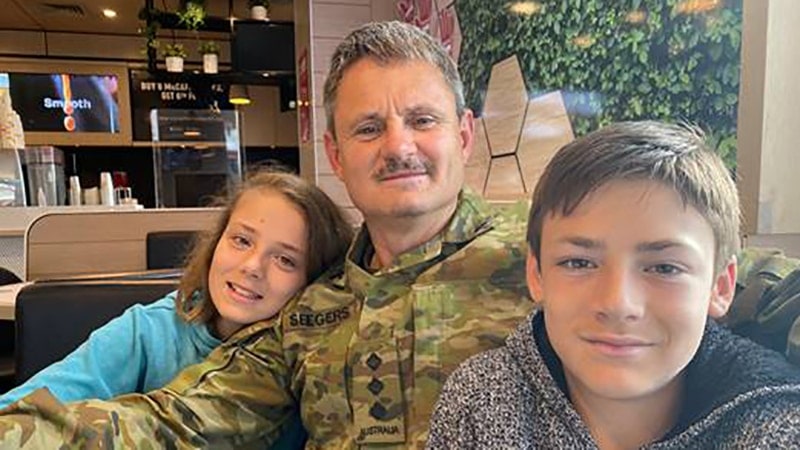 For the first time in its history, the Australian Defence Force (ADF) has appointed two Seventh-day Adventists as chaplains to provide pastoral support for members and their families.

After an extensive recruitment process, which took more than 12 months, Milijan Popvic was assigned as an Air Force chaplain and Gys Seegers as an Army Reserve chaplain earlier this year.

A Defence spokesperson stated that, on average, the ADF receives 70,000 applications each year for all available positions in the Navy, Army, and Air Force. In the current financial year, they are only looking to recruit 22 chaplains across the ADF. Applicants need to undergo the full ADF officer recruitment process, which includes several interviews, a medical exam, aptitude testing, psychological testing, and grueling physical training.

The first two years in a chaplaincy position are considered an induction period, as there are academic requirements to learn about the ADF and chaplaincy. Both Popvic and Seegers are undertaking professional development to enhance their skills and knowledge of leadership, teamwork, ethics, psychology, counseling, and other courses and training programs. All these skills will assist them in their new roles as they care for members of the ADF, and they will also be able to bring these skills to their local church ministry.

Popvic is currently posted at RAAF Base Amberley in Ipswich, Queensland, where he provides assistance for spiritual health and well-being, pastoral support, advocacy, and personal guidance to Air Force members and their families. He also provides advice to commanders on pastoral, religious, ethical, and cultural issues of members.

When asked what it meant to be the first Seventh-day Adventist chaplain in the ADF, Popvic reflected on watching the ADF’s response to the Queensland floods in 2011 and how they lifted the bar by providing help and support to those in need. This reignited his childhood desire to be part of the Defence Force culture, so when he was given an opportunity to apply to become an ADF chaplain, he readily accepted. He sees this as a “great privilege, honor, and responsibility.” Popvic said he understands that “this is not a job. This is a call, and it is a passion. A passion for connecting, support, and walking with people who serve our country and their families.”

Seegers is based at the Australian Army Cadet headquarters in Perth, Western Australia, where he provides chaplaincy support to full-time and reserve personnel. He is also the coordinating chaplain for the chaplains who support 33 cadet units throughout Western Australia.

Originally from South Africa, Seegers said that he and his family have come to love the people of Australia and that serving the men and women who serve the country is his small way of saying thank you. He said he also feels it is a blessing and privilege to enter into a new mission field on behalf of the Seventh-day Adventist Church. He explained, “I am humbled by this opportunity to help raise the banner for Christ’s kingdom within the ADF and the beautiful people who I’m getting to know — men and women of courage and respect who understand order and what it means to serve and sacrifice themselves for others.”

Michael Worker, general secretary of the Australian Union Conference of the Adventist Church and the church’s representative on the Associated Protestant Churches Chaplaincy Board (APCCB), said that “it’s important as the Seventh-day Adventist Church that we are involved in all facets of ministry. Being part of the Defence Force chaplaincy gives us a chance to interact with and provide a positive point of contact for many Australians who would never otherwise come into contact with Adventists. It gives our pastors opportunities to have spiritual conversations with our service personnel.”

Being a military chaplain is a strong ministry, and the Adventist world church has had a proud history of pastors serving as chaplains, Adventist leaders pointed out. “We are honored to have Pastor Popvic and Pastor Seegers as the first Seventh-day Adventist ADF chaplains in Australia, and we look forward to having many more in the future,” they said.