If You Want to Be Healthy, Don’t Forget Your GLVs 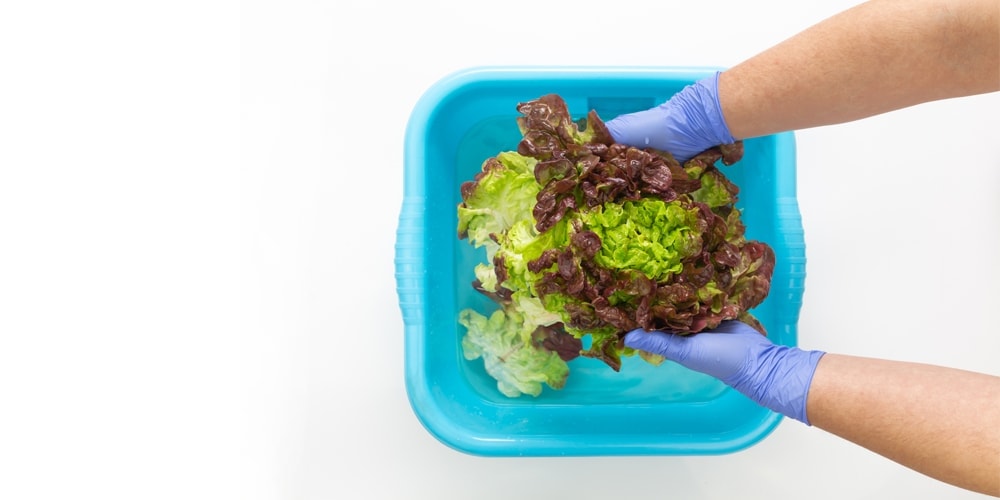 Today, abbreviated texting lingo abounds. I am admittedly slow with cultural change, but I do know how to interpret l8r, lol, omw, ttyl, smh, irl, and the like. OK, tbh idk what all those mean.

Even medical research papers abound with abbreviations, which I find even more challenging to keep up with. I found one that’s catchy, however: GLV. GLV stands for green leafy vegetable.

Though perhaps the most nutrient-dense food on the planet, GLVs are the least consumed food group in the United States. In fact, from age 1 to 30, the average American gets half a serving or less of GLVs daily. When we hit the age of 51, we begin eating one whole serving a day, which is still well below the recommended 2 to 2 ½ servings daily.1 More generally, boys aged 9-13 and girls aged 14-18 have the lowest intake in vegetables. Americans as a whole don’t meet recommended vegetable intake for any subgroups, except maybe for root vegetables, thanks to french fries.

A Nutritional Gold Mine

GLVs are a nutritional gold mine. They could change how you age. A large study of 960 participants age 58-99 found that eating just one serving of GLVs a day (half a cup cooked or one cup raw) was found to slow cognitive decline, “the equivalent of being 11 years younger in age.”2

A meta-analysis published in 2016 examined eight studies that included 540,000 participants, of which 26,173 had known cardiovascular disease (CVD). Researchers wanted to know if an increased intake of GLVs significantly reduced the incidence of CVD. The evidence suggests that it does. Researchers found that there were potentially several different ways that GLVs offered cardiovascular protection.3

One way that GLVs reduced CVD was by binding bile acid. Bile plays an important role in digestion by emulsifying, or breaking down, fat globules. Because bile is made from cholesterol, the excretion of bound bile has the potential of lowering cholesterol levels. However, the role of bile is much more involved and complex than merely its role in fat digestion. Bile acid acts as a signaling molecule. Bile acid receptors have been found on cardiovascular tissue, enabling bile to directly influence cardiovascular function. That means it can alter heart rate and modify blood vessel dilation, thus impacting circulation.4

Additionally, GLVs improve blood vessel elasticity and are a rich source of minerals such as magnesium, vital to optimal heart health and function. Low magnesium intake has been associated with hypertension and CVD, insulin resistance, and metabolic syndrome.5

GLVs contain compounds called thylakoids that are critical to the process of photosynthesis. Higher concentrations of thylakoids exist in darker leafy greens compared with lighter ones. Thylakoids contain powerful bioactive substances including vitamin E, vitamin K, pigments and antioxidants such as chlorophyll, carotenoids, zeaxanthin, and lutein.6

Cholecystokinin (CCK) is a hormone that causes the release of enzymes and bile from the gall bladder and is an appetite suppressant. When participants ate the meal supplemented with a placebo, researchers saw a natural elevated release of CCK about 30 minutes after eating. When the meal was supplemented with thylakoid, however, an additional CCK peak was experienced four hours after eating. It was observed that it suppressed appetite and decreased interest in fatty and sugary foods. The reduced appetite and increased appetite hormones were seen in either carbohydrate- or fat-rich meals when supplemented with thylakoid.7

Other research focused on the same topic has looked more extensively into the mechanisms and found that thylakoids remain in the stomach and intestines for several hours before being degraded. This extended time is thought to delay fat digestion and absorption and allow the digestive products to reach the distal intestine. There, it stimulates the release of satiety hormones such as CCK over a more extended period.

Another study found that thylakoid supplementation resulted in suppressed cravings, increased sense of feeling satisfied, and reduced appetite three hours after the meal.  Interestingly, researchers observed increased secretion of CCK at the same post-meal three-hour time point. Researchers saw an association between thylakoid and elevated CCK with a reduced urge to eat, thoughts of food and increased sense of satiety.8

While raw salads and green smoothies can be an excellent way of consuming GLVs, cooking is also valuable. Steam cooking improves the bile binding of collard greens, kale, mustard greens, broccoli, and cabbage. 9 Choose dark greens from among these just mentioned or others such as spinach, arugula, kale, bok choy, Swiss chard, beet greens, watercress, and Romaine.

The original version of this commentary was posted by the Light Bearers ministry.

5. Pollock, “The Effect of Green Leafy and Cruciferous Vegetable Intake.”

7. Albertsson and Albertsson, "The Use of Green Leaf Membranes.”

News
Could a Plant-Based Diet Help You Lose Weight? Magazine Article
Eating Well
We can eat all the right things for all the wrong reasons. Magazine Article
Learning More From the Adventist Health Study
Yes, the Adventist lifestyle is different. What difference does it make?