How One Region Is Preparing for San Antonio

Editor’s note: As Seventh-day Adventists worldwide get ready for GC session, we decided to share this commentary, published this week on the website of the British Union Conference, that details how some members outside the United States are viewing the July 2-11 event.

Situated just one block away from the San Antonio hotel that will be my home for 10 days in the heat of a Texas summer is one of the most important sites of Texas history — the Alamo.

Originally known as the Misión San Antonio de Valero, this former mission compound's claim to fame stems from an 1836 battle when a small group of Texan soldiers held out in a 13-day siege against the Mexican army.

By the end almost all the Texan soldiers were dead, along with almost a quarter of the Mexican forces. It is a sad and horrific tale that will no doubt be recounted many times as delegates and visitors attending the world convention of the Seventh-day Adventist Church take a little time to visit the small compound.

There is no expectation of a repeat of the Alamo during the 10-day General Conference session on July 2-11, despite some voices in Adventism claiming that a wrong decision on one particular issue, that of permission to ordain women pastors, could potentially split the church. Those voices are currently making themselves heard in publications and on social media. Those voices are loud.

Bill Knott, in a recent editorial in Adventist Review, endeavored to quiet the babble. He wrote:

“The voices predicting doom for the remnant have now grown into a chorus, even though the thought of singing together with anyone else about anything would certainly trouble most of them.

“It’s time for Adventists everywhere to reward those steady and unflappable ones among us who continue with their mission and persevere with their witness even while the world is falling apart. When true emergencies arise, please let me be surrounded by those with steady nerves and quiet voices instead of those who make a living magnifying what is already painfully apparent. I want to honor those among us who in moments of crisis move toward prayer instead of toward a microphone, and who understand intuitively that the good of the group requires a willingness to stifle any self-serving temptation to needlessly shout 'Fire!' in a crowded room.”

That focus is highlighted in the theme that will inspire the 2,566 delegates, the probable 80,000 visitors, and the many more who will follow proceedings online or via Hope Channel: “Arise! Shine! Jesus is Coming!”

For world church president Ted N.C. Wilson, that is the overriding purpose of the session and our existence as a church.

“Truly, the only hope for this world is Christ's soon coming, and the witness of His people to help others prepare for that great event,” he said. “Not only do we have the joy of worshiping together as a worldwide family; we have the opportunity to clearly focus on the mission of the church, and how best to accomplish that mission.” 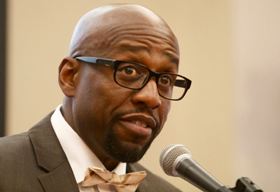 Ian Sweeney is going with his eyes open, fully aware that this GC session will be dealing with some contentious issues particularly in regard to the ordination of women, but perhaps also with a rewording of the Fundamental Belief on Creation.

“However,” he says, “more significant than the eventual outcome of these decisions is how we decide to individually treat one another with whom we disagree and see as in error. Being in possession of the truth requires spiritual responsibility in how we deal with those who choose not to recognize the truth.”

While talking about the kind of Christian character we ought to exhibit in our homes, Sweeney quotes church cofounder Ellen White and suggests that what she says should equally apply to our church life: “We are exhorted to add godliness, brotherly kindness. O how much we need to take this step, to add to this quality to our characters! In many of our homes there is a hard, combative spirit manifested. Critical words and unkind actions are offensive to God. Dictatorial commands and haughty, overbearing manners are not acceptable to heaven. The reason there are so many differences existing between brethren is that they have failed to add brotherly kindness. We should have that love for others that Christ has had for us. A man is estimated at his true value by the Lord of heaven. If he is unkind in his earthly home, he is unfit for the heavenly home. If he will have his own way, no matter whom it grieves, he would not be content in heaven, unless he could rule there. The love of Christ must control our hearts, and the peace of God will abide in our homes” (Review and Herald, Feb. 21, 1888). 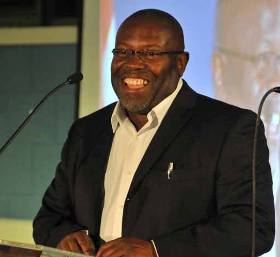 Irish Mission president David Neal has been watching recent debates and church politics very closely. As he prepares for the journey to San Antonio he asks, “Church or movement? I hope the session is a vivid reminder that we continue to be a movement, watching, waiting, hoping for Christ’s soon return. We have some significant matters to discuss, but pray that the Holy Spirit will hover over each delegate prompting, 'press together, press together, press together.’”

South England Conference president Sam Davis could not agree more. “I pray that whatever the outcome our church will remain united under God, that we will learn to live with difference and be able to hold opposing controversial views while at the same time living in harmony,” he says. “This is a tall order, but it can be done through the anointing of the Holy Spirit.”

South England Conference pastor Mary Barrett adds a prayer that “whatever decisions are made, God’s desire for us to be a disciple of Jesus and to share Him will keep us in unity with one another.”

While the GC session will deal with important business matters, elect leaders for the years ahead, and vote on reports, both delegates and visitors look forward to the devotional periods, the splendid diversity of quality music from around the world, and the evening reports that highlight how God is working in each of the church's 13 regions. The report from the Trans-European Division (of which the BUC is a part) will be presented on Thursday evening, July 9.The Croydon Gospel Choir will be among those representing British-based musical talent.

“My genuine expectation is to hear how the Holy Spirit has led, guided, protected and inspired the church, its people and leaders in the past and to feel convinced by the Holy Spirit that this will continue to the Second Coming,” says North England Conference lay member Philip Emm. “God has produced the right people at the right time, and I expect God to do no less now.”

While I will undoubtedly visit the Alamo, my inspiration for session comes from another place, the hymn “Thy Love, O God” (Seventh-day Adventist Hymnal 354):

To preach the gospel of her Lord above,

Until the day this warring world rejoices

To hear the mighty harmonies of love.”