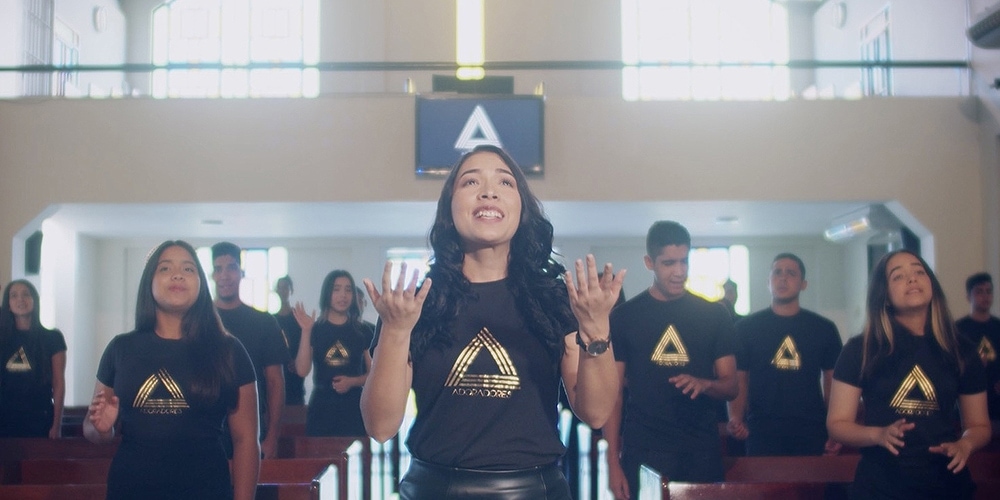 The plan is to establish more media centers, create more digital productions and more relevant programs, and tackle social media networks more, Abel Márquez, executive director of Hope Channel Inter-America, said. “We have many challenges facing us because of the pandemic; more and more people are interested in shorter, on-demand programs, and we must continue to focus on being accessible to more audiences with the message of hope.”

Using television media to inform, teach, and transform the lives of the more than 300 million people in the territory remains at the core of the mission of Hope Channel Inter-America, Márquez said.

Hope Channel Inter-America is part of the global network of the Adventist Church’s Hope Channel television channels on Satellite Eutelsat 113 West A.

“We are celebrating our five-year anniversary, and we are happy to see how far the Lord has blessed this venture,” Márquez said. "During these first five years, our affiliated media centers have produced series, films, shorts, spots, and so much more, while Hope Channel Inter-America coordinators in the unions have worked diligently to distribute the channel through cable companies in hundreds of cities and regions."

Hope Channel Inter-America’s Spanish channel started with a few programs produced in the Inter-American Division (IAD) church region and other divisions of the world church. Today, the channel runs 24 hours a day with 90-percent original content produced in the IAD office and its media centers throughout the territory, Márquez reported.

“It’s a dream come true to reach this far with 65 original productions airing in our channels, mostly in Spanish and in French,” Márquez said. That’s equivalent to one new program running every month for the past five years, he added. The offerings include programs for children, young people, the family, and adults, on topics ranging from educational subjects, worship, Bible study, health, cooking, art, and personal stories to missionary work and more.

The French channel runs 24 hours a day online and includes productions made in Guadeloupe, Martinique, and Haiti. The English channel continues to run the same programming as Hope Channel International, and it is transmitted via satellite, digital media players, cable companies, and online.

In addition, Hope Channel Inter-America launched a website in 2019 that features livestreaming, on-demand programming, and resources for the three channels.

According to Márquez, among the 18 media centers across the Inter-American Division (IAD) territory, 14 are actively producing segments for the channel. Project collaborations are also happening with production centers within IAD and the world church, he added.

“We want to work on getting all 24 unions on board, each one with a production center, and see each Adventist university in the territory set up with a media center also be part of growing unique programming,” Márquez said. So far, model university studios in Northern Caribbean University in Jamaica and Montemorelos University continue to contribute with significant programming.

Plans are underway to ensure that each division institution, like the theological seminary and publishing houses, can also be consistent program contributors. In addition, IAD will soon launch its Hope Bible School, or what used to be known as Bible Correspondence School.

“One of the greatest blessings from God is to have Hope Channel Inter-America reaching millions of people with the message of hope in the territory these past five years,” Elie Henry, IAD president, said. “God prepared the way to use this medium to connect with so many who need to know Jesus and His love, while also strengthening church members’ spiritual life as well.”