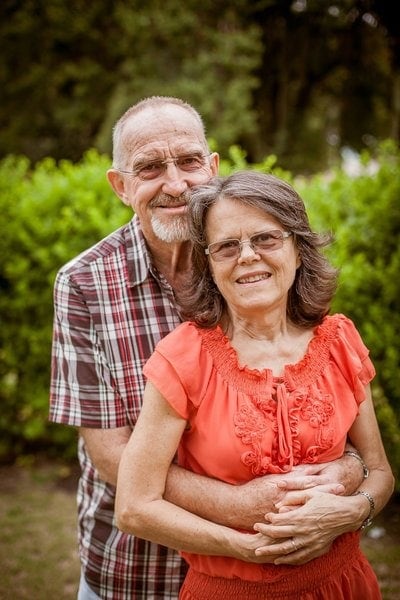 Heriberto C. Müller, an Argentine farmer’s son who spent a large portion of his adult life traveling without a permanent home as he worked for the Adventist Development and Relief Agency on four continents, has died at the age of 65.

Müller died after a three-year battle with brain cancer on Dec. 5 at the River Plate Adventist Hospital in Argentina, said Guillermo E. Biaggi, a close friend and the president of the Adventist Church’s Euro-Asia Division.

Biaggi, who spoke with Müller at the hospital hours before Müller slipped into unconsciousness for the last time, described him as a man of faith. He also said God’s grace was evident even after Müller was diagnosed in 2011 with an aggressive form of cancer that normally kills a person in three to six months.

“Thousands of friends and relatives prayed to the Lord for a miracle, and his family says that a miracle occurred because the Lord extended Elder Heriberto’s life by three years and his quality of life was good,” Biaggi said.

“Elder Müller was wounded in the contest of the great controversy, but he remained faithful to the Lord and trusted his life and future to Him,” he said.

Heriberto Clinton Müller was born in Viale, Entre Rios, Argentina, on Aug. 22, 1949. His father, Roberto Müller, was an Adventist farmer and a descendent of Russian-German immigrants from the fertile Volga farming region of southern Russia.

A 12-year-old Müller gave his heart to Jesus in December 1961 and began pursuing God’s will relentlessly, Biaggi said.

In a telling example, he said, Müller faced a dilemma at age 15 when his father managed to save up enough money to buy a dilapidated pickup for the farm. But before acquiring the truck, the father gave the teen the option of using the money to attend River Plate Adventist College (now River Plate Adventist University) if he promised to get high marks in his classes.

“Heriberto decided to accept the challenge and to study hard, and his Dad decided to invest in his future,” Biaggi said.

Müller worked part-time throughout those high school and college years, graduating in December 1972 with degrees in philosophy and pedagogy.

After a year teaching at a grade school, he married Mabel O. Vergan, a music teacher by training, and the two spent much of the next two decades engaged in teaching and educational leadership in South America.

Then in 1989, Müller accepted an invitation to work as the director of ADRA for the church's Austral Union, Argentina, Paraguay and Uruguay, a decision that would change the rest of his life. That job led to an offer to lead ADRA in Peru and Bolivia in 1994.

A Career With ADRA

Impressed by his leadership in Peru and Bolivia, ADRA International brought Müller to Washington for a two-year training in 1998 and then appointed him as Cambodia’s ADRA director, a post he held for one year.

Then the Euro-Asia Division asked him to oversee ADRA for its 12 former Soviet countries.

Müller took a brief break from ADRA in 2008 and 2009 when the Euro-Asia Division asked him to oversee the construction of a school in Tokmok, Kyrgyzstan.

“He served with all his strength and heart, striving to fulfill the goal, and the building was dedicated at the end of 2009,” Biaggi said. “The school has experienced great growth.”

But at the Adventist Church’s General Conference session in 2010, Müller was asked to return to the Euro-Asia Division to serve as its ADRA director. He held the position until September 2012, when he moved back to Argentina because of growing health challenges.

“He had a heart not only dedicated to Adventist education but also for ADRA, having compassion for the needy people of the world,” Biaggi said. “He worked for ADRA on four continents and brought happiness and relief to thousands of people.”

"I Have Fought the Good Fight"

Müller is survived by his wife, Mabel; their three children, who are married and active Adventist members; and six grandsons. One of his daughters, Marly Müller Bulich, a social worker, has been a member of the General Conference's Executive Committee since 2010 and was featured in an Adventist Review article in 2013.

Adventist leaders from South America and the Euro-Asia Division attended a funeral and memorial service on Dec. 5 and 6 at River Plate Adventist University, and Ted N.C. Wilson, president of the Adventist world church, sent his condolences.

“Please give Mabel and the family our profound sympathy and Christian condolences and love,” Wilson said in an e-mail to Biaggi. “What a hope we have in Jesus and His soon coming!”

Biaggi said Müller’s life of service could be summarized by Paul’s statement in 2 Timothy 4:7, 8: “I have fought the good fight, I have finished the race, I have kept the faith. Now there is in store for me the crown of righteousness, which the Lord, the righteous Judge, will award to me on that day—and not only to me, but also to all who have longed for his appearing.”

Profile of Heriberto C. Müller's daughter Marly Müller Bulich,a member of the General Conference's Executive Committee since 2010, published in the Adventist Review on Oct. 14, 2013: "Another View."