First Adventist indigenous woman to be commissioned in ministry capped the event in Australia. 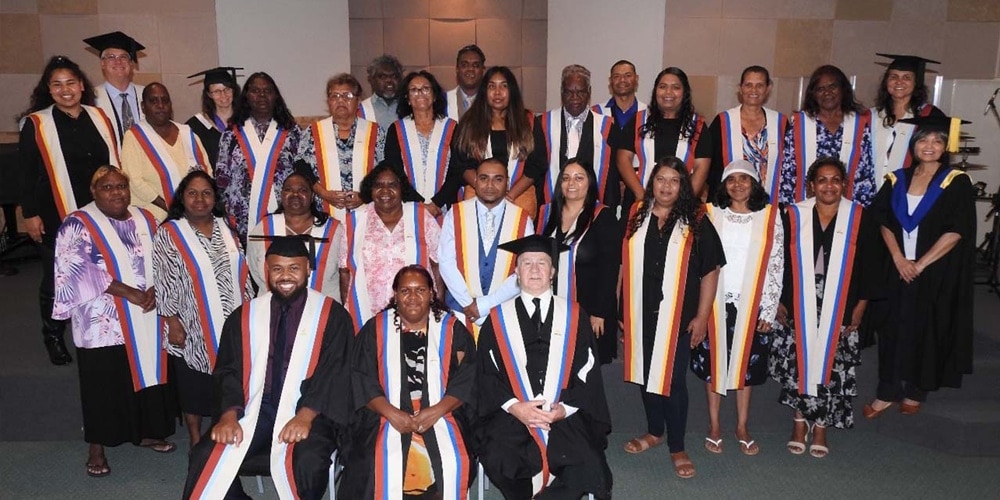 The weekend also saw the baptism of one of the students and the commissioning of Connie Toga, a Mamarapha College pastoral ministry graduate and the first Indigenous woman to be commissioned into the Seventh-day Adventist Church.

The college has been adversely impacted by COVID-19 interruptions and borders closures over the past two years. In 2020 the school was only able to conduct one of the 11 scheduled classes. Although in 2021 face-to-face classes could take place again, the college experienced a substantial decrease in student numbers.

“Despite these negative impacts, it was nice that we were able to celebrate graduation and several achievements to finish the year,” Mamarapha College principal David Garrard said.

“Pastor Garlett delivered an insightful message as he challenged all students with Jesus’ words in John 15:16 to live in accordance with God's specific calling on their lives to ‘go and bear fruit,’ despite the trials they will encounter,” Garrard said. “He explained that God’s calling is ‘the most exciting journey offered to mankind.’ ”

One of the graduates, Susan Doolan, lives in the remote Aputula community of Northern Territory. She is the first person from that area and wider remote areas of Northern Territory and Southern Australia to receive a Diploma of Indigenous Ministries. Doolan has a special ministry in the local school and teaches the children about Jesus through drama and music.

Another student, Soani Vosalevu, achieved the highest qualification offered at Mamarapha College, an advanced diploma in Indigenous pastoral ministry. Vosalevu has been working as a chaplain at Karralundi College in Western Australia and has been called by the Northern Australian Conference to commence an internship in the city of Darwin in 2022.

“Another highlight during the final 2021 study block was the baptism of Florence Williams on graduation morning,” Garrard said. “She is a Year 1 student who comes from Wujal Wujal community in far north Queensland, just south of Cooktown, and loves to share Jesus with her family and friends.”

“We have been blessed to finish the year on such a high note,” Garrard said. “We can see God working in our Indigenous communities and our Indigenous ministries, and we cannot wait to see what His leading brings in the years to come.”