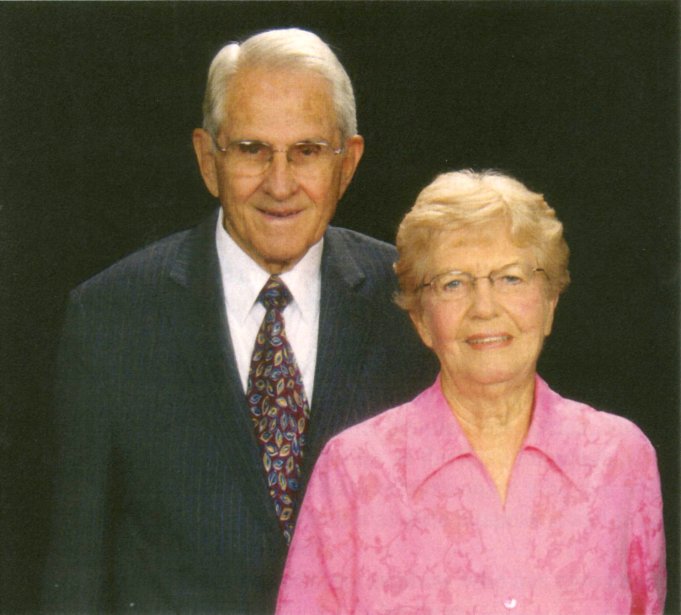 Fred G. Thomas, the son of Seventh-day Adventist missionaries who went on to become a missionary and senior church administrator, will be remembered as a giant of Adventist mission who shaped church policy in Africa for decades and modeled mission in his own home, spawning a new generation of church leaders.

Thomas, 90, died at 1:26 a.m. on May 6 in his home in Burleson, Texas. He had been in declining health after undergoing surgery, the first in his life, 10 weeks earlier, his family said.

“It is with sadness that we announce the passing away of Elder Fred G. Thomas,” said two of his four sons, Fred Thomas Jr. and John Thomas, and daughter-in-law Nancy, who all work at the General Conference, in an e-mailed statement to General Conference colleagues. “Elder Thomas died early on May 6 in his home with family surrounding him.”

Ted N.C. Wilson, president of the General Conference, called Thomas a careful and meticulous administrator who had a great appreciation for the mission of the church.

“We thank the Lord for the long-time mission service of Elder and Mrs. Thomas,” said Wilson, who worked with Thomas in the General Conference Secretariat from 1990 to 1992. Wilson was an associate secretary and Thomas was undersecretary at the time.

“His meticulous approach also was reflected in one of his personal hobbies, which was restoring an antique car in the basement of his home in Maryland,” Wilson said. “Soon Jesus will completely restore him and all of us at His Second Coming, which Elder Thomas preached about in his lifetime of service.”

G.T. Ng, executive secretary of the General Conference, paid tribute to Thomas as “a true legend.”

“Fred Thomas, missionary par excellence, rendered distinguished service to the mission work in Africa,” Ng told the Adventist Review. “In terms of dedication and tenacity, he was unparalleled.”

He said Thomas had left an indelible mark on mission, noting that even in his retirement years he and wife, Jean, had spent nine months as volunteers at Maxwell Adventist Academy in Kenya.

“Fred Thomas might have left us, but his mission legacy will continue to inspire a new generation of young people for cross-cultural mission,” he said.

Just as significantly, Ng said, Thomas epitomizes the blessings that can result when children are raised by godly parents and in turn pass on those spiritual values to their own offspring. Two of Thomas’ brothers also served as missionaries.

In addition to the two sons at the General Conference, a third son, David Thomas, chairs the theology department at Walla Walla University in College Place, Washington. The youngest, Peter, owns a construction company and goes on trips with Maranatha Volunteers International two to three times a year to raise churches and schools, usually in Africa.

“While some families have trouble passing on the torch of faith to their children, the Thomas family was able to inculcate and transmit commitment and service in a remarkable way for three generations,” Ng said. “Along the way, they have spawned a crop of dedicated leaders who are still blessing the church today. Fred Thomas had taught the church what it meant to have successful intergenerational transmission of spiritual values and behaviors.”

A Lifetime in Africa

Fred George Thomas was born on April 3, 1926, at the Kendu Mission Hospital in Kenya to British missionaries Frederick Herbert, a printer by trade, and Florence (Norris) Thomas, a secretary. His parents were life-long missionaries to Africa, arriving on the continent in 1924 and serving there for 42 years.

The eldest of four boys, Thomas was sent to England to live with his grandmother and attend the Adventist-owned Stanborough Park School at a young age because of the limited education opportunities available in Africa at the time.

“He did not see his parents for five years until they went back to England on furlough,” said Fred Thomas Jr., who works at in-house operations at the General Conference. “That was the kind of sacrifice that some missionaries made in those days.”

At Helderberg, he met Daphne Jean Hepburn, the daughter of two storekeepers who lived near the border of Lesotho. They were married in 1948 and immediately entered mission service in western Zambia in Barotseland, a region beyond the Zambezi River that remains remote to this day, his family said.

Thomas was responsible for building several homes at Liumba Hill Mission. He later oversaw construction of the Yuka Mission Hospital, which primarily cared for lepers.

“It has been a source of ongoing fascination that, for the first six months at Yuka, my mother and father actually lived in a mud hut as there were no other accommodations,” David Thomas said.

It was at Yuka that Thomas began the practice of learning the local language, a pursuit that resulted in him acquiring fluency in four languages other than his native English: Luo, Lozi, Swahili, and Ekegusii. He also spoke some Xhosa.

“Some Africans told him that they considered him to be one of them, which was a great compliment,” said Fred Thomas Jr.

Later after he moved to the United States, his son said, “he loved to surprise people … who he knew were from Africa by speaking to them in their native language.”

“At Kissi, he became one of the first to initiate missionary endeavors among the Masai, something for which he got into trouble with the colonial government as they wanted the Masai to be left alone,” David Thomas said.

In 1961 Thomas earned a master’s degree at Andrews University in Berrien Springs, Michigan. Then the family returned to Africa, where Thomas served as union president in Tanzania and Zambezi Union president in Bulawayo, Rhodesia.

No Slowing Down in U.S.

In January 1971, the family immigrated to the United States.

“Dad was really conflicted about coming to the United States because he had made a commitment to himself to serve Africa,” Fred Thomas Jr. said. “But he came for the benefit of his family, who were a family without a homeland. Technically England was our homeland, but we had no real connection with that country.”

Thomas served as pastor of three churches in Massachusetts, including the Village Church in South Lancaster, and later moved to Lincoln, Nebraska, to work as general manager of the Christian Record Braille Foundation.

After that, he went to Beirut, Lebanon, to serve as secretary of the Middle Eastern Union. Upon returning to the U.S., he briefly worked as corporation manager at the Ohio Conference before being elected Pennsylvania Conference president. From there, he became secretary of the North American Division in 1985 and then was elected two years later to the Secretariat at the General Conference. As undersecretary until his retirement in 1992, he had oversight of the minutes of more than 100 committees, David Thomas said.

“He held many significant positions, and I never knew him to make a decision to advantage himself over others because of his place in life,” he said. “He was very dutiful in an unselfish and balanced manner. I think that is a great legacy for any church administrator to have.”

Thomas retired in Texas in 1992 but did not slow down. He and his wife worked part-time at the office of the Southwestern Union Conference. He came out of retirement to serve as president of Southwestern Adventist University in Keene, Texas, from Aug. 29, 2001, to Feb. 28, 2002.

The university presented him with an honorary Doctor of Divinity degree in 2006.

“I observed that he was well respected by the members of his class,” he said.

Thomas was a favorite Sabbath School class teacher, and he also endeared himself to many by driving the school bus for the local Burton Adventist Jr. Academy, David Thomas said. He drove the school bus daily without pay until he turned 80, when he surrendered his commercial driving license.

“Though the struggles of old age began to overtake him, he was living at home and able to tend to life, including delivering food for Meals-on-Wheels up to three days a week, until his final illness befell him,” David Thomas said.

“At the end of his life Dad expressed his wish to ‘go to sleep until Jesus comes,’” he said.

Faithful to the End

A memorial service is planned for July 16 at the Arlington church. In lieu of flowers, the family has asked that contributions in Thomas’ name go to Maranatha Volunteers International.

He also is survived by one brother, Mervyn, an accountant and father of two in Perth, Australia.

His other two brothers, who preceded him in death, are Don, a missionary in the Congo and southern Africa for much of his life; and Ken, a missionary educator who worked mostly in Zambia and also chaired the mathematics department at Andrews University.

Fred Thomas Jr. said his father long would be remembered for how he dealt with people.

“People everywhere have commented on how he treated people in a kind, Christ-like manner,” he said. “He was greatly loved in Africa. When he resigned his position as the Zambezi Union president in 1971 to come to the United States, the African brethren begged him to stay.”

David Thomas described his father as a living embodiment of what it means to be faithful to commitments.

“The commitments he made became the guiding things in his life,” he said. “I mention three significant ones — to Christ and the Seventh-day Adventist Church; to his wife, Jean, in marriage; and to ministry. From the time he made all three of those commitments early in his life, he never wavered from any of them in the least.”